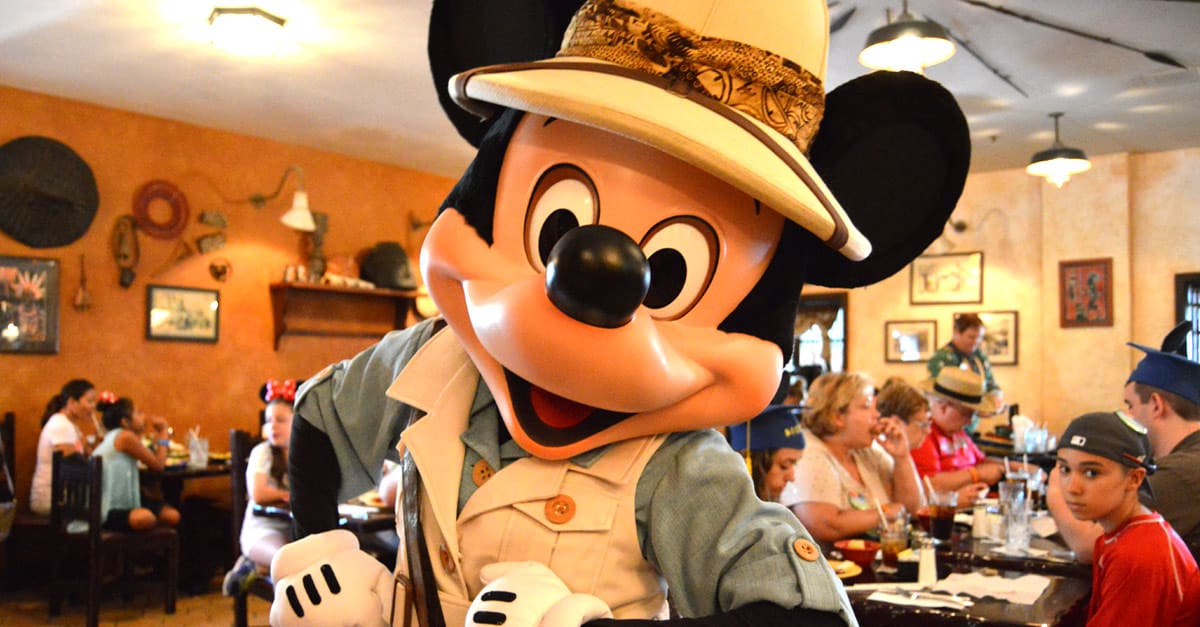 Disney’s Animal Kingdom opened on Earth Day, April 22, 1998, and is the largest theme park in the world, encompassing 580 acres.  This fourth Walt Disney World park is dedicated and themed entirely around the natural environment and animal conservation, which was a philosophy inspired by Walt Disney himself.  The Animal Kingdom is  zoological and entertainment theme park divided into six areas; Oasis, Discovery Island, Africa, Asia, Rafiki’s Planet Watch, and Dinoland, USA.  In addition to many exciting rides and attractions, there are plenty of restaurants offering unique and flavorful African, Asian, Indian, and American cuisines.  Let’s take a tour of the most popular, where they are located, and what they serve.