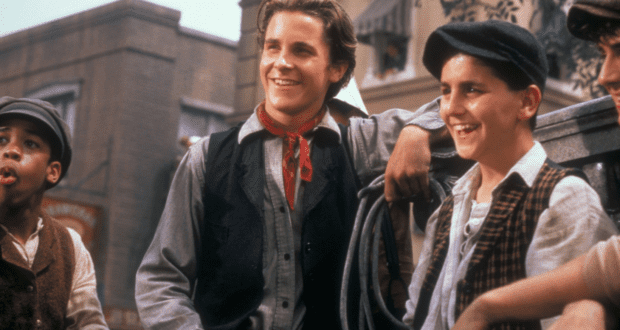 Another Disney Musical Is Now Available for School Shows

Modern Disney musicals like Encanto (2021) have stolen the show in recent years, but some Disney fans will remember the classic Disney musical Newsies from 1992. If you were a musical theatre fan who loved the spirited Disney movie about newsies (i.e. newsboys selling newspapers on the street in New York City) and the newsie strike from 1899 against publishing tycoons like Joseph Pulitzer and William Randolph Hearst, then you probably saw the Tony Award-winning stage version of the musical. The Broadway version of the musical features a “Tony-winning score by Alan Menken and Jack Feldman, and a book by Tony winner Harvey Fierstein”. 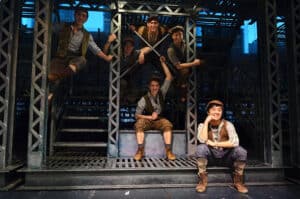 If you saw that 2012 Broadway musical, and you’ve always dreamed of performing its musical numbers or choreographing its Kenny Ortega dance numbers, then you’re in luck! Newsies JR. is now up for grabs for regular school adaptations of the musical, because its rights are “now available for licensing from Music Theatre International”, according to Playbill. Even though actor Christian Bale doesn’t look back on his lead role as Jack Kelly with incredible fondness, the movie has a cult following and its lively dance numbers are constant crowd-pleasers. This musical would also be a hit with anyone who likes Oliver Twist or Billy Elliot (which Spider-Man actor Tom Holland once starred in)! 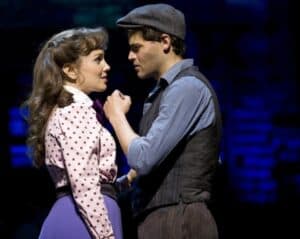 Newsies JR. is a “60-minute adaptation of the 2012 Broadway musical designed for young performers”, but it’s bound to be a fun musical onstage at your local school even if it’s shorter and more family-friendly than the usual show! If you want additional inspiration, there is also a filmed version of the live stage show available on Disney+, starring Tony Award-nominated Jeremy Jordan. 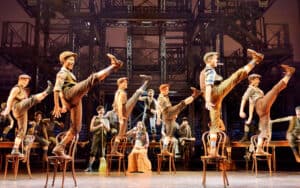 Educators or music teachers who are interested in acquiring the license to produce this show at their respective schools are also in luck if they have questions about getting started, because there is a free virtual question and answer session happening live on Zoom on January 26 to provide educators or music teachers with the opportunity to get more information. If you’d like to sign up for the Newsies JR. Virtual Class, from 2-3 PM ET, then you can sign up here!

Which Newsies character is your favorite: Jack Kelly, Medda Larkin, or Spot Conlon? Do you prefer catchy Newsies songs that are performed by the newsboy performers, such as “Carrying the Banner”, or do you like ballads like “Santa Fe”?