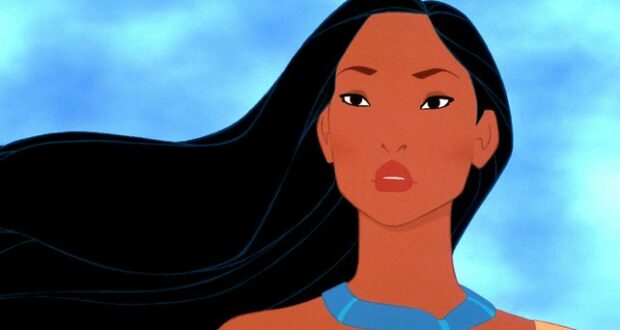 Thanksgiving is a time to come together with family and loved ones to share in food, festivities, and fellowship. Gathering together for a little heartwarming movie watching is also on the list of traditions for many. And due to their family-friendly nature, we feel that our suggestion for unwinding with a couple Disney movies throughout the day should be uppermost in the consideration of all households. From animated amusements to live-action modern and older classics alike, here are 13 excellent Disney movie picks to watch this Thanksgiving.

While this 1995 animated recounting of the John Smith/Pocahontas storyline is neither factual nor centered around the first Thanksgiving, it still reflects the mood of the first explorations into the New World and early interactions between Europeans and the Native American inhabitants. Additionally, the wondrous scenes depicting nature, lush forests, the imagery of wind blowing leaves, and that iconic musical number Colors of the Wind do well to put one in mind of the feel for fall in all its colorful splendor.

Another Disney movie throwback focusing on New World discoveries and Native American heritage is this live-action feature film from 1994. This drama, fit for all ages, is a loosely based retelling of actual pre-colonial events that unfolded in 17th century America. Watch as a young Brave is captured, taken from the only life he’s known, and is then forced to adjust to strange, unfamiliar new European surroundings and lifestyle practices. But his true foundational roots are more binding than any “civilized” adaptations can ever be, as the young warrior sets out for his greatest battle of all—the return home, even in the midst of inevitable changes.

For many Americans, the Thanksgiving holiday fills the heart and spirit with a sense of patriotism and appreciation of this nation’s history. That’s why this 2004 live-action Jerry Bruckheimer film is a premium recommendation. History buffs and adventure movie seekers of all ages can gather around to enjoy this story of unraveling clues and mysteries from America’s treasured history while trying to protect the one and only Declaration of Independence in the most literal and physical sense.

While we’re not denying the first Frozen is a “cool” movie to watch, there’s an obviously more autumnal atmosphere depicted in Frozen II, especially given the season in which the storyline is set to take place. And the underlying depiction of sisterly love, and the idea of creating a sense of family fellowship with new and old friends alike, delivers a great moral message of togetherness—perfect for the season.

Because a major part of Thanksgiving centers around the idea of dinner and feasting, we can’t overlook this animated 2007 Disney·Pixar movie that’s sure to whet your appetite. Gather around and watch as the antics of a struggling budding chef and his dependency on the culinary skills of a rodent, who’s obviously in the wrong business, unfold into a unique, one-of-a-kind amusing heartwarming story.

8. Lady and the Tramp

While Lady and the Tramp may seem like an unlikely inclusion on the list, there is something seasonal in and of its nature as a warm story of belonging, following the whole family togetherness motif. From a stray without any family or true friends to a doted on domestic feeling misplaced following a change in family dynamics given a new addition, both the original animated 1955 version as well as the newer live-action remake from 2019 are wonderful suggestions. And don’t forget that iconic spaghetti dinner scene, arguably in line with the Thanksgiving dinner/feasting theme we previously touched on.

This next recommendation confirms what you may have already expected—Thanksgiving this year is going to the dogs, but in a very good way. Who doesn’t love a warm wet nose and something soft and furry to cuddle up with? Well imagine the charm and delight 101 times over. Whether you opt for the animated original from 1961 or the 1995 live-action installment (or even both), these doggies demonstrate perfectly the old idea that families come in all shapes and sizes.

As we’ve already established, Thanksgiving is a celebration of family. So what better way to celebrate your incredible family with a movie that’s all about an incredible family? If you and your own aren’t too busy saving the world, consider unwinding at home for a little movie time as you watch this leading superhero family deliver justice along with humorous antics and adventures along the way. You can even make it a double feature with a back-to-back indulgence of The Incredibles from 2004 followed by the 2018 sequel Incredibles II.

From super families to more ordinary ones, family is everything. And this season togetherness, at least in the sense of immediate family, is more important than ever before.  Perhaps your current situation makes you feel like your trapped on a desert island with your loved ones. Well then, you may be able to relate to The Swiss Family Robinson more now than ever before. This live-action classic from 1960 may be an oldie, but it’s packed with an abundance of action, adventure, and amusement that spans across all generations and can be enjoyed at any age.

There’s more than one Robinson family in the Disney collection. And while this Disney Animation film from 2007 is largely underrated, the deep, underlying moral messages at work here earn it our seal of approval for being a motivating, uplifting Thanksgiving pick that’s sure to make you stop and count your blessings. The theme is surprisingly deep for a children’s movie, focusing on the struggles of being an orphan facing an uncertain and seemingly futile future. But through a series of well-orchestrated original and unpredictable events, even the bleakest times and loneliest feelings can unravel motivations and successes you never thought possible…and family ties you never would have expected.

Another fun, furry, tail-wagging folly celebrating family and togetherness is this inspirational live-action pick from 1993. Based partially on real events, this storyline proves that enduring family bonds, including those between pets and people, know no boundaries, as two dogs and a cat set out on a most “incredible” journey spanning many miles and braving unforeseen trials and dangers along the way. Returning to the family-centered theme of being together for the holidays, it seems fitting that the film wraps up with a Thanksgiving Day feast, in which all characters have more to be thankful for than ever before.

In this live-action Disney classic from 1960, the title character reaffirms the idea that there is something to be glad about each and every day, and in each and every situation. While there are no blatant references to the Thanksgiving holiday, per se, this sweet and uplifting depiction of nostalgic Americana drives forth the idea of thankfulness, gratefulness, and staying upbeat and optimistic in everything. And all those reasons alone garner this a most premium pick for Thanksgiving movie watching.

In getting back to basics with a more obvious Thanksgiving-centered theme, we can’t dismiss this made-for-television live-action throwback from 1986. In this heartwarming story, a young boy is asked by his neighbor to care for an injured and ailing Canada goose, which is intended to be the main course for his upcoming Thanksgiving dinner. But when a sentimental bond is formed between boy and bird, obligations and motivations are quickly turned over. While at first the theme for this film may seem a little intense to earn a family-friendly seal of approval, we assure you that young children and animal lovers of all ages will neither be offended nor disappointed with this recommendation.

There are plenty of other uplifting, motivating, and encouraging Disney films to boost the Thanksgiving spirit. In addition, you can check out a wide range of classic Disney shorts as well, including the cute seven-minute Donald Duck cartoon Soup’s On! from 1948 and the 1953 compilation known as Thanksgiving Day Mirthquakes. Always remember, while Thanksgiving this year may feel different, Disney movies can make anything more magical. And that’s something you can always be thankful for!