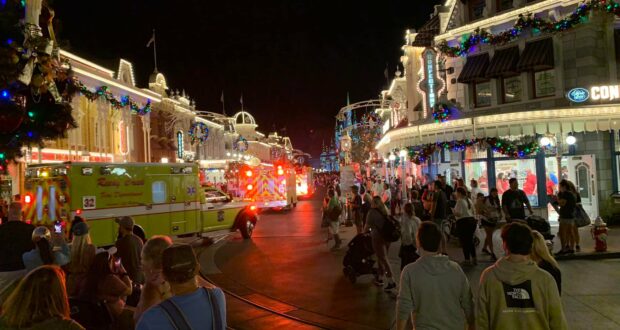 Guests in the Magic Kingdom at the Walt Disney World Resort tonight have shared images of emergency crews making their way down Main Street U.S.A. Orange County Emergency Services has listed the call as a fire via a 9-1-1 call log, and early Guest reports on social media mentioned smoke near Frontierland or Liberty Square, but we have since confirmed that the fire was started in the kitchen of Cinderella’s Royal Table inside Cinderella Castle. 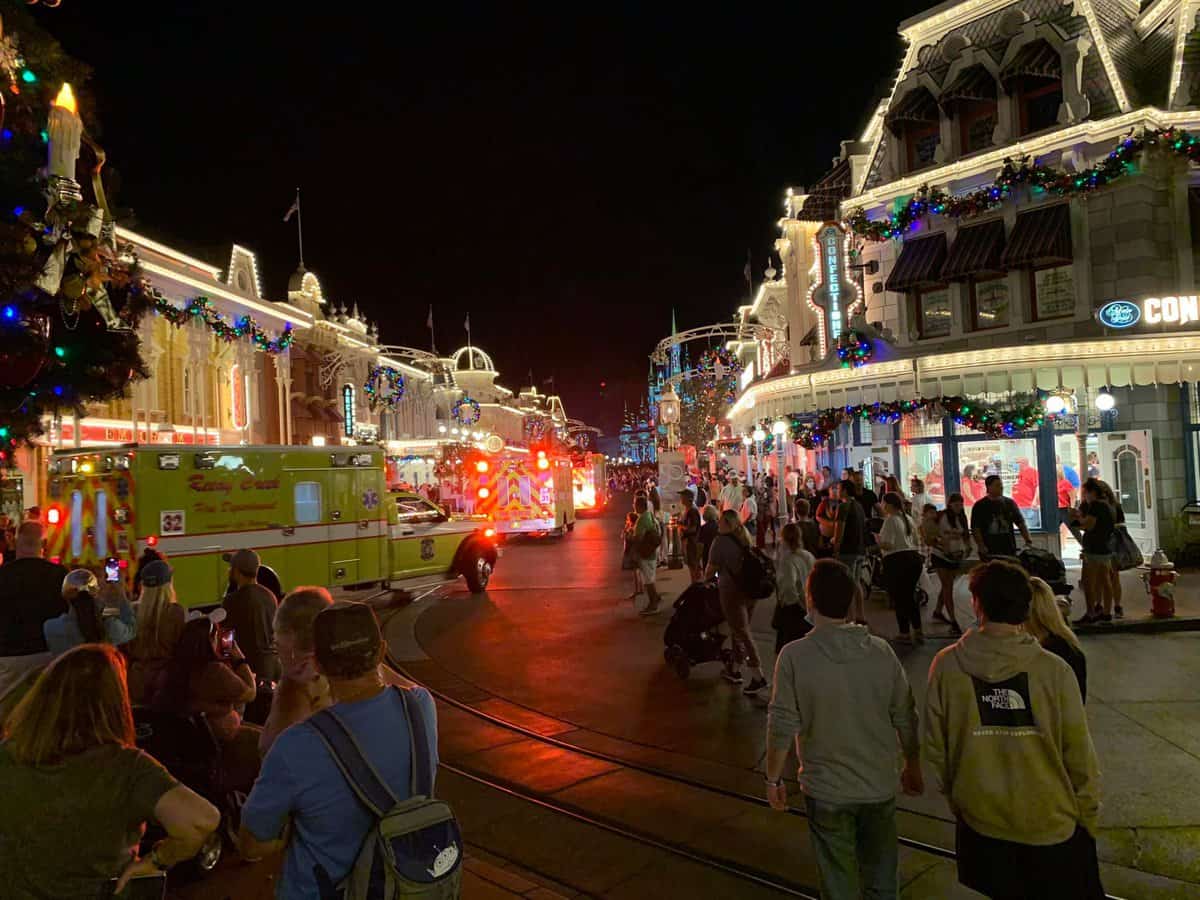 With the fire taking place inside Cinderella Castle at Cinderella’s Royal Table, Cast Members are currently evacuating Guests from nearby areas of the park. Guest John Keegan, who was in the area and took the above photo, also shared that emergency services brought someone out from the side doors of the Emporium to the doors near Tony’s Town Square Square Restaurant on a stretcher, however, this may have just been a precaution as Disney has since confirmed that no one was hurt during the accident. 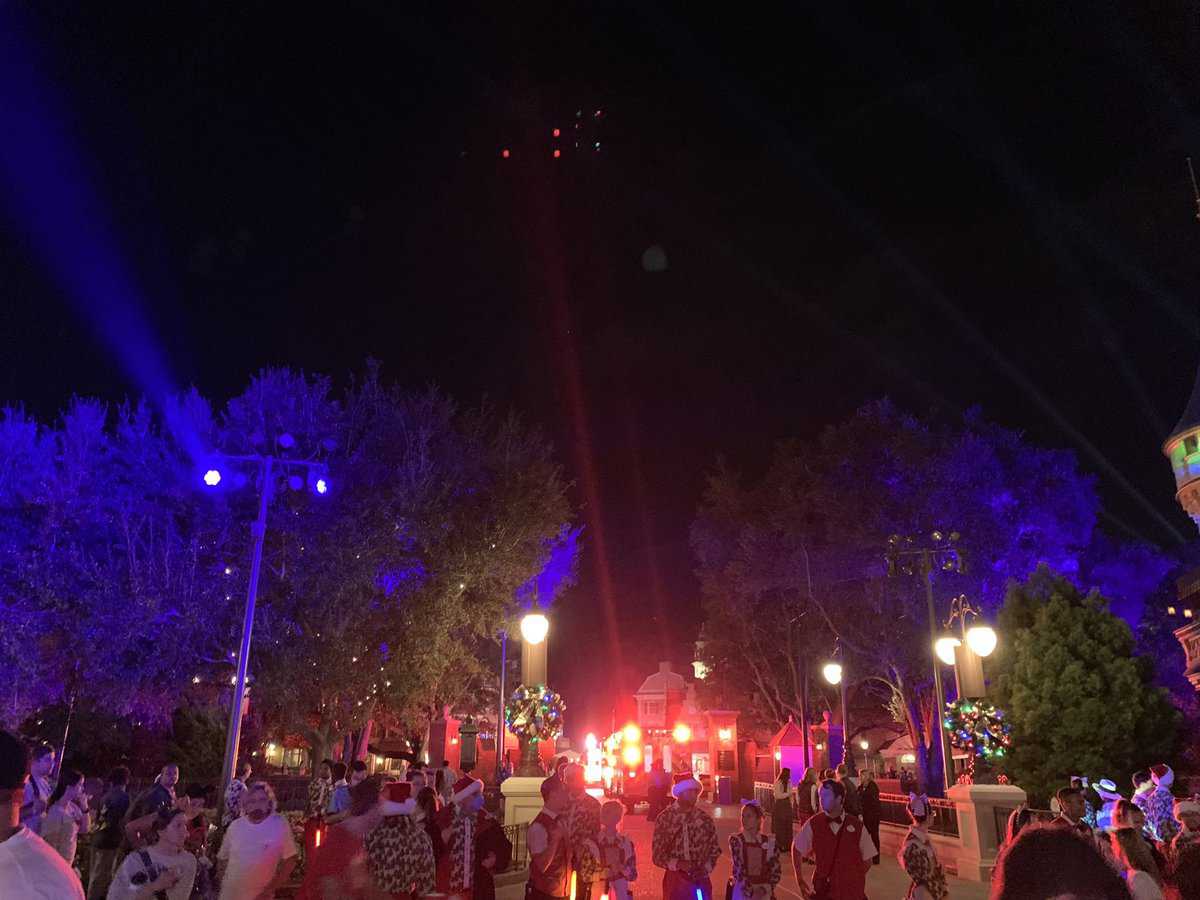 Guests who were dining inside Cinderella’s Royal Table when the fire broke out were evacuated down the back staircase of Cinderella Castle into Fantasyland where Cast Members helped move them to a safe area as emergency crews arrived on the scene.

Scott Gustin on Twitter has shared a statement by Disney confirming that the fire was small and quickly put out by using fire extinguishers and that no one was hurt during this event.

Walt Disney World has issued a statement about the incident at Magic Kingdom earlier today:

“There was a small fire in Magic Kingdom. The fire was quickly extinguished by fire extinguishers. No one was hurt.”pic.twitter.com/962UWV0uSM

Magic Kingdom Cast Members were quick to respond to the incident, and Guests onsite report that the Cast Members they interacted with all handled the emergency situation extremely well and were quick to move Guests out of the area and keep everyone safe.

As of about 7:30 pm EST, emergency crews have left the park, and Guests have been let back into previously closed areas.