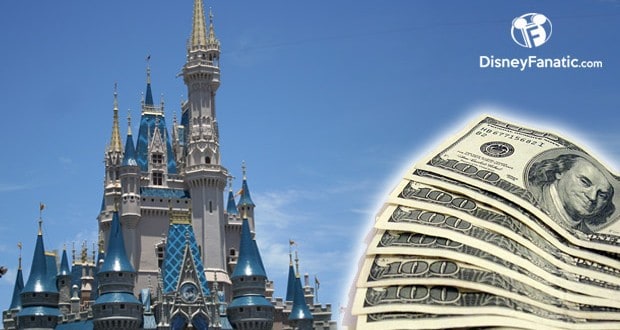 Can Your Family Afford a Disney World Vacation?

There is no doubt that a Walt Disney World vacation is expensive. You’ll need to pay for transportation to and from Central Florida, tickets, accommodations, food, and souvenirs. There are ways to save on each of those items, and allow you and your family to have the vacation of a lifetime. Here are a few ways that you can save money and get the most out of your time at Walt Disney World.

The time of year that you visit Walt Disney World will have a major impact on how much you will pay. Summers are extremely busy, as are the weeks surrounding Thanksgiving, Christmas, New Year’s, and Easter. Prices also go up around three day weekends and near Spring Break weeks. Traveling during the off season has the added benefit of the parks being a little less crowded, and the weather is more comfortable during much of the off season.

After you’ve decided when you want to visit Walt Disney World, make an itinerary. This will save you a lot of time, and when you’re on vacation time really is money. Research the rides and attractions, and decide which ones are most important to you. Study the maps so that you will have an idea of how to get around the parks once you’re there. Having a set plan will help you to get the most out of every dollar that you spend.

The best way to save money on flights is to travel during the off season. Studies suggest that the best time to book a flight is seven weeks before you plan to travel, although three months to 15 days in advance is a good window to shoot for. If possible, don’t wait any later than that because there is usually a sharp increase in the price two weeks before a flight. If you are flying, you might want to consider staying at a Walt Disney World resort hotel. If you do, Disney’s Magical Express will pick you up at the airport and drive you to your hotel so that you won’t need to rent a car.

If you’re driving to Central Florida, learn the tax on gas in the states that you’ll be driving through. Plan to fill up in states that have lower gas tax because the savings will be significant. Use an app such as Gas Buddy to find lower prices along your route. Once you’ve made it to Orlando, don’t fall for a certain gas station near the Walt Disney World entrance that hikes up the price and claims to be “the last gas before Disney”. There are three Hess Stations on Disney property, and the price is comparable to other stations in the area.

Another huge chunk of your vacation budget is going to go towards your hotel room. You’ll need to decide whether or not you want to stay on Walt Disney World property. There are many benefits to staying at a Disney Resort hotel, including Disney’s Magical Express and the Disney Dining Plan. The problem is that even the value resorts are expensive. You might want to consider staying at a budget hotel near Walt Disney World. Some offer free transportation to the parks, and you’ll pay a lot less each night. Some of the budget hotels are a bit older, and you won’t find the same quality or service that Disney has to offer. Only you can decide whether or not it’s worth it to stay at a less expensive place.

There is no such thing as a cheap ticket to Walt Disney World. It is possible to pay a little bit less for tickets, but you’ll only save a few dollars. If you’re eligible for discounts such as military or AAA, use them. If not, order your tickets through an Authorized Disney Ticket Seller. Look for the logo; it’s a black Mickey shadow on a red background with the words “Authorized Walt Disney World Ticket Seller” to the right in red and black. You might not save much, but every little bit helps. When ordering your tickets remember that the more days on the ticket, the less that you’ll pay per day. Don’t overdo it and buy more days than you’ll use. You might also want to skip the Park Hopper Option, unless you’re sure that you’ll use it. It allows you to enter more than one park each day. If you don’t get Park Hopper and then realize that you want it, you can add it to your tickets once you’re at Walt Disney World.

Near the parks you’ll see giant balloons and signs that claim that they sell “Cheap Tickets”. Don’t fall for it. Many such places will buy used tickets and then sell them to unsuspecting tourists, who think that they will be able use the tickets and get into the parks for less. Reselling tickets is illegal, and since Disney uses a biometric finger scan at each park’s gate you will not be allowed in. Arrests of such sellers are made fairly often, but since reselling tickets is a misdemeanor many of the unauthorized sellers will just pay the fine and continue to sell worthless tickets.

Not all of the “Cheap Ticket” places are scams. You can also get discounted tickets if you’re willing to sit through a timeshare presentation. If you decide to give that a try, remember that it is an extremely high pressure environment. It will be the goal of the staff to get you to agree to something, and you will lose precious vacation time because you will not receive the tickets until they are finished with you.

There are several ways that you can save on food, making your Disney vacation more affordable. If you’re staying at a Walt Disney World resort hotel you might want to look into the Disney Dining Plan. There are several versions, and you will not be counting pennies each time your family gets hungry. Sometimes the Value Plan is offered for free, but there are a lot of restrictions and regulations. It still might be worth looking into.

Another way that you can pay less for your meals is to leave Disney property and find something cheap nearby. On Irlo Bronson Memorial Highway you’ll find fast food restaurants and all-you-can-eat buffets. You need to decide ahead of time if it’s worth it to take time out of your vacation in order to find a cheaper meal.

If you decide to eat inside the parks, be careful with what you order. Many of the quick service restaurants have burgers, sandwiches, or individual pizzas that come with sides. Order the entree without the side and you’ll be surprised by how much less you pay. Have the younger kids share an entree instead of ordering two kids’ meals. If you go to a full service restaurant, dine on appetizers instead of ordering entrees. Some of the full service restaurants cost less at lunch than they do at dinner. If you’re trying to save money, skip the Disney buffets. While they will fill you up, they are also extremely expensive.

Another way that you can save money on food is to bring it into the parks with you. Disney does not discourage this. Bring in snacks or even make peanut butter sandwiches and have them for lunch. That’s one less meal that you’ll have to buy. Bring in water bottles as well, and fill them up at the water fountains. That will cost a lot less than buying drinks.

The best way to save on souvenirs is to set a budget. Get a gift card for each child and refill it each day so that your kids will know how much they can spend. Stick to it, don’t give in when there is something that they do not have enough money for. Pay with cash, don’t use your credit cards. Before buying a souvenir, decide whether or not you really want it. Don’t make any spur of the moment purchases, hold off until the end of the day to buy souvenirs. That way, you’ll know for sure that you really want it. Plus, you’ll also have an opportunity to see if the same item is sold for less elsewhere in the park. I grew up in Western Massachusetts. When I was nine my family and I went to Disneyland and I was hooked. I grew up, attended New England College in Henniker, NH and eventually moved to Virginia. I worked as a disc jockey, married, and became a full time mom when our daughter was born. Fast forward several years. In 2010 we moved to Central Florida and my Disney obsession grew. I now work as a freelance writer and spend my spare time in the parks. I have a love of science fiction and I am the author of the novel Dream Wanderers. The sequel is due out in 2014. I also am a co-author of the InsideScoop To Walt Disney World series. 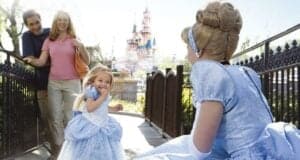 Dreaming of a Disneyland Paris Vacation? Now Might be the Best Time to Go! 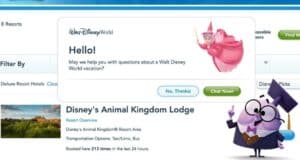 Sure-Fire Way to Get Help on Disney World’s Website 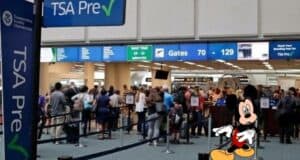