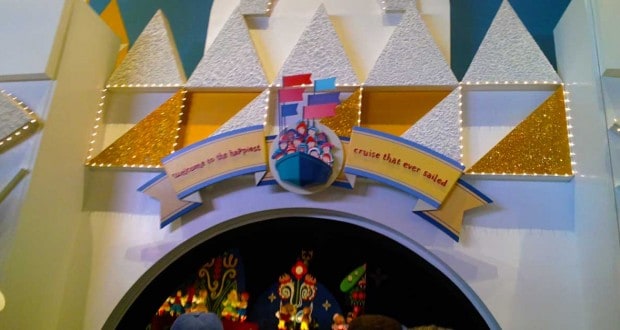 Ten Disney World Rides That Your Teenager Will Hate!

The teen years are difficult. They are filled with peer pressure, wanting to fit in, and looking for thrills and new experiences. Walt Disney World is a great place to make sure that those thrills are safe. Many teens love Rock ‘n’ Roller Coaster, Expedition Everest, Space Mountain, and Test Track. There are also some rides that will bore most teens. You might want to stay away from them to keep harmony in the family, or let your teen ride something else while you take the younger kids on these rides.

Walt Disney loved trains, and the Walt Disney World Railroad does a great job of bringing his passion to the park. Unfortunately, the train moves slowly, and it takes longer to get from one station to the next than it would to walk. Teens are always in a hurry, so let yours walk across the park while you ride.

9) Living with the Land – Epcot

Most teens do not want to have an agriculture lesson in the middle of their vacation. Living with the Land is a slow moving boat ride that shows different growing methods that are used by the park. Parents might find it fascinating, and small children will like seeing the fish. Let your teen get in the single rider line for Test Track while you learn about growing techniques.

8) The Hall of Presidents – Magic Kingdom

If your teen is a history buff, he or she will love The Hall of Presidents. Otherwise, the show will bore your teen to tears. Parents will enjoy the roll call, younger children will like the break from the heat, but teenagers will spend the entire presentation thinking about how they could be riding Splash Mountain instead.

Cute dinosaurs go around in circles…and that’s it. Many teens will see this ride as a Dumbo ripoff. It doesn’t help that your teen will be able to see the crazy roller coaster Primeval Whirl while on TriceraTop Spin. Since the line is usually short, ride TriceraTop Spin a couple of times with the younger children, as your teen rides Primeval Whirl or the nearby DINOSAUR.

Peter Pan’s Flight is extremely popular. That means that the lines grow long quickly. It is not unusual for the ride to have a wait time of 50 minutes or more. Your teen isn’t going to want to wait that long, especially to sit in an uncomfortable flying ship that sometimes makes strange squeaking noises. A possible solution to avoid the long line is to use FastPass+, but the Magic Kingdom has many rides that most teens would prefer to use those on. If you decide to ride, let your teen head over to Space Mountain instead.

Younger children may get a kick out of looking for Donald on this ride, but teens just won’t see the point. The boat moves slowly and floats past scenes of Donald’s friends looking for him. There are also better live action scenes in other Disney rides. Your teen might enjoy Maelstrom more. While he or she could find that ride lame as well, at least there’s a waterfall.

Chances are that your teen is not going to appreciate the history of this classic. Instead, he or she will feel trapped inside the moving theater. Teens might find the audio-animatronic characters a little bit freaky, and they might also point out after it’s over that the final scene is not an accurate representation of the present. Many teens say that the best thing about the attraction is that it allows them to take a quick nap on a hot day.

Including the pre-show, Ellen’s Energy Adventure is 45 minutes long. That is a long time to ask your teen to take out of his or her day, especially when Mission Space is right next door. Teens don’t want to learn about energy, and even if they do the information covered is pretty basic and they probably already know it. The fact that Bill Nye the Science Guy is a part of the attraction will make it seem lamer to many teens, since his work is geared towards a younger crowd. Unless your teenager is a huge fan of Ellen DeGeneres, allow him or her to skip this one.

Sitting in a slow moving train for 22 minutes while watching scenes from movies that they have never heard of is not the way that most teenagers want to spend their time at Disney’s Hollywood Studios. They know that there’s no danger from Mugsy, and they have little interest in riding through The Public Enemy. Even the movie montage at the end will not excite many teens, especially if they know that the line is short for Star Tours.

Yes, it’s a Disney classic that dates back to 1964. It’s also a long, slow ride through rooms of creepy singing dolls. Most teens won’t find the dolls endearing, and they’ll be complaining all day about having the song stuck in their heads. Ride with the younger children and let them enjoy it, while your teen checks out the line for Seven Dwarfs Mine Train instead.