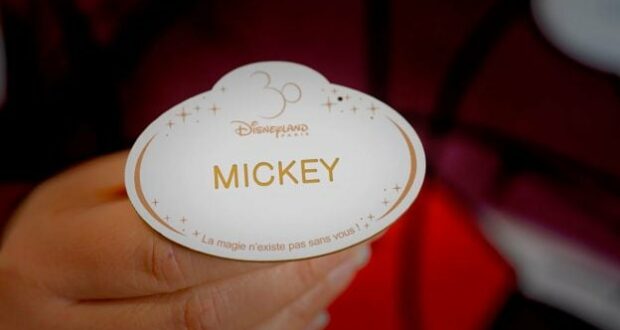 The 30th anniversary of Disneyland Paris is coming up on April 12, 2022, and for the first time at a Disney theme park, Cast Members are being given the opportunity to vote on the design for their new nametags just for the celebration! 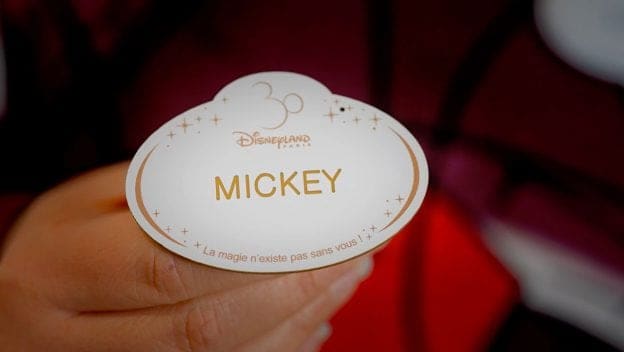 Since opening in 1992, Disneyland Paris has undergone a number of expansions and changes adding new stories to continue the legacy put in place when Disneyland park was opened in California in 1955. With preparations for the resort’s 30th anniversary now underway, Disneyland Paris is recognizing the hard work, dedication, and passion Cast Members have for their roles by giving them the opportunity to help select their new nametag designs.

Disney Cast Member nametags have become an iconic tradition for everyone working in Disney parks around the world. Nametags allow them to have more interactive and personal experiences with Guests, and offer conversation starters by sharing where they are from and what languages they speak. Even the ways that Cast Members receive their nametags when they join the company are magical in themselves (guess you’ll have to be a Cast Member to find out what that’s like!)

Disneyland Paris ambassadors met up with a couple of Cast Members to share the news about new nametags in the video below:

All Disneyland Paris Cast Members will have the opportunity to cast their vote for which nametag design they prefer, and the winning look will be handed out to Cast Members when they receive their new nametags for the anniversary event next year. In the meantime, Cast Members can share their picks for which design they voted for with the social media graphics below: 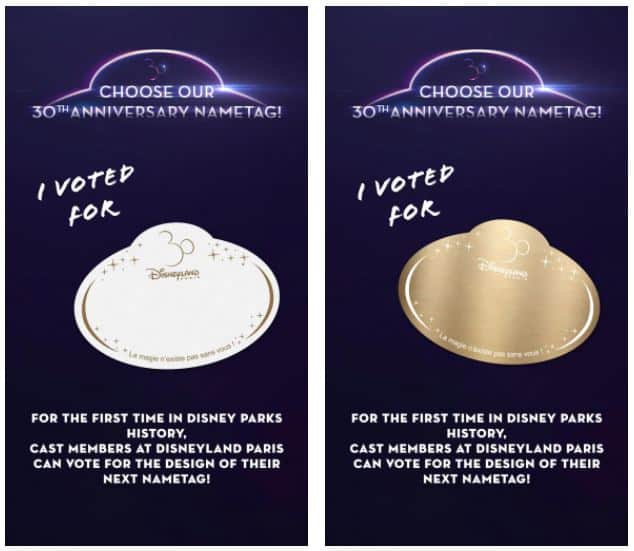 We are so excited that Disneyland Paris Cast Members are able to take part in this historic event, and we can’t wait to learn more about the resort’s 30th anniversary celebration (and see which nametag design is the winner!)