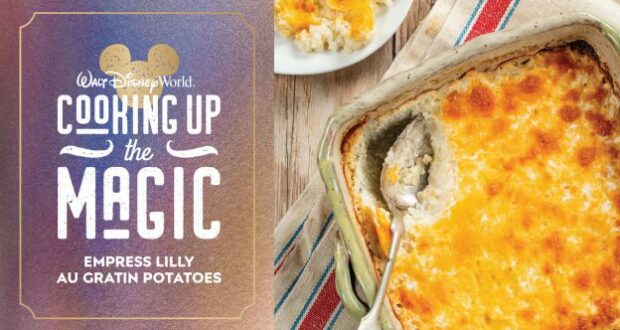 We love a good cookbook and one filled with recipes from Walt Disney World is even better! Debuting in time for the 50th anniversary celebrations at the Walt Disney World Resort, “Delicious Disney: Recipes & Stories from the Most Magical Place on Earth,” by Pam Brandon, Marcy Carriker Smothers, and The Disney Chefs, has us ready to try our hand at some incredible Disney parks recipes right from home. 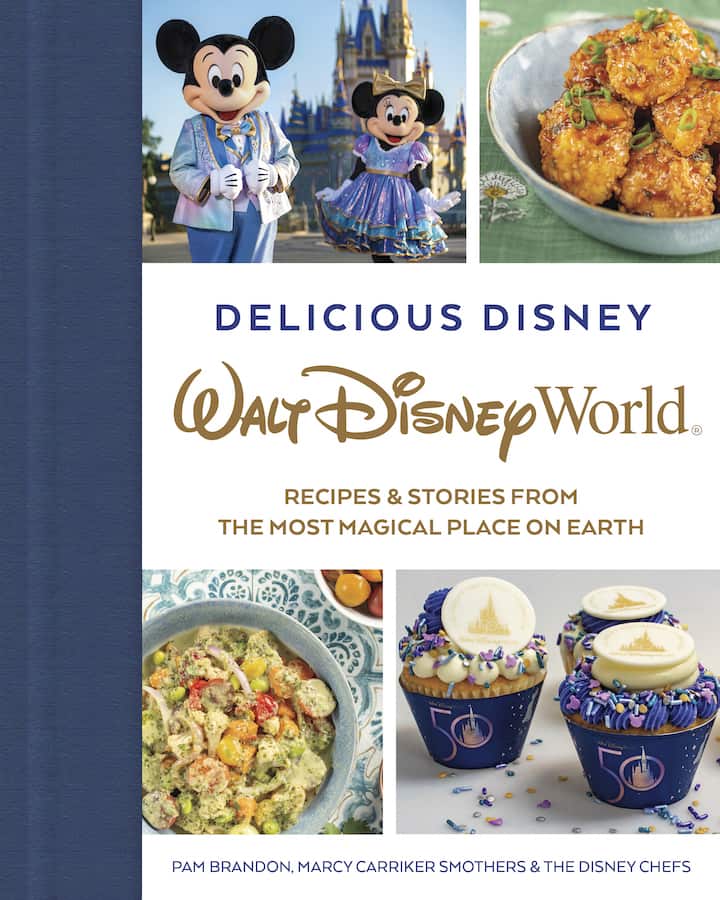 The book features Empress Lilly Au Gratin potatoes, a tasty recipe from Walt Disney World’s past, and the Disney Parks Blog was kind enough to share the recipe with us as a preview! But first, do you remember Empress Lilly?

Empress Lilly is the name for the riverboat that is now seen on the shore of Disney Springs (it is currently home to the Paddlefish restaurant.) The boat was named for Lillian, Walt’s wife, who he affectionately called Lillian. The Empress Lilly first opened as a dining location in 1977, and Lilly and five or her and Walt’s grandchildren were on hand for the dedication ceremonies. 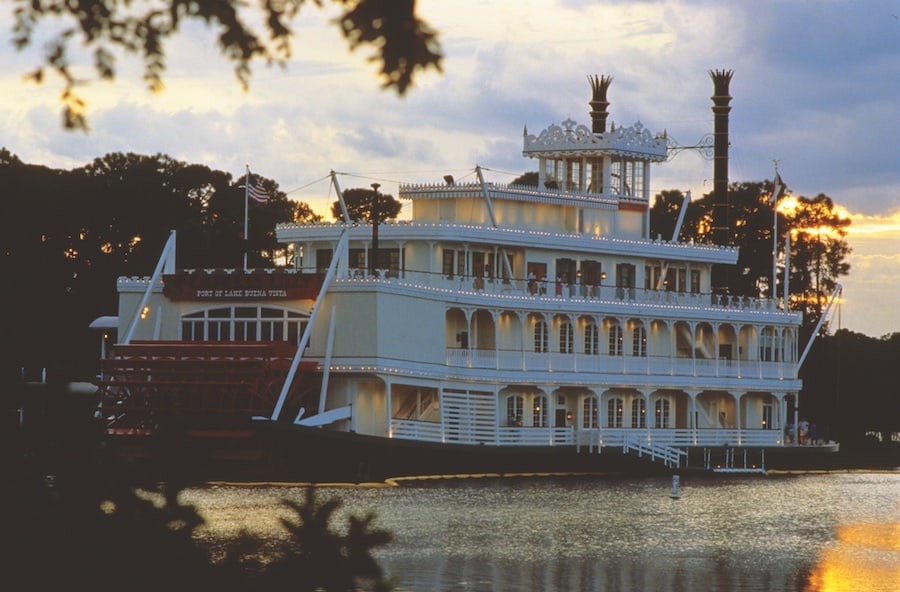 The Empress Lilly Au Gratin Potatoes were featured on one of the original menus, at this location that at the time was one of the most elegant dining experiences at Walt Disney World complete with a jazz lounge and three separate restaurants. Grab the recipe, courtesy of the Disney Parks Blog, below, or download a printable version here. 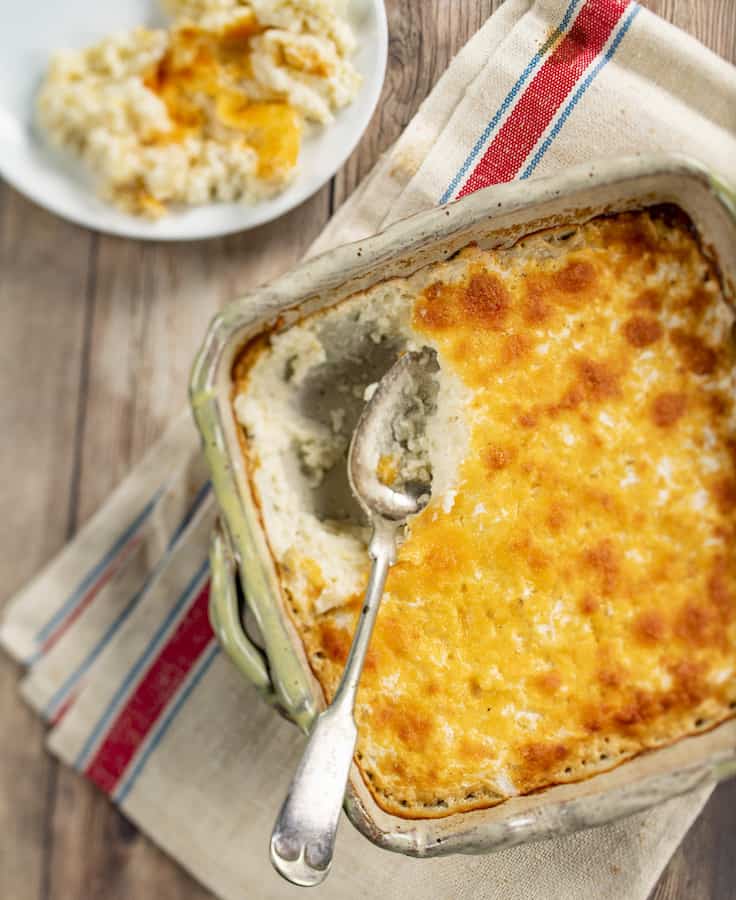 2 large baking potatoes
1 cup half and half
½ teaspoon coarse salt
¼ teaspoon pepper
½ teaspoon celery salt
1 tablespoon finely grated onion, optional
3 tablespoons grated cheddar cheese
Preheat oven to 375°F. Bake potatoes 50 to 60 minutes, or until soft enough to pierce with a fork. Refrigerate to cool, then peel and coarsely grate.
Bring half and half almost to a boil in a small saucepan over medium heat. Add salt, pepper, celery salt, and onion. Mix in grated potatoes.
Reduce oven heat to 350°F. Spoon potatoes into buttered 1-quart baking dish. Sprinkle with cheese. Bake 15 to 20 minutes, or until browned and bubbly.
Note: Always use caution when handling sharp objects. Please supervise children who are helping or nearby. This recipe has been converted from a larger quantity in the restaurant kitchens. The flavor profile may vary from the restaurant’s version.

If you make the potatoes, be sure to let us know on our Facebook page how it turns out! We can’t wait to get our hands on this cookbook to see what other Disney recipes we can create from home this fall.