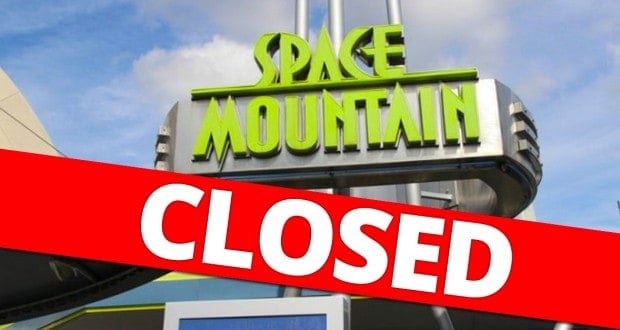 If Disney Closed These 10 Attractions We Would Be Heartbroken: Magic Kingdom Edition!

When most people think of Disney you think of certain rides and attractions that define the park and make it unique to you. If Disney were to close the rides that make them who they are, what ever would we do?! Because I’m in a Magic Kingdom mood tonight, let’s talk about the attractions there that would break our hearts if they ever closed!

10. The Mountains: When thinking of the Magic Kingdom and the thrill rides that come along with it, we think of the three Mountains: Splash Mountain, Thunder Mountain, and Space Mountain. These mountains don’t necessarily define the park, but they put the thrill in the Magic Kingdom. The story of Brer Rabbit is an “oldie but a goodie” and holds a special place in the hearts of both young and old. Space Mountain is the ultimate thrill ride that’s inside! The excitement of not being able to see where you will go next gives such adrenaline! Thunder Mountain is my favorite ride in all of Disney! All the Mountains were my first “thrill rides” as they were and still are for many people. If these mountains were ever to close, I think I would cry!

9. Swiss Family Treehouse: Even though this isn’t a ride of any kind, it’s still a classic! Being able to walk through the treetops of the Swiss Family Treehouse is so cool! You really feel like you are in the treehouse that the family lived in! If this attraction closed, it would be devastating! This attraction opened when Disney World opened and pays tribute to one of the classic Disney movies! It is nice to be able to still cherish those older movies and attractions that were so loved and still loved!

8. The Country Bear Jamboree: Another classic at Disney, this show is both sweet and funny! This show also opened when Disney World opened in 1971! Who doesn’t enjoy watching those hilarious bears sing their hearts out! It makes for a good laugh and it is also a place where you can take a few minutes and relax. If this show were to close, it would be a sad day because of the all the laughter and songs that have come out of the show!

7. Walt Disney’s Enchanted Tiki Room: “In the Tiki, Tiki, Tiki, Tiki Room!” You can’t say you didn’t sing it! This show is also a classic at Disney! Walt Disney loved the idea of bringing his animation to life and in the Tiki Room he was able to do just that! Starting out at Disneyland, he had much success so they had to put it in Disney World as well! Even though he didn’t live to see Disney World, the imagneers knew that Disney loved this show so they put it there! To know that this show was handpicked by Walt Disney is so cool and if they shut it down, I would be devastated not only for myself but also for the spirit of Walt Disney.

6. The Mad Tea Party: Also known as the teacups, this ride is one that both young and old can enjoy! These cups take you round and round on a spinning adventure and bring so much fun to your day and your trip! It would be a tragedy to see this ride go because it’s a type of thrill ride that younger children can enjoy along with their whole family! It includes bright colors and you get to celebrate your “un-birthday.” It would be so sad to see this ride go!

5. It’s a Small World: This ride is a favorite for so many people and if it were to shut down it would be a tragedy! I love that on this ride you go through different countries and get to hear all the different languages singing “It’s a small world after all.” I know that the tune will be stuck in your head all day long, but you have to love it! It’s one for the whole family to enjoy and it’s worth it seeing your kids laughing and grinning from Mickey ear to Mickey ear.

4. Pirates of the Caribbean: When I was thinking about the attractions to put in this article, I asked my husband which attraction he would be heartbroken over the departure of. No surprise at all, he immediately called off Pirates of the Caribbean! This ride is so much fun. Now don’t get me wrong; I loved the old ride but I love that it was reimagined after the movies came out. Seeing the attitude and familiarities of Jack Sparrow within the ride is so cool! This ride is definitely one for the boys and even the men! Of course the ladies love it too, but I know that the gentlemen would be devastated if this ride was to close down.

3. Dumbo: Oh Dumbo. I love Dumbo so much. The movie and the ride make me smile! Being able to fly through the air on Dumbo’s back has to be a dream come true for any child that has seen the movie! It is ride for young and old, and now that the new play area has been opened inside for the kids to play in while they wait for their turn, it is even better! Disney would be crazy to close down such a ride as this! It is loved by all and let’s be honest: it always will be.

2. Peter Pan’s Flight: This ride has been and still is one of the most successful rides in all of Magic Kingdom. Every time I go to get in this line, the wait is anywhere from 30-90 minutes! A classic movie put into a magical ride through Neverland! Boarding your ship and flying over London and Neverland is a treat for the whole family! Disney would be absolutely crazy to shut down such a successful ride! Everyone will always love it!

1. Prince Charming Regal Carousel: From the opening of Disney World in 1971, the carousel has captured the hearts of young and old. The carousel pays tribute to Cinderella and her Prince Charming and is ridden by children and adults of all ages. It compliments Cinderella’s castle, and Disney wouldn’t be the same without it. You can’t go to Disney and not ride on the carousel! This is an attraction that I know my mother, as well as so many others, would be devastated over if Disney were to close it.

These attractions mean so much to me as well as many other Disney lovers who travel to Disney. If these were to ever close, the parks wouldn’t have that same feeling. These classic attractions define Disney and pay tribute to things that Walt Disney himself loved. I believe that they will always be popular and will always remain at Disney as long as we keep them alive and share with our children the magic of each attraction.

– 10 Closed Disney Rides We Miss The Most

I love talking and reading and breathing and everything Disney. I am married to an amazing man who also has a love for Disney. I love Walt Disney World and we try to visit as often as we can. I am thankful for a mom who raised me to have such a love for Disney and of course for Walt Disney and Mickey Mouse! My favorite characters are Minnie Mouse and Belle. I have an English Degree and I love to write so I am so excited that I am able to put my love of writing and Disney together. Thank you for reading my articles and sharing in my love for Disney!