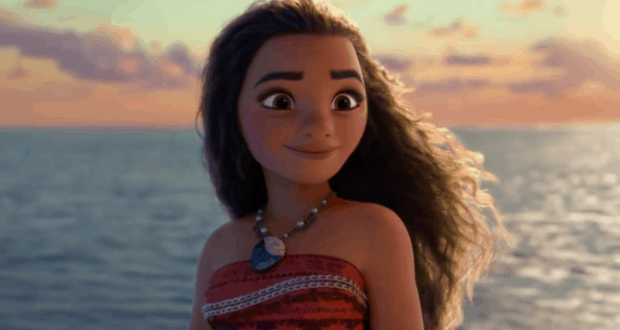 The term “Disney Sequel” has always generated a mixed response. Some fans love seeing the return of their favorite characters. Others are highly critical of films they feel are inferior to the original. True, there was an embarrassing period in the 90s and early 2000s when direct-to-video sequels were rampant. Production, animation, and story quality all seemed to suffer in the name of easy profit. Fortunately, there has been a tremendous shift in sequel quality. Spearheaded by the successful Toy Story sequels, Disney began to take more care with these expansions. Every movie doesn’t warrant a sequel, but if they did, the quality is now worthy of a theatrical release. Keeping that in mind, today we’re going to discuss movies we feel deserve a continuation.

While it has gained more of an underground following, this lovechild of Ron Clements and John Musker had a lukewarm reception. With Disney moving away from 2D animation, the film wasn’t heavily promoted. Despite that, many have come to love the music, classic animation, and refreshingly unique twist on the classic Treasure Island story. With only a hint of 2000s fan service, the film is a poignant coming-of-age tale at its heart. And it explores father-son relationships in a truly tear-jerking fashion. By the end, the troubled hero (Jim Hawkins) is a confident and self-capable person about to embark on his career. Plans for a sequel were scrapped, but many would love to see Jim’s adventures continue at the academy. There are countless avenues to explore including Jim’s continued growth, his eventual love life, and a possible reunion with John Silver. We can only hope that its resurgence in popularity will come to Disney’s attention.

No, Monsters University doesn’t count. That was a prequel. We are suggesting a true, timeline appropriate sequel. This Pixar hit easily won audiences over with its stellar cast and clever world-building with Monsters Inc. Unexpectedly, many teared up at the end when Sully had to say goodbye to Boo, the little girl he had come to love. The tears continued to flow when the ending suggested they would reunite in the future. While the aforementioned prequel; was a smart, non-traditional college buddy story, audiences continue to ask, “But what about Boo?” Seeing Sully and an older, well-spoken Boo meet again would certainly pique my interest. Additionally, how fascinating would it be to see how a scare-free world continues to affect the monster way of life? There just needs to be more after Sully’s face lights up at the word “Kitty!”

The original, coming-of-age, adventure story centers on the fearless heroine Moana. Next in line to lead her tribe, she ventures out into the world to break a terrible curse on her island. In addition to succeeding, Moana also convinces her people (and her overprotective father) to start traveling the seas again. Maybe this is an assumption, but we think many fans would love to see their explorations in a sequel! After all, the people of Motunui haven’t left their bubble for generations. Just imagine all of the fascinating places they could discover. Imagine the cultures, inventions, and creatures that Moana only experienced a taste of. There are endless possibilities for more stories centered around excitement, love, and opportunity. (And who wouldn’t love the return of the cocky, yet lovable Maui?) Please give us more time in paradise!

Straying from typical Disney animated content, Big Hero 6 seemingly married the best aspects of Marvel and anime. The original may have started out tragic, but in the end, Hiro Hamada and his friends (including the famous health care companion, Baymax) find a new purpose in fighting crime and defending the underdog. Its massive success led to rumors of a sequel, which have … disappeared. A Big Hero 6 tv show is slated to arrive by 2022, but many fans are hungry for a feature-length part two. With fan theories (like Tadashi’s survival) running wild on the internet, audiences are dying to know if any are cannon. And since the original film was focused on Hiro’s grief journey, many viewers would love to see this newly-healed, beloved character in action again. Plus, a city as inventive as San Fransokyo has to have more adventures and creative villains in its midst. It’s time to explore them!

Considered one of Pixar’s best, Inside Out explores the unusual world of someone’s brain and the value of conflicting/bittersweet emotions. By the film’s end, Riley has learned to embrace a variety of feelings thanks to the teamwork of both Joy and Sadness. During the epilogue, the main emotional players comment that Riley’s growth has resulted in an expanded emotional motherboard. Well, this could certainly introduce more characters! The teenage years are the most emotional of all, so it could be very entertaining to meet the triggers behind concepts like confidence, infatuation, and independence. It would also be a blast to explore the new islands of Riley’s personality. Simply put, Inside Out set the stage for endless possibilities and a sequel would have ample content to work with. We all know Riley’s journey didn’t end at the credits. It would be such a treat to see what happens next.

We can only hope that Disney will continue the wonderful tales we’ve listed. After all, if anyone can do these stories justice, it’s the best storytelling company of all.