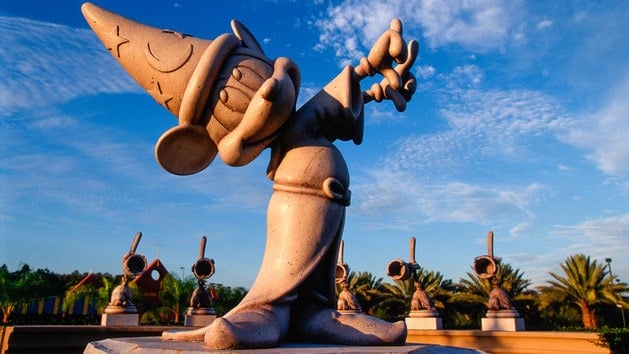 Walt Disney World Resort is home to countless attractions, a whole world of shows and musicals, Character Greetings, shopping experiences and far more than can be mentioned in a single sentence – or an entire article for that matter. But there’s also more than meets the eye, like Disney Miniature Golf. It’s one of the more relaxing ways to spend your time here, but it’s also riddled with as much thrilling challenges as it is holes!

It’s just as fun as anything else throughout the resort, too. And while it doesn’t form part of the four hugely-popular theme parks, it’s time it got some of the spotlight! There’s Fantasia Gardens and Fairways Miniature Golf at Walt Disney World Swan Hotel, and Winter Summerland Miniature Golf at Disney’s Blizzard Beach Water Park (yes, it’s a pretty contradictory name, but there is a reason!). So here’s Disney Miniature Golf a hole in one – sorry, 101!

Fantasia Gardens and Fairways is inspired by classic Disney movie Fantasia, but is perhaps the more traditional course out of the two. With that said, there’s absolutely nothingtraditional about it. After all, you’ll work your way through five sets that are occupied by hippos in tutus and magical broomsticks! At least the backdrop of The Twilight Zone Tower of Terror at Disney’s Hollywood Studios will help keep you grounded – even if it’s the last ride that would otherwise do such a thing.

As for Winter Summerland, well, the clue’s in the name. And it’s the most magical, too – because it’s Florida and it’s snowing! This is home – or one of many, rather – to Santa’s elves, and the course is split into two elf camps, each one with its own 18-hole course. One is a warm, summery place, while the other is covered in thick snow, and is the perfect place for Olaf, especially with Squirty the Snowman around for company. On that note, despite his love for all things summer, do keep Olaf away from the Summer Course, as the snowmen here are melting a little…

The aim of the game is simple – putt your ball as many times as you possibly can and then move on to the next hole. Playing it isn’t so easy, though. That’s not to suggest it’s next to impossible, but if you’ve ever played crazy golf before, you’ll know why they call it “crazy” – and here at Walt Disney World Resort it’s fair to say that crazy is the new ordinary!

All courses are 18-holes, and the golf courses are simply scaled-down versions of real ones (if of course you were to throw in hippos in tutus and a whole bunch of North Pole-born characters). But this isn’t about pot luck – it’s about skill. You’ll face the typical golfing obstacles, from sand traps and bunkers to water hazards and slopes. You’ll be pleased to know that the game welcomes golfers of all levels of experience, though, including those who have none!