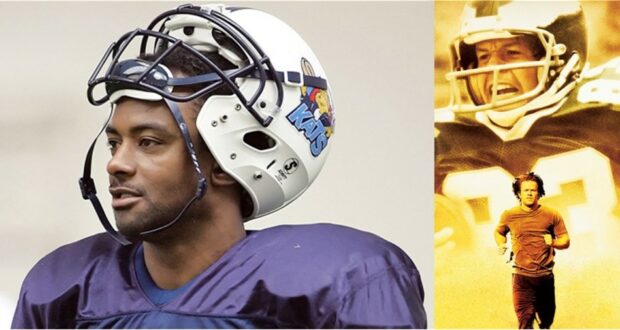 Disney is no rookie when it comes to lawsuits. Looking back on Disney’s lawsuit history, it’s easy to pull out several scenarios when injury is placed on Disney. Not too long ago an injury occurred during a college basketball player’s vacation to Disney’s Hollywood Studios where he was hit by a scooter and cost him his playing season. He filed a lawsuit against Disney. A former Disney Cast Member sued Disney for a chocolate explosion injury while working on the Disney Cruise Line. More recently, Scarlett Johansson (Black Widow) is suing Disney over their Disney+ Black Widow release. We have now learned that Disney has reached a settlement in a wrongful death lawsuit filed by the family of late football player turned actor Darryl Hammond.

Hammond was an actor, playing as a Philadelphia Eagle, in the football movie, Invincible. This Disney film from 2006 starred Mark Wahlberg. Hammond was wide receiver Harold Carmichael in the movie. As reported by Hollywood Reporter, “Hammond died Feb. 19, 2017, following a battle with ALS and his wife Robin Hammond in February 2019 sued Disney, Paramount, the Arena Football League and others after an autopsy revealed he had suffered more than 200 concussions. The suit claimed his 15 years of arena football, and the playing he did while working as an extra on The Longest Yard and Invincible, caused brain injury and that the defendants knew or should have known such injuries are a substantial risk and studies indicate they can cause early-onset Alzheimers, dementia, depression, mood swings and Chronic Traumatic Encephalopathy (CTE).”

Hollywood Reporter goes on to say, “According to the filing, the deal was reached July 27 following extensive discovery. The settlement itself is confidential and currently sealed, but Disney’s filing says it is paying the family “a fair and reasonable sum” to resolve its portion of the dispute. (It has shared the terms with the remaining defendants.) The company maintains there is no evidence that Hammond “was injured in any way while filming scripted and meticulously choreographed non-contact, or limited contact, football scenes in connection with Invincible” but it made the deal to avoid the burden an expense of continuing the litigation.”

A hearing on the motion is set for August 30. We’ll be sure to keep you posted as we learn more about this lawsuit. Regardless of the outcome, our thoughts are with the Hammond family.