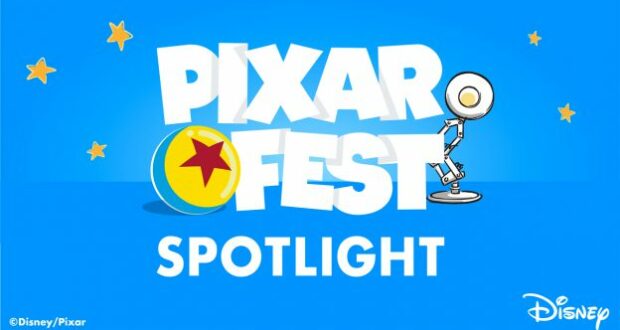 Twenty five years ago, Pixar revolutionized the art of animation with the release of Toy Story, and has since continued to inspire curiosity, creativity, and imagination through its beloved characters and emotive stories that are cherished by families everywhere. Beginning today, DisneyParksBlog has announced a #PixarFest will honor the animation studio that has brought fans around the world together, with some of the most iconic moments in filmmaking history.

Beginning September 5th, every Saturday throughout the month, join fans around the nation to watch some of your favorite Pixar movies. Check out the Pixar Fest film schedule below, and get ready for a new adventure each week, right from the comfort of your own couch!

And, what’s a good movie night without movie-inspired snacks? Not to fret, we have you covered! Show off your culinary skills with the following six tasty – and adorable – original recipes inspired by Pixar films. Right click on each recipe image to save!

We can’t wait to celebrate with you! Be sure to follow along the Pixar social handles and join the conversation using #PixarFest