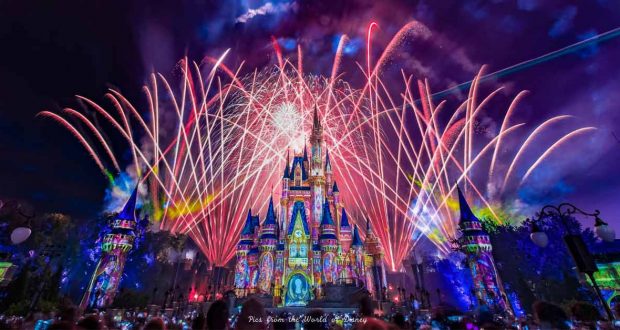 Sadly, here’s some news it seems like no one wants to hear. When Walt Disney World announced the exciting return of several Disney fan favorite entertainment experiences next month, they happened to slide in a little note about fireworks that took social media by storm. While we were singing praises for the return of Wonderful World of Animation, Beauty and the Beast – Live on Stage, Turtle Talk with Crush, and Monster, Inc. Laugh Floor – we were also surprised to see Happily Ever After is ending… for good.

In case you missed it, Disney announced: “We also recently announced that all-new nighttime spectaculars “Disney Enchantment” and “Harmonious” would be debuting October 1 as part of The World’s Most Magical Celebration. That means this summer is also your last chance to come out and catch the current fireworks shows before they sparkle into Disney history. “EPCOT Forever” will conclude its limited-time run on September 28, and you have until September 29 to take in the spectacle of “Happily Ever After” at Magic Kingdom Park.”

When we posted the news of Happily Ever After ending permanently the response was overwhelmingly, “WHY?” “NO Disney!” And even “this is FAKE NEWS”. Well, sorry to say that if the initial announcement from Disney wasn’t enough confirmation, Disney has updated their website to show “Happily Ever After – Last Chance To See The Show” as shown in the screenshot below:

Sorry, it’s really happening Disney fans. While we knew “Happily Ever After” would be taking a backseat to Magic Kingdom’s new nighttime spectacular, “Disney Enchantment“, for the 50th anniversary celebration lasting 18-months, we figured “Happily Ever After” would possibly return after the celebration ended. Unfortunately, that will not be the case.

Mark your calendars as September 29 will be the final show of “Happily Ever After”. In the meantime, we’ll be sure to share any new information received about “Disney Enchantment”.