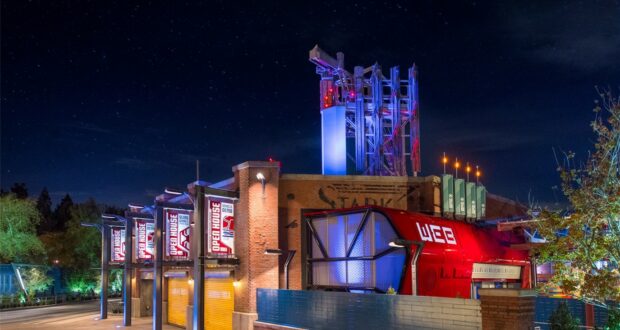 Disney’s New Spiderman Attraction Will Have a Virtual Queue

As Avengers Campus located at Disney California Adventure Parks gears up for it’s grand opening on June 4, 2021, most of the buzz surrounds the highly anticipated WEB SLINGERS: A Spider-Man Adventure attraction. Disney has shared a first look at the guide map of Avengers Campus, as well information about merchandise options that will enhance your experience of the WEB SLINGERS attraction. Another important detail was released today, announcing WEB SLINGERS will have a virtual queue, much like Star Wars: Rise of Resistance.

Are you excited WEB SLINGERS will be on a virtual queue? While many people enjoy the virtual queue option so waiting in a lengthy line isn’t an issue, others despise the system because of the 30 second window in which boarding groups sell out. We aren’t going to lie. Getting a virtual queue for Rise of Resistance is extremely stressful! If you hit a wrong button, have a Wi-Fi or phone issue, or simply aren’t as quick as others are in the app, your chances of missing your the opportunity to ride the attraction dwindle. If you don’t get an “enrollment time” for WEB SLINGERS on your first try, we’re happy to see you get a second try later in the day. Best of luck Disney fans!