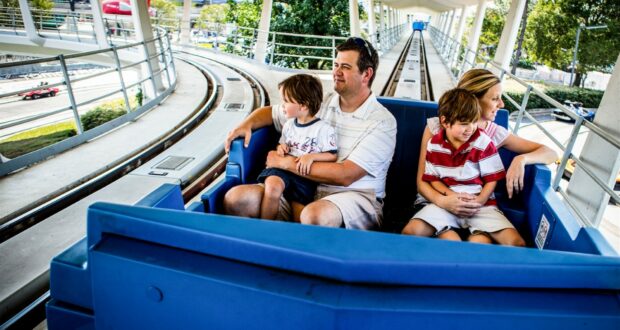 Disney’s PeopleMover Looks Like It May Reopen on Easter Sunday!

One of our favorite Magic Kingdom attractions, Tomorrowland Transit Authority PeopleMover, has been “Temporarily Unavailable” for some time now as noted “Closed for Refurbishment” on the Walt Disney World website. It looks like we may be coming to the end of the long awaited refurbishment!

On the flip side, the PeopleMover attraction page does NOT have hours listed for Sunday, April 4. So, while we’re extremely hopeful the refurbishment calendar is showing good signs – we’re nervous Disney hasn’t listed operating hours just yet.

While Disney has not released the refurbishment details, it is rumored Disney is replacing the magnetic linear induction motors. We’re hoping we’ll be able to cruise along on the PeopleMover this Easter Sunday!