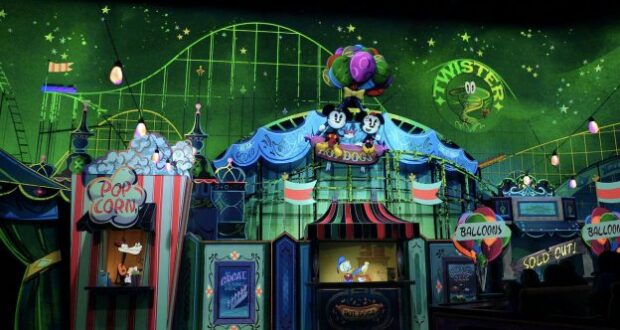 One of the most popular attractions in all of Walt Disney World is the newest attraction at Disney’s Hollywood Studios – Mickey and Minnie’s Runaway Railway. As much as we love this attraction, wait times have been rather painful recently, especially without a FastPass option. Good news however, it seems as though wait times are greatly improving with doubled capacity on the attraction.

Disney recently installed plexiglass dividers between each row on the attraction, allowing the train to fill with guests rather than having empty rows between each party.

They also shared the following images tracking the wait times at Disney’s Hollywood Studios on November 17.

That’s good news for all of us Runaway Railway fans! When is your next Disney’s Hollywood Studios visit planned?