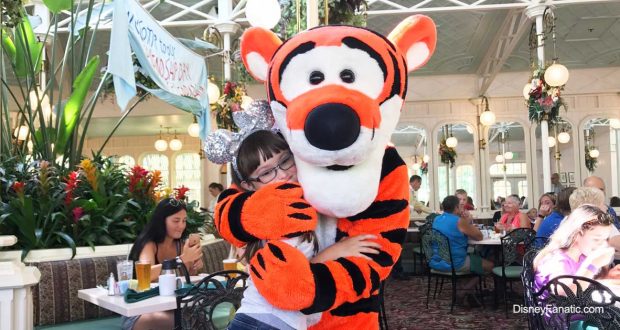 It’s been a pretty strange year for Disney World, to say the least. As well as its temporary closure, the viral crisis has also seen the resort adopt several safety precautions to protect its guests. And, as part of its ongoing phased reopening, these measures continue. Naturally, they have meant the suspension of certain experiences, particularly where large crowds gather. Here’s what we’re missing the most…

Watching the likes of the Cinderella Castle drip with color from animated laser projections and fireworks must be seen to be believed. It’s an epic concoction of color, sound and atmosphere. Sadly, night-time events like Magic Kingdom’s Happily Ever After are currently unavailable. On the positive side, when they do return, they’ll feel even more special than ever before.

It’s fair to say that parades go hand in hand with night-time events, in that they’re a signature Disney World experience. But they also draw the forth the crowds, so much so that they see areas like Magic Kingdom’s Main Street, U.S.A. almost cordoned off entirely for their duration. But we all know that we’ll appreciate the parades a little more when they take to the streets once again.

It’s not all about the big experiences – sometimes it’s the small ones that have the biggest emotional impact. After all, there’s nothing like giving your favorite Disney character a big hug. With that said, Character Greetings were easily at the top of Disney World’s list ahead of the reopening because of the direct interaction involved. Not to worry – we know the likes of Mickey and Chewie are missing us too!

The good news is that there are many attractions now open for you to enjoy – just be sure to follow all posted instructions on how to stay safe. However, some rides remain closed, having been deemed too high risk. There’s plenty to look forward to, though. There’s still a whole new world of attractions on the horizon!

While Topolino’s Terrace, Hollywood & Vine, Tusker House, Garden Grill Restaurant, and Chef Mickey’s are offering modified character dining, the experience has changed as characters no longer come to each guests’ table for autographs and hugs. You’ll also find different menus and no buffet experiences currently available. But then this is no surprise whatsoever, as these places can carry even bigger risks. That’s not to say Disney World isn’t taking airtight precautions at all the eateries, but where the risk is even slightly higher, it seems they’ve taken no chances. Nevertheless, there’s plenty of delicious grub at the resort for you to enjoy.

With the number of guests allowed into the resort restricted, as well as a reduced number of employees, it makes sense to limit the number of resort hotels that are open. As this is the case, only select resort hotels are available to guests, each operating with modifications. For now, at least the four theme parks are open – which you’ll probably agree is enough exploring!

4. Not Having to Wear a Mask Indoors

As of recently, Walt Disney World is allowing guests to remove masks while outdoors. Masks are still required however at all indoor locations, along with attraction queues (even if they are outdoors). While Disney continues to adjust guidelines in accordance with the CDC and local officials, you’ll want to be sure you have your mask handy and ready to put on. In the meantime, do keep them on, and remember – you’re in Disney World, so you’ll just have to smile underneath!

The Disney Park Pass System is the new way of reserving your entry once you’ve purchased your tickets, designed to limit the number of guests entering the parks. However, it means only being able to choose one of the four parks to visit per day. Thankfully, Park Hopping is now allowed after 2pm so guests can try another park if it is not currently at capacity.

Parades and night-time spectaculars aren’t the only events that have been temporarily suspended. Street entertainment like stage shows such as Beauty and the Beast – Live on Stage, and more, remain closed for the foreseeable future. So Disney World isn’t as bursting with magic as it is usually, but there’s still plenty for you to enjoy, and many ways for you to keep yourself entertained.

1. Not Having to Worry

No matter what year, visiting Disney World is never Hakuna Matata (it means ‘no worries’). But those worries normally include things like the stress of large crowds, the intense Florida heat and so on. It goes without saying that visiting the resort right now is not without putting yourself at some risk. Only when such a time is long behind us can we begin to truly enjoy the magic of Disney World just as we did before. Disney World’s phased reopening continues, so to keep fully up to date with how the resort is dealing with the current pandemic, head on over to their official website. There are plenty of magical memories to make – you just need to be in the know before you go!