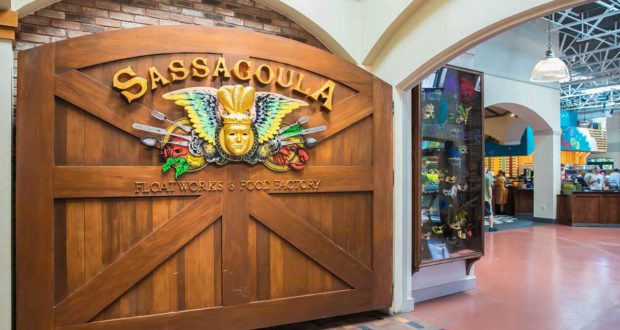 As we approach the one year anniversary of the Disney World parks re-opening after they shut down for four months because of COVID and the 50th anniversary of the resort is on horizon, there are still attractions, restaurants, and resorts at Disney World that still have not re-opened.  We are happy to see that Disney is slowly re-opening these venues and making announcements about when other offerings will be returning.  Here are our top experiences that we are still waiting to re-open at Disney!

Whenever there is a new president, Hall of Presidents shuts down while the Imagineers create the new Audio-Animatronic for the new president, while also doing routine maintenance on the attraction — generally this process takes about 6 months, so we are approaching the end of that time, we have not been told any plans for a schedule re-opening date.  We are also fans of this attraction for it allows us to escape the heat and humidity, but it is also is a crowd favorite close the Fourth of July holiday.

We love exploring Star Wars Launch Bay and discovering new merchandise, books, and comics when we pass by.  The Launch Bay also allows us to pose for photos with some of our favorite Star Wars characters, as well as explore various memorabilia from the films.  Given the tight quarters of this experience, as well as rumored expansion in this area, it isn’t surprising that this experience hasn’t opened, but we are still hopeful we will get to experience it again before it closes for good.

This resort (both Riverside and French Quarter) rank towards the top of this writer’s personal favorite resorts.  The unique architecture of the resorts, the food offerings, theming, even the pools, make this our go to for an on-property resort.  Added benefits of staying here is its unique positioning between the Magic Kingdom and Disney Springs, as well as the ability to get to Disney Springs via one of the Friendship boats.  We are hoping with the influx of people headed to the resort for the 50th will cause the resort to re-open in the near future!

Between the two water parks at Disney, we prefer Typhoon Lagoon.  The overall theming, food options, and attractions all appeal to us more than Blizzard Beach.  Neither is particularly larger than the other so we can’t speculate on why Blizzard Beach was chosen over Typhoon Lagoon, but with rising temperatures and crowd levels forecasted for this summer, maybe we can close the summer with a view of Mount Mayday!

An entertaining dinner show that has been entertaining guests for a very long time still sits closed at Fort Wilderness.  Given the high-energy dancing and moving around the restaurant, coupled with the meals being served family-style to guests sharing tables with other guests, it makes sense that this offering hasn’t returned yet, but we are counting the days until we can enjoy the fried chicken, corn on the cob, and delicious strawberry shortcake again!

Certainly not one of the bigger draws in Tomorrowland, but Monster’s Inc. Laugh Floor is a great diversion whenever we are in the park.  Guests can sit down, relax, cool off, as well as enjoy a pretty funny show where the animations on the screen are being voiced by Cast Members inside the building.  We will continue to experience this show when it comes back until we can claim to have been “That Guy!”

Our personal favorite nighttime experience at all of the Disney parks, Fantasmic requires guests to meander through a tight queue area and also sit in a large open-air theatre.  We are very hopeful that with the re-openings of Happily Ever After and Epcot Forever that a return date for Fantasmic is not too far behind — until then we will have to pacify ourselves with videos from the internet.

While some character interactions have returned, these are a downgraded experience where the character stands elevated behind guests and will pose for a phot with ten to twenty feet between the two.  We enjoy being able to have that opportunity, we long for the days where we can stand next to our favorite Wookie or pose for a royal photograph with our favorite princess.

The parks are slowly adding new experiences to their slate, so we are hopeful that all of these experiences will return shortly, but we have missed them on our recent trips.  What Disney experience have you missed the most since the park has re-opened?