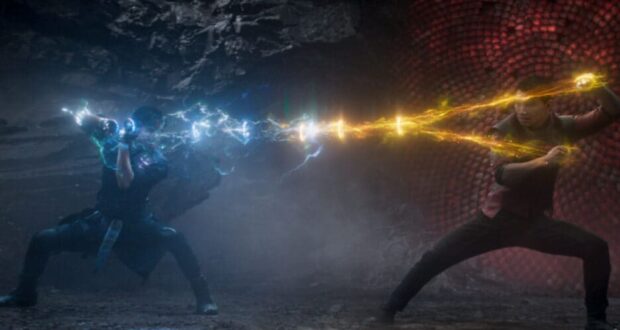 Marvel continued their return to box office dominance with the release of “Shang-Chi and the Legend of the Ten Rings” on September 3.  This marks the second Marvel feature of four to be released this year.  Marvel fans still have “The Eternals” to look forward to in November before an early Christmas present in December with “Spider-Man: No Way Home.”  This film was a unique offering to Marvel Cinematic Universe fans for a multitude of reasons.  Keep on reading to check out our spoiler-free review!

This film offered a fresh perspective and introduced us to characters that we have not previously been exposed to.  Not since “Doctor Strange” in 2016 have we had a feature that tells a story with characters that we have not been introduced to before.  It was definitely a welcoming experience since viewers can watch and not have to worry about tying this film into the events of the already established MCU (although, viewers are told that this film occurs post-blip and eagle-eyed fans will appreciate some of the visual Easter eggs in parts of the film).

The story centers around Xu Wenwu and the ten rings that have mystical properties that provide him immortality, but also other tremendous skills.  Viewers are quickly brought into the central focus of the film of the family as his son, Shaun, and daughter, Xialing, are brought home to China in an effort to save their mother.  Awkwafina plays Shaun’s best friend (and possible love interest?), Katy, and accompanies him on his trip home.  Throughout the course of the film, viewers are exposed to the dual power of family: it can provide both a constant, stabilizing force as a family will love and support you, but also that familial obligation can have negative impacts and also destroy long-held relationships.

Marvel did not lose their signature storytelling in this film and the humor viewers expect is on display as well.  While the movie does establish itself without others from the Marvel franchise, viewers are treated to a cameo during the film that was magnificently done and has us excited for the remaining slate of films that are in Phase Four of the MCU.

RELATED: The Legend in Shang-Chi: Legend of the Ten Rings Is Not What You Expect

I have no complaints about the story — I was worried that Disney would fall victim to necessitating some kind of romantic subplot in the film, but it was avoided.  However, with how the film ends, viewers are left to wonder if that was an intentional decision as the Phase Four narrative moves forward.

Unlike recent releases from Disney, this film is NOT available for Disney+ Premier Access, so if you want to see it, you must head to the theatre to do so.  However, in recognition of their new platform for entertainment consumption, the theatres have exclusive access to the film for 45 days.  After that, the film will be available for purchase and viewing on Disney+.  This timeline would still allow you to enjoy the film at home (or begin what would be the first of many rewatches) prior to the release of “The Eternals” in early November.

As always, fans are instructed to hang around after the credits begin to roll as there are TWO post-credit scenes — one midway through and one all the way at the end.  Both propel the story forward and leave fans asking important questions of themselves as they exit the theatre.  Even though we think it is telegraphed very well, we are curious to see where Shaun, Katy, and Xialing may appear next in the Marvel Cinematic Universe?  Do you have any guesses?

RELATED: Shang-Chi Star Not Happy Having Film Called an “Experiment” 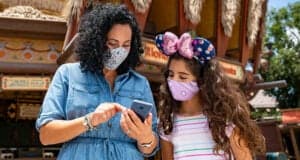 Disney STILL Requires Masks, Here’s What You Need to Know