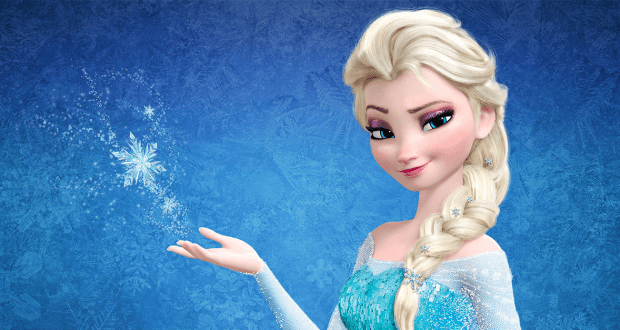 Frozen Attractions at Disney World: The Present and The Future

The huge success of Frozen at the end of 2013 marked a new influx of characters and themes into Disney World as the parks were eager to cater for thousands of children keen to meet their new favorite characters. Here’s a guide to what Frozen themed attractions Disney World currently has to offer, as well as a peek at what they’ve got in store.

Disney World currently offers a range of Frozen experiences across the Magic Kingdom and Hollywood Studios.

This is the only non-seasonal Frozen attraction currently on offer at Disney World, and the only one to be outside Hollywood Studios. Anna and Elsa have a permanent meet and greet station in the Princess Fairytale Hall in Fantasyland at Magic Kingdom. As you might expect, this is insanely popular, with very long wait times and fastpasses going fast so if you want to meet these two either do so first thing in the morning or reserve your fastpass as early as possible.

This seasonal event is scheduled to run at Hollywood Studios from 17th June – 7th September in 2015 (although in 2014 this was extended) and offers a range of Frozen themed fun.

Each day opens with the Frozen Royal Welcome – a parade which welcomes Anna, Elsa, Kristoff, Olaf, ice cutters, and the skiing and skating citizens of Arendelle to Hollywoodland as part of their tour of neighbouring kingdoms, stopping off a couple of times to lead crowds in a rendition of Let it Go.

If all that singing leaves you wanting more, there’s For the First Time in Forever: A Frozen Sing-Along Celebration, where the court historians of Arendelle take you on a humourous journey through the events of Frozen featuring snow, bubbles, singing and appearances from a few favourite characters. Shows run throughout the day, mostly at hourly intervals, and the theatre has a high capacity but as with everything Frozen expect demand to be high – tickets for later shows are often available earlier in the day, so try and take advantage of this rather than us a fastpass (unless priority seating is especially important to you!)

Also showing throughout the day is Frozen Fever, Disney’s Frozen short which originally ran before the live action remake of Cinderella, on repeat from 10am to 10pm. This is excellent if you fancy a nice 8 minute sit down in the cool and dark away from the blazing Florida sun.

Ready for a snack? A wide range of Frozen themed food and drink is on offer, including Olaf cupcakes! Also available is a range of exclusive merchandise for all your Frozen desires.

Let children release their inner Anna, Elsa or Olaf at the Ice Palace Boutique, with a range of packages available in this Frozen themed rendition of the Bibbidi Bobbidi Boutique.

If you have any energy left towards the end of the day at Hollywood Studios, boogie on down at the Coolest Summer Ever Dance Party and get involved by sharing your song requests and photos via social media.

As night falls, gather around the Event Stage for the Frozen Fireworks Spectacular, a gorgeous firework display set to the music of Frozen which lights up the skies over Hollywood Studios at the end of the day – and afterwards get caught in a flurry of snow as you leave the park!

The Future of Frozen at Disney World

The future of Frozen in Disney World lies not in Magic Kingdom or Hollywood Studios but Epcot, with the Noway Pavilion of World Showcase being transformed into Arendelle – with Norway having played a crucial role in the inspiration behind the stunning imagery of Frozen.

This includes Frozen Ever After, a scenic boat ride which will take the place of the beloved Maelstrom, due to open in 2016 which will take guests right into the world of Frozen with scenes, locations and characters much loved from the movie, including an anamatronic Sven. The pavilion will also be expanded with the Royal Summerhaus, a new meet and greet location for Anna and Elsa, which will be once again inspired by the architecture and style of Norway. The educational aspect of World Showcase will still be retained, with Imagineers hoping to be able to use Frozen as a gateway to get fans interested in Norway and Scandinavian culture in the hope they will then want to go on and find out more.

Overall, Frozen has already secured itself a strong place in Disney World and looks to continue this in the future, and with the promise of Frozen 2 in the works who knows what the future beyond the opening of the rethemed Norwegian Pavilion will be. One thing is for sure though, Frozen is certainly here to stay.