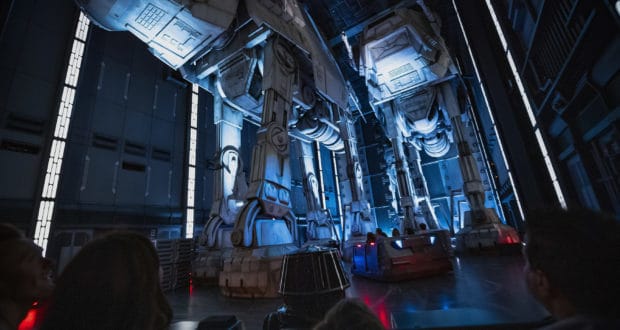 Guests Recently Rode Rise of the Resistance Without A Boarding Group

Apparently, Sunday, August 15 was THE day to be in the parks! Wait times across all four parks were low and Disney’s Hollywood Studios was no exception. We aren’t sure if it is the fact that Orange County (where much of Walt Disney World is located) is under a state of emergency due to the rise of COVID cases; if people were scared of Tropical Storm Fred causing too much rain; or if it was just an all-around random low crowd level day in the parks.

At first, the reports stated that you could still join a boarding group for Star Wars: Rise of Resistance late in the day. As shared via reporter, Scott Gustin on August 15, “It’s 6:37 p.m. and you can still get a Rise of the Resistance boarding group at DHS. Welcome to the upside-down.” Later Gustin updated the post commenting, “Update: Distribution ended at 7 p.m. Wild.”

Shortly after that post, Gustin provided one more update sharing, “Another update – after 7 pm, Guests WITHOUT BOARDING GROUPS were allowed to ride. As of 830pm, Rise was a walk-on.” That’s right – guests were able to ride the popular Star Wars: Rise of the Resistance as WALK ON riders!

Can you image? This would make our day! While we try to be understanding of Walt Disney World’s boarding group process for Rise of the Resistance, we personally aren’t huge fans of the added stressor. Rise of the Resistance is however a fantastic attraction which makes dealing with the process to get on the attraction a little better. We are curious to see (and hopeful) if it will reopen as a standby line once again in the near future. Best of luck, Star Wars fans!