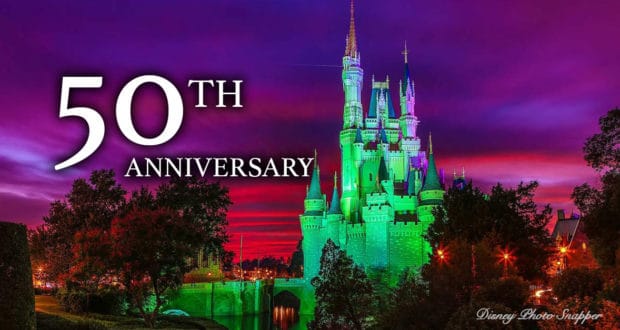 In 2021 Walt Disney World Resort will celebrate its 50th anniversary, so you can certainly expect the celebrations to go all the way “to infinity and beyond”! But while it might seem “far away”, it’s sure to come around in no time as most things often do. With that said, the longer you have to prepare for your visit – and of course save those precious pennies – the better, because you’ll need to know what to expect in terms of attractions.

The following attractions have been in talks for a couple of years now, with more news being rolled out every few months. And while some of them will be entirely brand new concepts, others will be based on existing rides in other Disney theme park resorts around the world. So here’s what’s in store for Walt Disney World Resort’s 50th anniversary – which is already looking to be supercalifragilisticexpialidoc ious!

It’s fair to say that Walt Disney World Resort continues to become even more space-oriented (Star Wars, space-themed restaurants, Mission: SPACE and so on). In some parts, though, owing thanks to the Wreck-It Ralph movies as well as Disney Springs’ VR experience Star Wars: Secrets of the Empire and the brand new Wreck-It Ralph VR experience, you’ll notice it’s becoming more cyberspace, too!

Tron is the retro Disney classic set in the world of a video arcade game (no, not Litwak’s). The all-new roller coaster-based attraction will emulate the existing Tron-themed attraction at Shanghai Disneyland known as TRON Lightcycle Power Run, which immerses guests into the movie’s neon-lit cyber-universe. The movie pioneered ground-breaking special effects for its time, and the new attraction is looking to be no exception.

The unstoppable train that is the MCU is showing no signs of fatigue, and by the time 2021 comes around it will be almost 30 movies-strong! Within that number there’ll also be the third Guardians of the Galaxy movie (which will most likely be titled Volume 3 if the previous instalment is anything to go by). And in 2021 fans of the rockin’ “sub-franchise” will be able to enjoy the Marvel Cinematic Universe’s…well, universe, in a whole new way…

While there are GOTG-themed attractions in other Disney theme park resorts such as Disneyland California’s Guardians of the Galaxy – Mission: BREAKOUT!, Walt Disney World Resort has been yet to host any Marvel-themed attractions. But in 2021 the Guardians will “blast in” at Epcot’s Future World. A unique immersive roller coaster ride will literally revolve around Peter Quill’s visit to Epcot as a child before his galactic adventures ever started – just as yours is about to begin!

If there’s one Pixar movie that will help Walt Disney World Resort form even more connective tissue with its Parisian counterpart Disneyland Paris, it’s Ratatouille. The classic 2007 movie tells the story of garbage boy Linguini and wannabe-chef-rat Remy who follow their dreams of becoming great chefs (yes, hardly hygienic…) in Paris. But the adventure is not without plenty of kitchen antics getting in their way.

The good news for fans is that the Ratatouille-themed ride that currently exists in Disneyland Paris’s Walt Disney Studios Park will be making its way to Epcot’s France Pavilion in 2021 (don’t worry – it’s not the exact same ride, so you’ll still be able to enjoy it at both resorts). Much like other experiences throughout Walt Disney World Resort such as Toy Story Land, you can expect to be “shrunk down” to the size of a rat here as you explore hazardous kitchen environments and beyond. You’d better watch that tail, though…

As is the case with celebrations at Walt Disney World Resort, even the sky isn’t the limit. Whether it’s Easter, Summer, Halloween, Thanksgiving, Christmas or New Year, or whether it’s another anniversary, there’s a “whole new world” of celebrations that isn’t just limited to new experiences and attractions. Here at the resort, everything almost always goes “to infinity and beyond”!

So in 2021 you can also expect to enjoy yummy treats, special merchandise, décor, character attire and everything else you can think of that will be themed according to the 50th anniversary celebrations. And don’t forget – 50 is one big number where Walt Disney World Resort is concerned, so special events like the fireworks and parades will also follow suit. But one thing that will certainly fill the resort as much as the decorations will is the crowds!