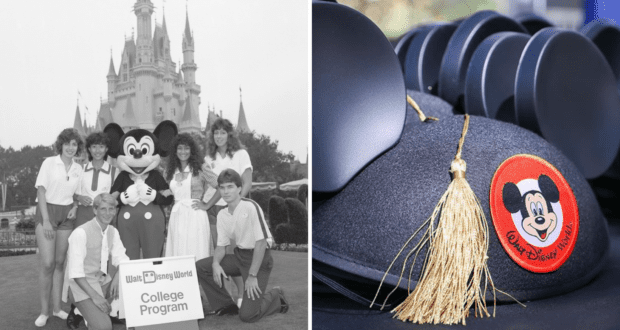 The Disney College Program celebrated its 40th anniversary in 2021 as one of the leading internship programs in the tourism and hospitality industry allowing participants to “live, learn, and earn” at the Walt Disney World Resort. A lot has changed over the 40 years of the Disney College Program, with lots of milestones and interesting pieces of history along the way, and today we’re diving right in to share the story of the most magical internship around. 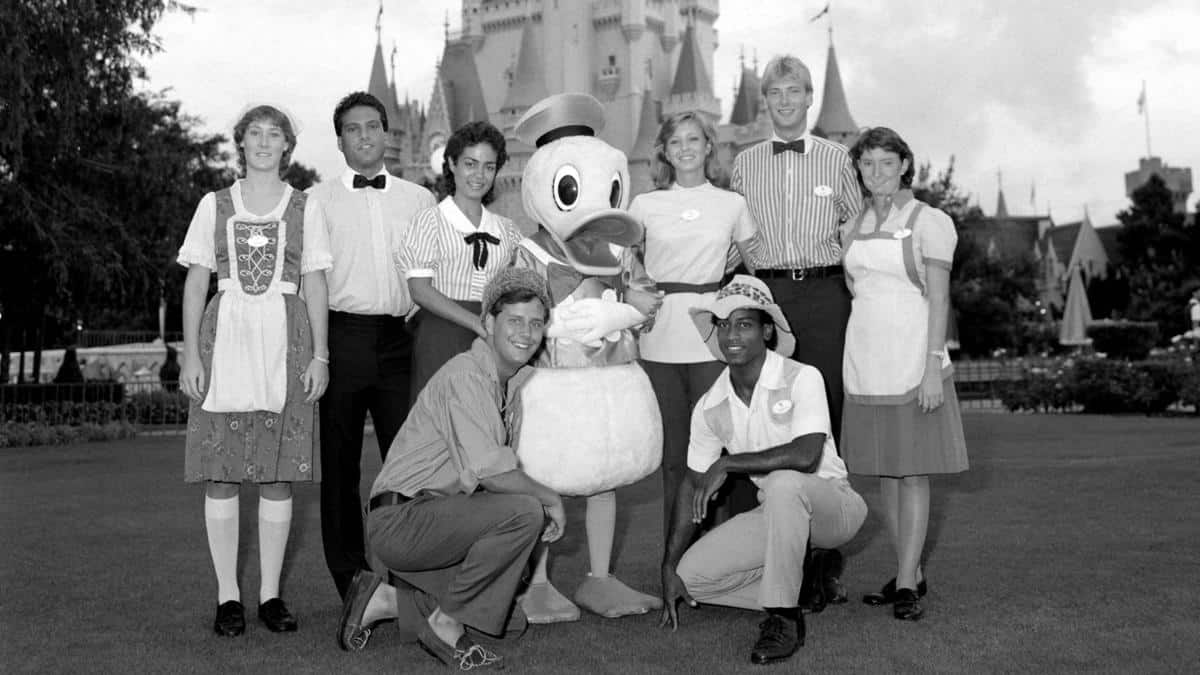 To understand the beginnings of the Disney College Program, we need to go back to the late 1970s at Walt Disney World and consider what the resort was like during this time. While plans were underway for the program, Walt Disney World was rapidly expanding from the Magic Kingdom, a handful of resorts and recreational offerings, the Disney Village, and River Country, the resort’s first water park, with plans for EPCOT Center and additional resorts and offerings on the horizon.

Keeping up employment numbers ahead of the opening of EPCOT was vital to the success of Walt Disney World because the workforce needed to expand to account for the additional theme park and everything that went along with it.

By 1980, Walt Disney World had offered “unofficial” internships with local college students that essentially allowed them to shadow roles around Disney property that were related to their majors. These students sometimes earned college credit for completing an internship, but the program was very unofficial and not anything like the current Disney College Program where students effectively act as employees. 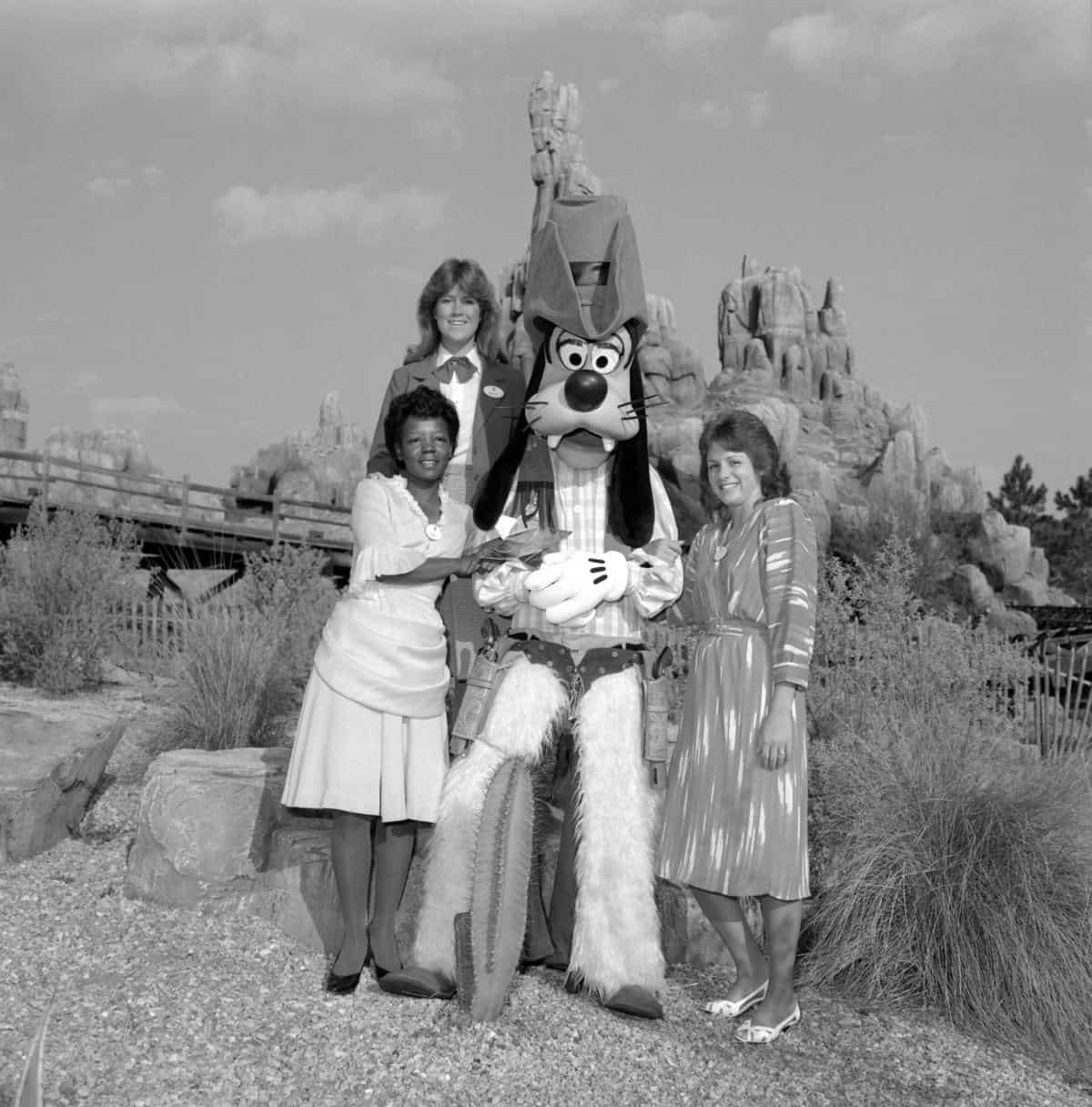 That same year, Disney finished working out the details for an official internship program, and recruiters from the company were sent to a small number of colleges including the University of Georgia, University of Alabama, and University of North Carolina, along with schools more centrally located to the resort. Recruiters promoted an all-new program that would give students the opportunity to put the Walt Disney Company on their resumes while gaining life experience living away from home or their schools, and earning college credit.

The first housing complex for the Disney College Program is unrecognizable compared to the world-class facility at Flamingo Crossings that houses students today. In 1981, participants were housed in the Snow White Village Campground, a mobile home park located just a couple of miles from Walt Disney World. Disney International Programs started at the same time, likely in preparation for cultural representatives to work in EPCOT the following year, and those students were housed in an apartment complex called the Lake Vista Village Apartments. While both complexes varied wildly from later Disney College Program housing options, they did include certain amenities from the beginning, including pools, gated security, and transportation included in rent to get participants to work and grocery stores. 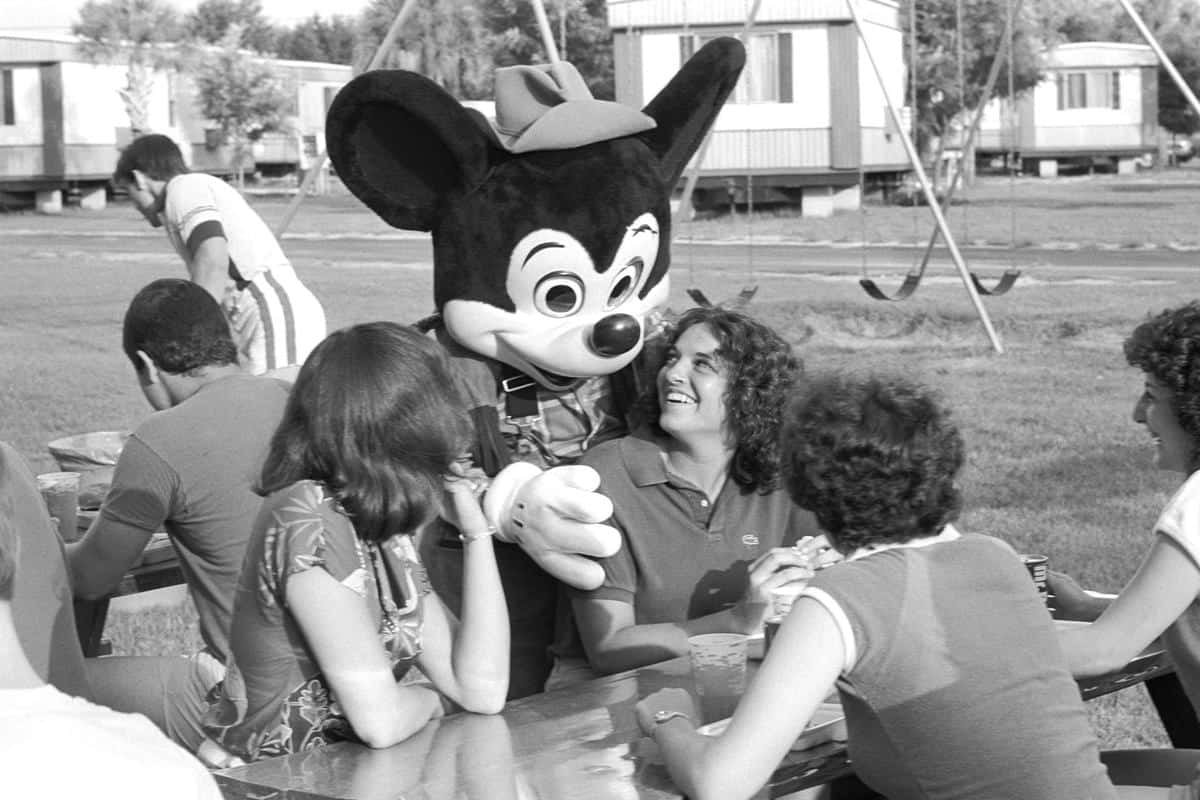 The Walt Disney World College Program debuted under its new name in 1982 with the opening of EPCOT and the program was expanded with recruiters setting out to nearly double the amount of colleges and the roles participants could work expanding to include locations outside of the theme parks. 1982 marked the first year when participants could be placed in roles like front desk or concierge at Disney resorts, lifeguard (pending  swim test), recreation, bell services, and housekeeping, in addition to previously offered roles like attractions, custodial, quick-service food and beverage, and merchandise.

The majority of Disney College Program alumni are at least familiar with the Vista Way apartments, and many of them have lived there (myself included). The apartment complex replaced Snow White Village in 1988, and while it was later known for its party atmosphere it was initially recognized for its new facilities and added amenities like a fitness center, clubhouse, bus transportation hub, and infamous hot tubs.

The program expanded once more and began accepting thousands of students in 1989 with the openings of Disney MGM Studios, Disney’s Typhoon Lagoon, and Pleasure Island, and numbers continued to expand as additional resorts opened around Walt Disney World through the 1990s. 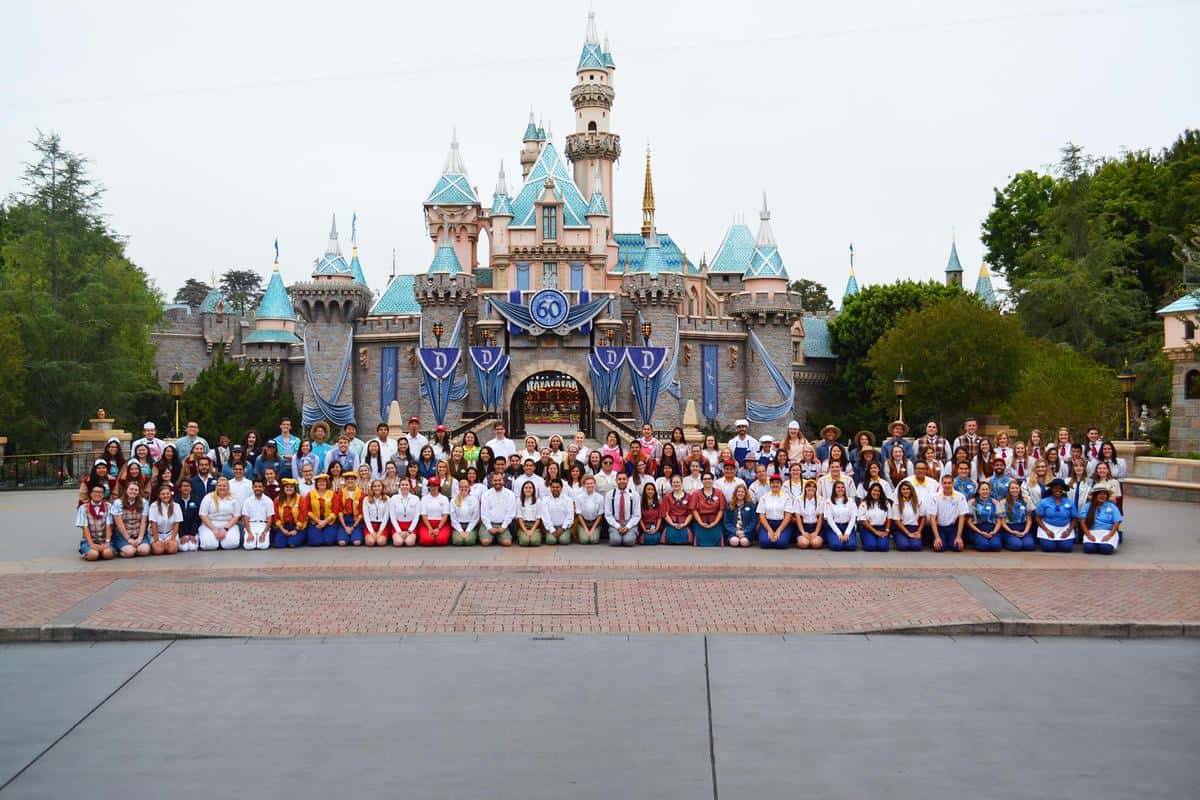 The College Program was also expanded to the Disneyland Resort in 1989, operating similarly to its Walt Disney World counterpart with noticeably more expensive housing to match the higher cost of living in Anaheim, and a much more selective application process due to less positions being available at the smaller resort.

During this time, select classes were mandatory for participation in the program (a change from today where classes are virtual and students are welcome to participate whether or not they will receive credit from their colleges.) Throughout the program’s history, classes ranged from full college courses to more relaxed (and homework-free) seminar style offerings.

The program continued to expand during the 1990s, with additional roles being available for students to work including full-service food and beverage (basically hosting at table-service restaurants), vacation planners (ticket sales), and parade audience control. The next housing expansion came in 1998, the same year that Disney’s Animal Kingdom opened, with the addition of The Commons.

Initially, The Commons apartment complex was limited to International College Program participants, but during the last couple of years of its use, any students were able to request housing there. Once these apartments opened up to all Disney College Program participants, they became highly sought after for having in-unit washers and dryers (albeit with more expensive rent.) 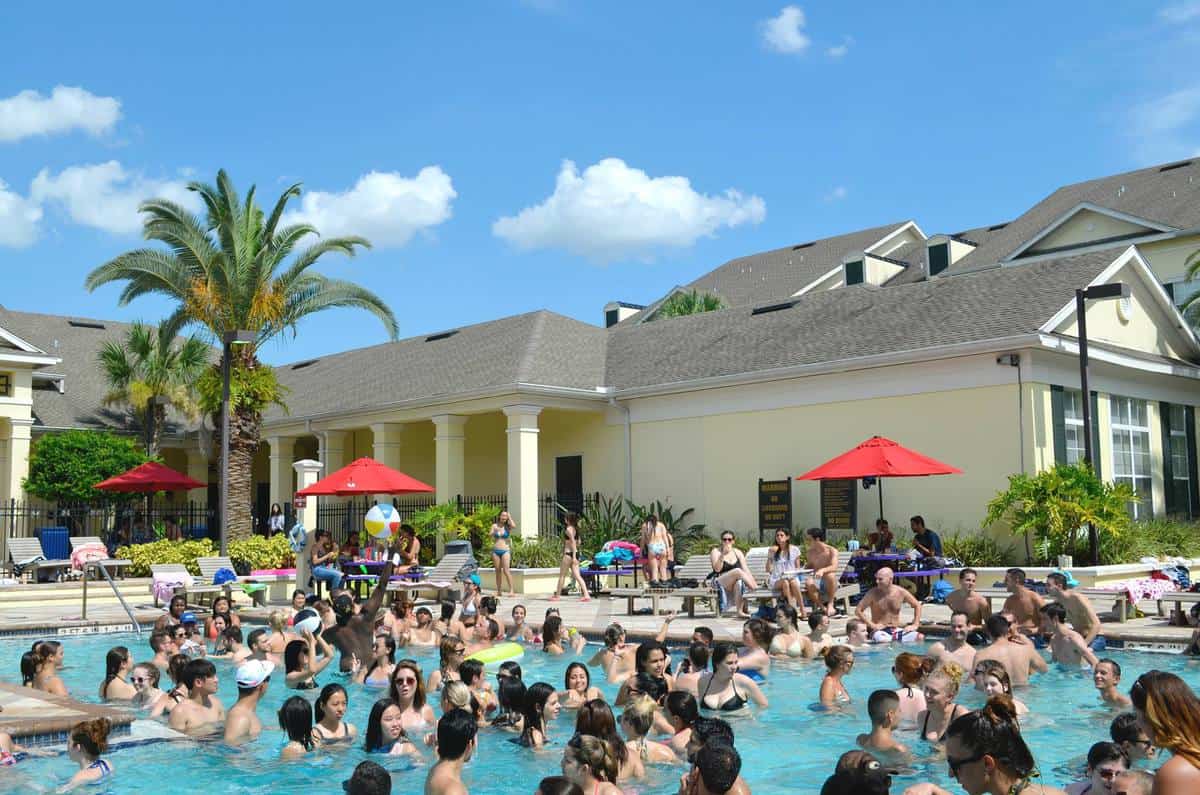 By 1998, the Summer Alumni Program was introduced, which has not been offered for a number of years now, but at the time it was a convenient way for Disney College Program alumni to spend the summer working at Walt Disney World. Applicant were required to have completed at least one program in the past, and the selection process was rigorous as only limited spots were available. (The Summer Alumni Program has been discontinued for a number of years now, and due to the more flexible program dates and current competitive nature of the program we are not expecting it to return.)

Chatham Square came online as the next new housing complete in the year 2000, following yet another major expansion of the program offering roles to thousands more students. While Chatham Square is not used today, it is located right across the street from Mickey’s Retreat, a Cast Member exclusive recreation area that includes a swimming pool, fishing, and more. Prior to the opening of Flamingo Crossings, Chatham Square was also the traditional location of housing events, which over the years have included everything from movie nights and grocery bingo to graduation. 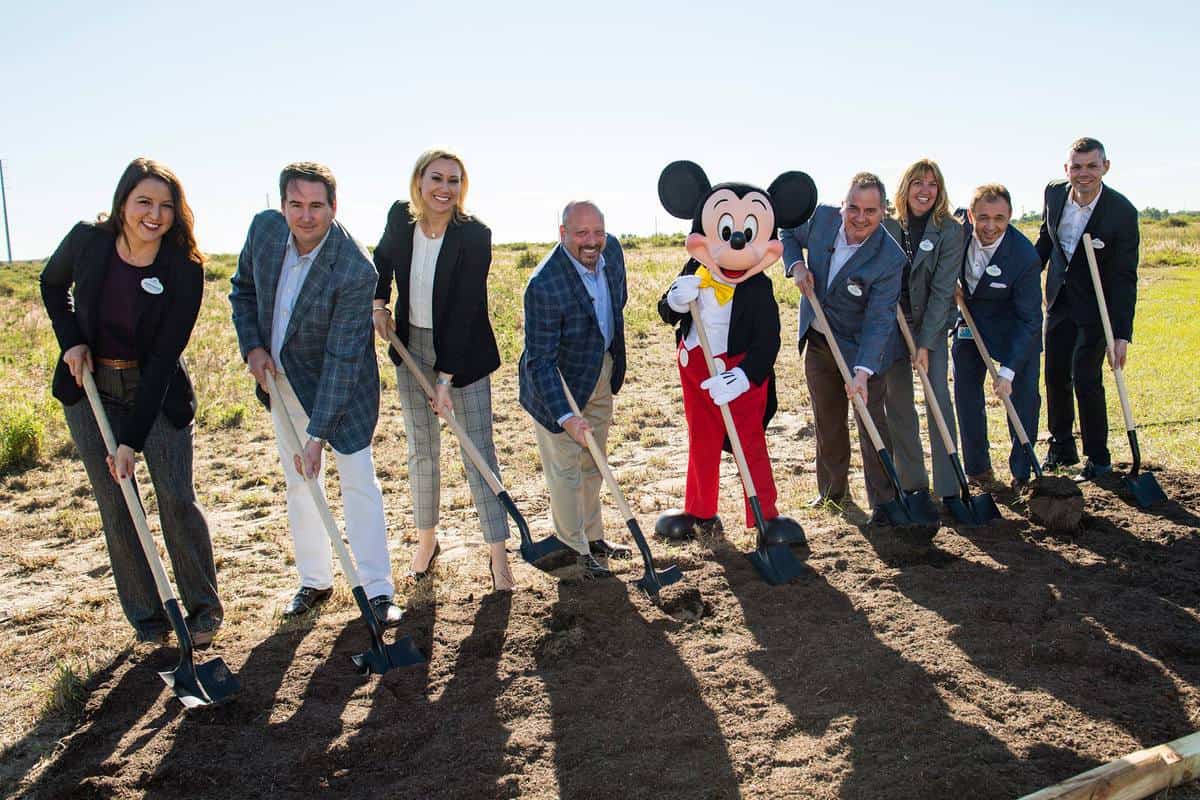 In 2008, the final new housing complex prior to Flamingo Crossings opened in walking distance to Chatham Square called Patterson Court, which was similar to Chatham Square with a somewhat quieter reputation among students during its prime. Around this same time, the application process was revised to reflect changing technology with the application form and initial web-based interview being offered online, along with the option to be selected for a phone interview (this process is fairly similar to how applying to the program goes today.)

Between 2008 and 2015, the Disney College Program only continued to grow and become increasingly selective in its application process. Up to 2013, all applicants were given a web-based interview, and some applicants were selected for phone interviews from there, however the process changed that year with only some people receiving the initial interview. Rumors swirled among students that the selection process for the web-based interview was random, however Disney has debunked the rumor several times claiming that interviews are given based on which students meet certain criteria from their applications.

In 2015, a non-Disney affiliated housing complex, Cumberland Park, was offered to students who had their own cars (as Disney bus transportation was not provided). This housing complex was shortlived in the history of the program, but served to accommodate more students while the program continued to grow (to upwards of an estimated 15,000 students per season) and Flamingo Crossings was still in its development phases. 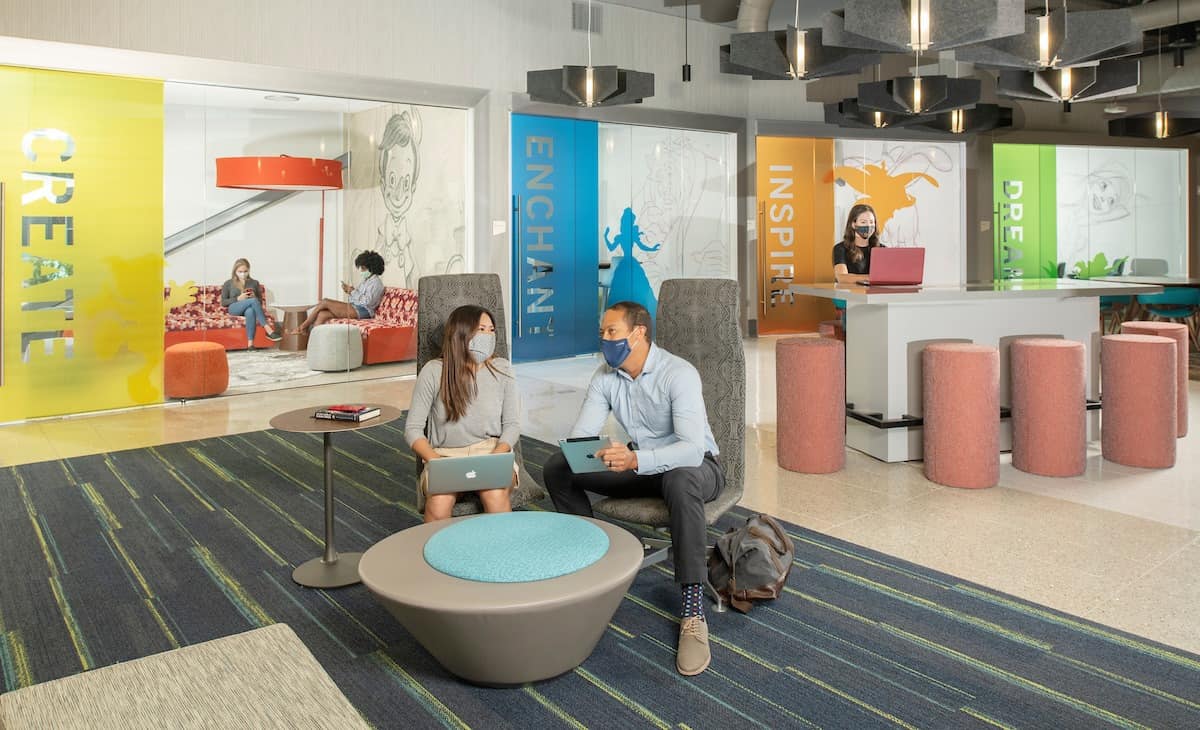 The following year, new roles were introduced to the program that are among the offerings that have not yet returned since the program’s closure due to COVID-19. These roles included floral and convention guide positions, which primarily focused on special events at Walt Disney World.

When the COVID-19 pandemic began, the Disney College Program was paused as the parks closed. Since the reopening of Disney’s domestic resorts, the Walt Disney World program has returned and has begun welcoming students exclusively to Flamingo Crossings Village, the newest housing complex. (The other Walt Disney World apartments for participants are now closed.)

The Disneyland Program and the International Program have both been paused since they ended in 2020, and we currently have no word of when they will return. While the International Programs are still mentioned on the official Disney Careers website, and we expect them to come back as international cultural representatives are an important part of the immersive elements of EPCOT’s World Showcase, Disney’s Animal Kingdom, and Animal Kingdom Lodge, the Disneyland Program has been removed from Disney’s sites and we are not expecting it to return.

Thinking of applying to the Disney College Program and becoming part of its 40+ year legacy? Click here to read what you need to know before you apply!