Hollywood Studios 101 - An Overview of This Exciting Disney Park! 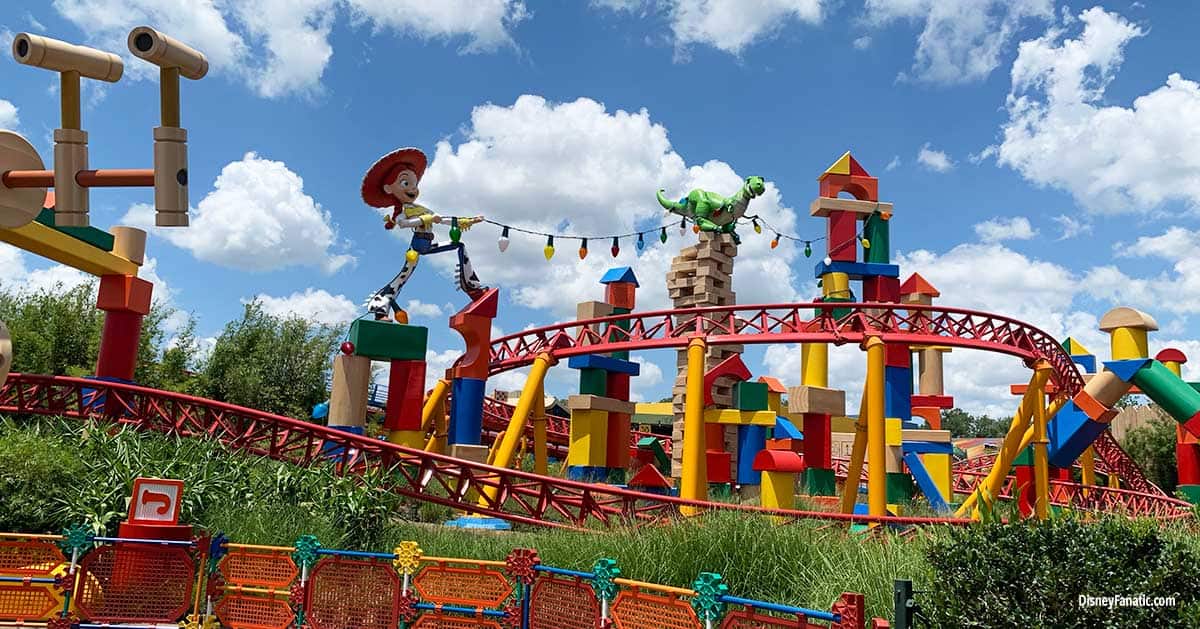 Disney World is made up of four theme parks, two water parks, a shopping and entertainment district and many hotel resorts. Perhaps you aren’t too familiar, though, as not everyone has visited the greatest theme park resort in the world. Well, if you’re yet to experience the magic of Disney, here’s an overview of Disney’s Hollywood Studios – the star-studded theme park and Disney’s very own walk of fame!

Anyone who says that Disney’s Hollywood Studios is uneventful will end up with a very long nose. Since June 2018 the park has unveiled two themed lands; last year the whimsical and wonderful Toy Story Land and this summer the incredible and intergalactic Star Wars: Galaxy’s Edge. Both lands are highly immersive and interactive as they thrust guests into the rich worlds of their respective film franchises.

Aside from the two themed lands, the park is, from north to south, made up of Sunset Boulevard, Hollywood Boulevard, Animation Courtyard, Echo Lake, Commissary Lane, Pixar Place and Grand Avenue. Discover gift stores throughout that sell merchandise from all your favorite Disney films, and explore every corner of this world by wielding the Force of the My Disney Experience mobile app’s GPS-enabled interactive map.

To even joke that there’s a shortage of awesome attractions at Disney’s Hollywood Studios would warrant a long nose. In fact, it’s home to some of the resort’s most popular and iconic rides. But where to begin? For starters, take the two themed lands mentioned earlier: between them there’s Toy Story Mania!, Alien Swirling Saucers, Slinky Dog Dash and the all-new Millennium Falcon: Smugglers Run.

Beyond Toy Story Land and Star Wars: Galaxy’s Edge, brave the dark with The Twilight Zone Tower of Terror, or let your Star Wars journey keep going with Star Tours – The Adventures Continue. And if that still isn’t enough to blow your mind, Star Wars: Rise of the Resistance will be making a big landing on December 5, and next year the “2 ½ D” experience Mickey & Minnie’s Runaway Railway. But whatever you do, don’t underestimate the power of the FastPass+ service…

It will come as no surprise that there are a fair few experiences at this park that commemorate one faraway galaxy. There’s the immersive Jedi Training: Trials of the Temple, the exhilarating night-time shows Star Wars: A Galactic Spectacular and Star Wars: A Galaxy Far, Far Away, and the insightful and inspiring short films Star Wars: Path of the Jedi and a behind-the-scenes feature (the latter at the Star Wars Launch Bay Theater).

But there’s more than just Star Wars. There’s the explosive Indiana Jones: Epic Stunt Spectacular!, the awe-inspiring Voyage of the Little Mermaid and Toy Story Land’s whimsical Green Army Drum Corps and Green Army Patrol. And last but not least, the breath-taking Wonderful World of Animation night-time show. Whether it’s an underwater musical or an adventure movie, at Hollywood Studios you’ll always be a part of the action!