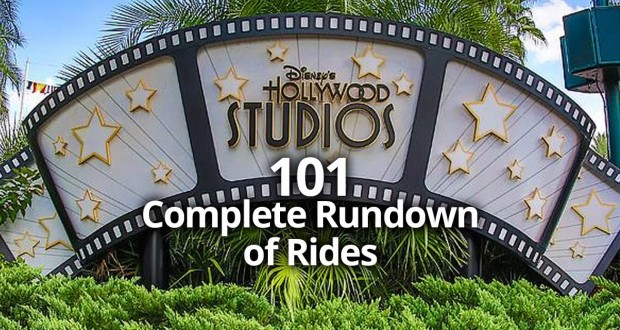 Hooray for Hollywood! What connection does Walt Disney have with Hollywood Studios. Well, in 1923 Walter Elias Disney left his home in Kansas City, Missouri for Hollywood, where he and his brother, Roy began their collaboration for animated and live action films. The first “Alice Comedy” short was produced in the in the rear of a Hollywood real estate office, and it was here that in 1928 Mickey Mouse made his big screen debut in “Steamboat Willie”. The rest, as they say, “is history”! As Walt Disney said many times, “I only hope that we don’t lose sight of one thing-that it was all started by a mouse.”

Located at the end of Hollywood Boulevard is a dazzling recreation of the famous Mann’s Chinese Theater, home of “The Great Movie Ride”. Just as in Hollywood, the courtyard in front of the theater is filled with hand and footprints preserved in concrete of the greatest actors of all time. Some of these are reproductions of the originals, but others are genuine imprints placed there by famous actors who visited Disney’s Hollywood Studios in recent years.

As you enter the lobby of this beautiful theater, you will notice genuine movie props and costumes displayed in glass cases. At the end of the queue is an ornately decorated theater, and showing on the big screen are movie clips from many of Hollywood’s finest motion pictures. The movie clips are playing while guests wind back and forth in lines waiting for their turn to enter the loading area. It is here where you will board extra large tram cars which will take you on your journey into Hollywood movie history.

Unlike so many wax museums, this attraction features audio-animatronic figures and props from some of the most memorable scenes taken right out of Hollywood’s most celebrated movies. These include musicals, gangster movies, westerns, action-adventure, horror, Sci-Fi, and many more. Along the way your enthusiastic cast member host or hostess entertains you with lively chitchat about each and every scene and the actors being portrayed. There’s Gene Kelley singin’ in the rain, Mary Poppins flying over London chimneys, Clint Eastwood and John Wayne conquering the ‘old west’, Sigourney Weaver battling aliens, Indiana Jones discovering the Lost Ark of the Covenant, and many more exciting adventures. You will also become innocent witnesses to a live action gangster shootout, and a re-animation ceremony from “Raiders of the Lost Ark”. This is not a thrill ride, but an excellent historical and entertaining look at the magic of Hollywood! Fast Pass is available for this ride. There is no height requirement.

4. The Twilight Zone Tower of Terror

The once famous Hollywood Tower Hotel situated at the end of Sunset Boulevard now appears abandoned and gloomy. Right in the center of the structure are two elevators and a huge blackened area which was obviously created by a lightning strike. As you enter the front garden area of this hauntingly historical Hotel and wind in and around neglected shrubs, flowers, and broken statues, you reach the open doors to the front lobby. The eerily serene melody of forties style music can be heard in the background, while looking around at the ghostly images of a deserted lobby. Cobwebs and dust cover every piece of furniture, personal belongings, luggage, and even an ongoing chess game. It is an eerie sight to behold, as if all of the previous Hotel guests just vanished!

From the lobby, you enter the Hotel library, surrounded by dusty books and furniture, dimly lit vintage lamps, and a black & white television which turns on as soon as the lights go out, and Mr. Rod Serling introduces a scene from an upcoming episode of “The Twilight Zone” in which a Mother and Father, their spoiled child actor, and her governess have checked into the famous Hollywood Tower Hotel in Hollywood, California. On this dark and stormy night, just as they enter the elevator, the Hotel is struck by an enormous bolt of lightning, electrifying the elevator and all its occupants, causing them to mysteriously vanish. At the end of the clip, Mr. Serling invites you to relive that long ago event and become the new stars of this episode of “The Twilight Zone”. The lights come on, the TV turns off, and the doors open to reveal a narrow walkway, through the Hotel’s creepy boiler room, leading to 4 maintenance service elevators waiting for you to enter “at your own risk”.

These elevators are no ordinary elevators, as the “guests” will soon find out. They are filled with electrifying currents that cause them to suddenly drop 13 floors, then quickly pulls them all the way back to the top floor, drops again, up again, and just when you think that was the last drop, whoosh!, up you go again, and down again! You experience lots of air time on this ride, so be sure you hang onto any backpacks, hats, purses, camera bags, etc. because they will take flight! This is definitely an elevator ride you will never forget! Fast Pass is available for this ride. There is a height requirement of 40 inches.

Just down the street from “Tower of Terror” is another really popular roller coaster, called Rock ‘N’ Roller Coaster. This exhilarating, inside, dark ride is definitely not for anyone who is susceptible to any degree of motion sickness. It is extremely fast, very loud (Aerosmith), very dark, with plenty of twists, turns, and inversions. The pre-show introduces you to the Aerosmith band preparing for an upcoming performance, and Steven Tyler himself invites the audience to their concert. From here you are directed to a back alleyway where you wait for your “Super-stretch Limo”, which screeches to a halt in front of you. This special “Limo” holds 24 passengers, so hop aboard and prepare for an extremely exhilarating trip accompanied by Aerosmith’s greatest hits! You are abruptly launched into this wild ride, going from 0 to 60 in 2.8 seconds. Gravity takes over and pushes you hard against the seat, and you’re on your way through one of the most intense roller coasters in all of Walt Disney World. After a few minutes of an absolutely awesome thrill ride, you arrive at your destination, the “concert”. It is here anxious family members and friends wait to get a glimpse of the passengers’ reactions as they exit this “most excellent” Limo ride. Fast Pass is available for this ride. There is a height requirement of 48 inches.

Just beyond the Great Movie Ride is Pixar Place, where you will find the home of Toy Story Mania. This is one of those rides that the whole family can enjoy together, and it cause smiles and laughter from beginning to end. Based on the Disney “Toy Story” films, this ride captures your attention as soon as you approach the building where it is housed. All the toys in and around the ride are super-sized, creating a unique photo opportunity. Once you enter the building, along the queque, there are so many amazing, gigantic objects to observe: a viewmaster & reel, tinker toys, playing cards, alphabet blocks, a Sorry game with huge playing pieces, and all sorts of oversized toys and games. An audio-animatronic “Mr. Potato Head” interacts with the guests in line with his satirical wit and humor.

After you pick up your 3-D glasses, you climb some stairs and get you first view of the loading area.
Soon its your turn to board a special ride vehicle which seats 4 passengers, back to back, with a large partition between them. Each rider has a toy cannon that fires using a pull string. You fire at (virtual) targets at different game booths you encounter along the way. Your car will spin around as you approach each booth, and the targets are always changing. You will be throwing eggs at barnyard targets, darts at balloons (you can actually feel a burst of air when they pop!), balls at moving, bouncing plates, and even rings over aliens. It’s player against player, and the points scored are totaled and displayed at the end of the ride, so keep pulling those strings! The digital mastery of each and every virtual game booth is so realistic. The Disney Imagineers have done an outstanding job of giving every rider a realistic, fun-filled experience. Fast Pass is available for this ride. There is no height requirement.

Star Tours is an outstanding flight simulator experience designed by teams from Walt Disney Imagineering and George Lucas’ Industrial Light & Magic(ILM) and Lucasfilm, Ltd. It is located just around the corner from Pixar Place. Just look up and looming above you is a giant AT-AT, and nearby a reproduction of an Ewok tree village, plus other “Star Wars” vehicles outside the building. Once inside this movie-themed attraction, the queuqe takes on the feel and appearance of a space station complete with C-3PO welcoming guests, and R2-D2 sitting in a Starspeeder 1000, while making his usual robotic squeaks and quirks.

It’s quite a long queque, but very entertaining. You are no longer guests, but eager space travelers awaiting departure at a Star Tours Spaceport, complete with audio-animatronic robots as luggage handlers and flight directors. There are flight announcements, special travel announcements, and plenty of blinking lights and noises which give you the impression of being at an actual airport terminal; the only difference being that these are aircraft transporting travelers to places with names like, Hoth, Kashyyk, Naboo, or Tatooine.

As you approach the loading zone, you will pick up your 3-D glasses, line up with your group, then prepare to board a 40-passenger Starspeeder 1000. The plot of this virtual ride is to protect a Rebel spy from the Galactic Empire, with C-3PO and R2-D2 as your reluctant droid pilots. As you can imagine, these two out-of-control robots will take you on an unforgettable and breathtaking thrill ride, with plenty of jerking, bouncing, and sharp swerving. You really do need that seat belt to hold you in place! Fast Pass is available for this ride. There is a height requirement of 40 inches.