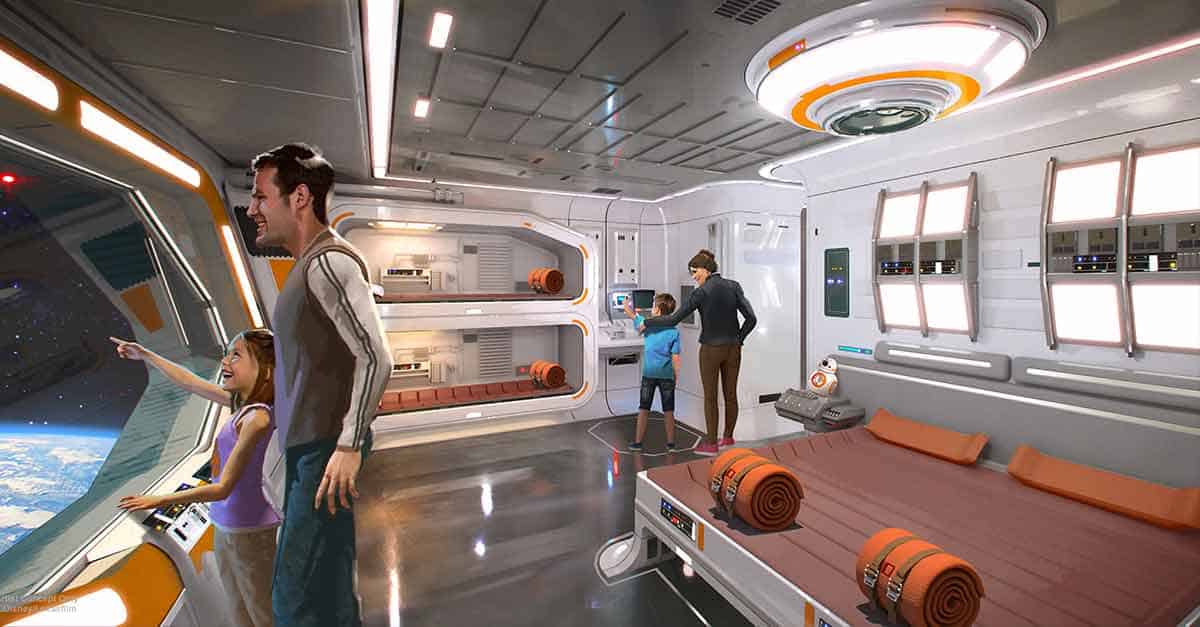 Guests will be put in the middle of a battle between the First Order and the Resistance. They will board a Resistance Troop Transport which will take them away from Bantuu towards this battle escape adventure.  The action will take place aboard a 8-passenger trackless ride vehicle and features an astromech droid attached to the front of it.  Trackless rides are becoming more and more popular among US theme parks, and more will be arriving at Walt Disney World in the future.

There has never been a Disney hotel like this one promises to be.  This may not be the final name for this out-of-the-world hotel, but whatever name it becomes, it will be an unforgettable experience.  A path from the Hotel will allow guests to enter Disney’s Hollywood Studios somewhere between the “Millennium Falcon” and “Battle Escape” attractions.  The design and imagination that went into the components of this spectacular hotel are unbelievable.  As a guest you become a part of the “Star Wars” story the moment you step into this truly unique hotel.  You and your family become citizens of the galaxy, including dressing up in the proper attire.  Once you leave earth your starship will come alive with characters, stories, and happenings that unfold all around you.  It is 100% immersive, and cast members stay in character, giving guests a truly realistic adventure.

Disney’s Hollywood Studios is expanding and transforming into one of the most popular theme parks in the country.  The new “Star Wars” Galaxy’s Edge attraction, “Star Wars” Hotel, Toy Story Land, and other incredible additions will make this theme park a “must see and do” for guests who are looking for the “Disney” vision of a future world where fun, excitement, and imagination rule the day.