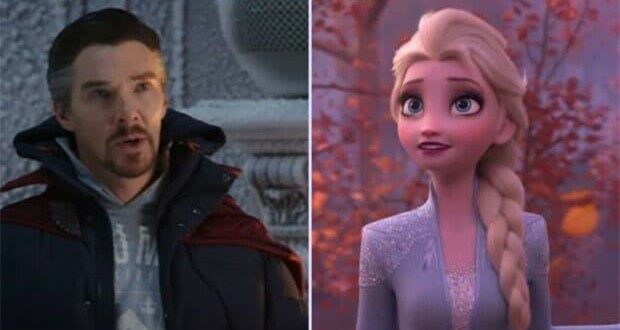 Marvel Studios released the teaser trailer for the highly-anticipated movie “Spider-man: No Way Home” earlier this week, and while reactions to the trailer were overwhelmingly positive, some reactions were completely unexpected. Fans of the Marvel cinematic universe and fans of Disney princesses have connected Doctor Strange, the Marvel superhero who becomes Spider-man’s mentor in the new movie, with Elsa from Disney’s movie Frozen! 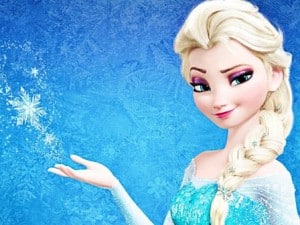 This tenuous parallel between the characters all comes down to one relatively simple factor: ice. When Spider-man (aka Peter Parker, played by Tom Holland) arrives at the headquarters of Doctor Strange (played by Benedict Cumberbatch), he sees that the entire place has been mysteriously covered in ice and snow. This does bring to mind the signature ice palace that Elsa creates in Frozen, and that is briefly seen in Frozen 2 and Olaf’s “Once Upon A Snowman” short film. 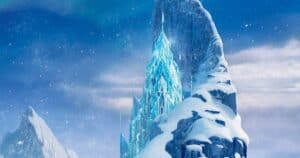 The fact that Doctor Strange is also wearing colors that match the Disney queen’s films’ aesthetic (namely a light blue sweatshirt and a burgundy cape) from Frozen and Frozen 2 has only added credence to this idea among fans, and several have taken to the Internet to spread the idea.

Dr. Strange is in his frozen era, he and wong watched the movies and decided they want an ice palace as well https://t.co/jO0gDbPhYU

Josh Gad, a cast member of Frozen and the voice of Olaf the snowman (as well as LeFou in the live-action Beauty and the Beast) expressed support for this whimsical idea, sharing the following posts on Twitter and welcoming the Spider-Man characters to Arendelle, Frozen’s setting.

The crossover event of the year https://t.co/71LzI9KlXn

It’s certainly true that there are visual connections that can be made between the two scenes: a supernatural being stands (or floats) atop an ice-laden entryway, greeting a powerless human. With the matching color schemes, we can also see the connection; can you? And do you see any similarities between Peter Parker and Anna?