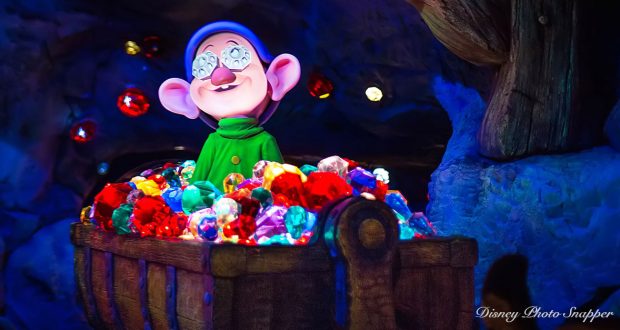 Is It Time for Walt Disney World FastPasses to Return?

Since Walt Disney World reopened its magical gates this past summer, many have been confused and disappointed by the absence of FastPass+. In a world affected by a global pandemic, Disney World had to undergo immense changes just to resume operations. With other parks re-closing or never re-opening period, it’s understandable that concessions have been made despite guest preference. The solution may not be perfect, but today we’re going to look at the current state of FastPass+ and discuss its hopeful return.

When WDW officially announced the halt of FastPass+, they reasoned this could manage crowds. With parks operating at reduced capacity, this didn’t make sense initially. But keep this in mind, the parks also had to implement social distancing markers per CDC guidelines. With guests being required to stand 6 feet apart from others, queues appear to be longer than ever before. The keyword here is ‘appear’. With truly distanced lines, WDW needs all of the space they can afford, as opposed to the much-smaller FastPass+ entrances. So, what does FastPass+ look like today? Well, technically, it doesn’t exist. Instead, Disney has kept the FastPass+ lane open for guests who need accessibility passes. For the average visitor, shortening the wait is not an option. But don’t fret! It isn’t entirely bleak.

FastPass+ may be on hiatus, but wait times are shorter or relatively normal. (Even the week of Christmas yielded average waits this year!) This is mostly due to reduced park capacity. The parks are still officially capped at 35% and only Hollywood Studios (the smallest park) regularly hits its limit. Also, while the lines appear longer, they are constantly moving. (I found it less painful to endure the wait when I was walking!) You can also use this time to place to-go mobile food orders, check out wait times for other attractions, or appreciate thematic queue details you wouldn’t see in the FastPass+ shortcut. Still, we’d recommend having somewhat of a battle plan for each day. Consider rope dropping the most popular attractions and monitor the My Disney Experience app for dips in wait times. All in all, it’s manageable.

That being said, the cons are obvious. If you’re a planner, you’ll miss pre-planning your day and walking route around guaranteed FastPasses. And who doesn’t miss walk-on attractions? Few things are more glorious than sailing through a FastPass+ line. Additionally, this keeps some attractions out of reach. For example, if you love Peter Pan’s Flight, but can’t justify a 60-minute wait for a short experience, you might have to skip it. On a more foreboding note, there is a risk that when FastPass+ returns, it will come at a cost. With competitors already adding a surcharge for this feature, Disney may add a price tag to reduce crowds. This is purely speculation.

So when will FastPass+ return? This author is guessing that we’ll see a new FastPass+ iteration either when parks have increased capacity or travel has returned to semi-normalcy. Until then, the current system isn’t all bad. The reduced entertainment gives us all more time to stand in line and the lack of pre-planning can lead to a “go with the flow” experience. If you’re lucky enough to travel to WDW at all in these times, we’d encourage you to just embrace the magic. Despite everything, a day in Disney World is still better than a day anywhere else.