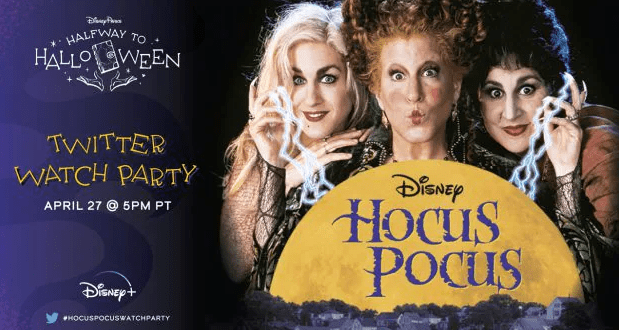 Disney is celebrating ‘Halfway to Halloween’ by sharing special recipes, wallpapers, and more on the Disney Parks Blog, and we are excited to share that you can join in the festive (early) fall fun with an upcoming Hocus Pocus (1993) watch party!

Join us April 27 at 8pm ET / 5pm PT as we kickoff #HalfwayToHalloween by watching Hocus Pocus on @DisneyPlus! Before hitting play, cook up some party treats that will put a spell on you and your guests. https://t.co/cyremnw6iR

To join the watch party, start streaming this classic Halloween film on Disney+ tomorrow, April 27, 2022 at 8 PM EST or 5 PM PT. Then, follow along with @DisneyParks on Twitter and by using the hashtag, #HocusPocusWatchParty. The online event is sure to provide some fall fun for those missing one of the most festive seasons, along with entertaining conversations on this fan-favorite Disney Halloween movie. 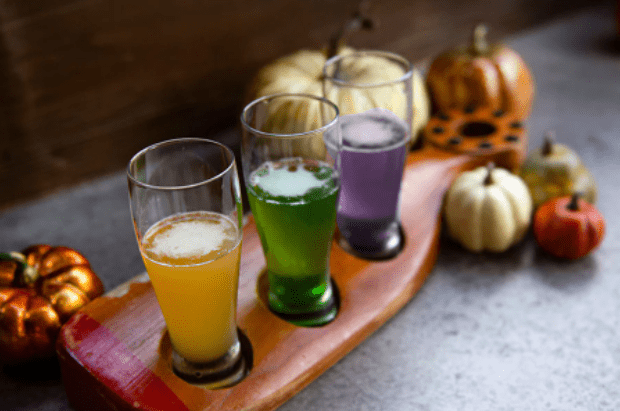 Hocus Pocus has become a major part of Halloween celebrations for Disney fans, from its features in Disney parks in the form of specialty cupcakes and merchandise to a full stage show during Mickey’s Not-So-Scary Halloween Party. (Mickey’s Not-So-Scary Halloween Party has not taken place since 2019 due to changes following the COVID-19 pandemic. We discuss whether or not the party could return this year in this post.)

For even more Sanderson Sister-inspired magic to your Halfway to Halloween Hocus Pocus watch party, the Disney Parks Blog has shared recipes you can add to your evening of streaming. This recipe for the Witch’s Flight offers a flight of specialty alcoholic beverages you can make from home, while Winifred’s Pumpkin Broomstick Twists can add something sweet to the occasion. (If the Witch’s Flight sounds familiar, you may have seen it in the past during a fall visit to Walt Disney World as it was originally served at Jock Lindsey’s Hangar Bar in Disney Springs.) 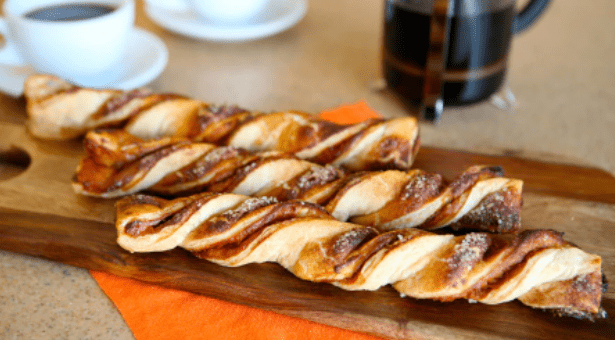 The Hocus Pocus watch party is truly a precursor to a much larger Hocus Pocus event Disney fans have to look forward to later this year. Hocus Pocus 2, the highly anticipated sequel to the 1993 film will begin streaming on Disney+ on Halloween this year!