Since the DLC pack’s setting is meant to be an exact recreation of the real Magic Kingdom in “Minecraft’s” pixelated style, it includes the Park’s “six themed lands and twenty classic attractions”. There’s even Disney Park music playing! Players will be able to visit Disney roller coasters like “The Jungle Cruise” and compete with each other on rides like “Buzz Lightyear’s Space Ranger Spin”.

If interaction is what you’re really after in the game, then head to locations like “The Haunted Mansion” or Adventureland to actually “interact with Disney Cast Members”. There will be 25 Disney or Pixar characters available for meet-and-greets and virtual autographs too! When it comes to merchandise, keep an eye out for Spirit Jerseys and Mickey Mouse Ear Headbands, “as well as 20 different iconic Disney Parks food and drinks like Mickey’s Hot Chocolate and Pineapple DOLE Whip Cup as seen at Aloha Isle Refreshments”. To top off the virtual experience, players can celebrate with fireworks at Cinderella Castle! 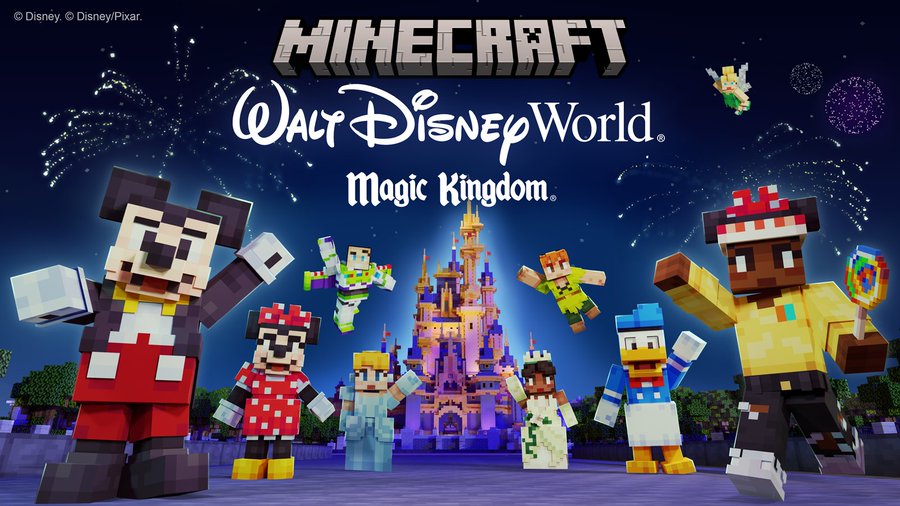 Minecraft 2021-11-16
Sharon
Previous: This Eco-Friendly Makeup Brand Has Added Some Disney Villain Inspiration to Its Collection
Next: Disney and Its Imagineers Have Just Received Several Awards