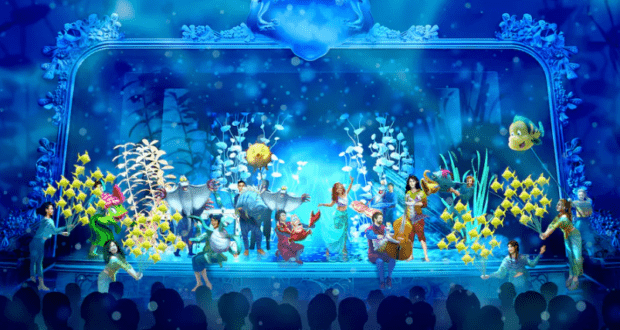 The Disney Wish, the newest ship by Disney Cruise Line, is set to launch this summer with all-new dining experiences, interactive play areas, special activities for the whole family, reimagined suites and cabins, and more. While work is still underway on the newest vessel, the Disney Parks Blog just shared a first look at one of the new live stage spectaculars coming to the Disney Wish, a reimagining of the classic story of The Little Mermaid. 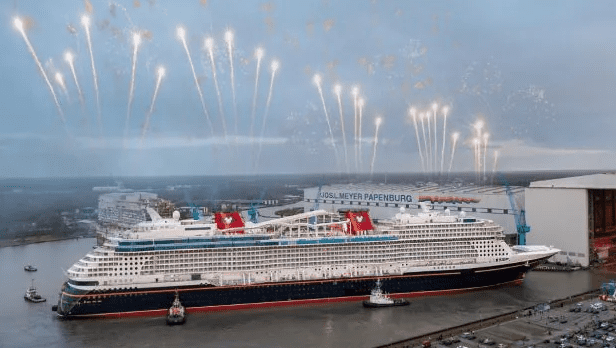 The new show titled Disney The Little Mermaid will offer Guests a new interpretation on the classic 1989 Walt Disney Animation Studios film. Imagineers working on the new production for Disney Cruise Line teamed up with Broadway creators to develop this all-new stage adaptation of this classic tale, only available for performances on the Disney Wish.

Disney The Little Mermaid will be a more modern retelling of the story of Ariel, and while many of the memorable scenes and favorite characters from the original Disney movie will be in this new interpretation, along with some of the most iconic Disney songs, this production promises to offer audiences something entirely new. During the show, a couple of contemporary storytellers will help add to the modern twist, and along with new choreography and a reinterpreted script, Guests are sure to experience something new even if they are very familiar with the original story. 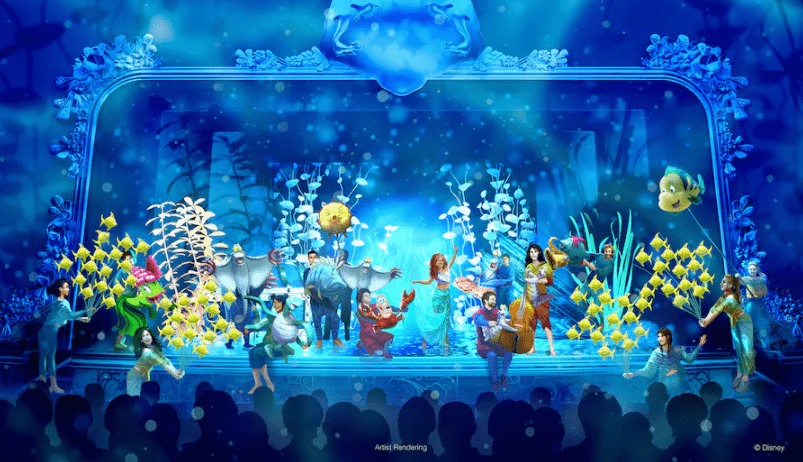 As with the original movie and other retellings of The Little Mermaid around Disney theme parks, “Under the Sea” will be a true showstopping performance. The number will include the latest technology in puppetry with a myriad of sea creatures alongside beloved characters like Sebastian and Flounder taking to the stage to sing and dance.

New for this production of The Little Mermaid, advanced video projections will take the Walt Disney Theatre onboard the Disney Wish and change it into a magnificent 360-degree environment all taking place “under the sea.” During the iconic love song, “Kiss the Girl,” for instance, a chorus of sealife will sing the song’s melodies as Sebastian leads the performance. And, while we don’t have all of the details quite yet, we do know that while Ariel notably does not have her voice in this scene, the production will take her inner voice into play, too. 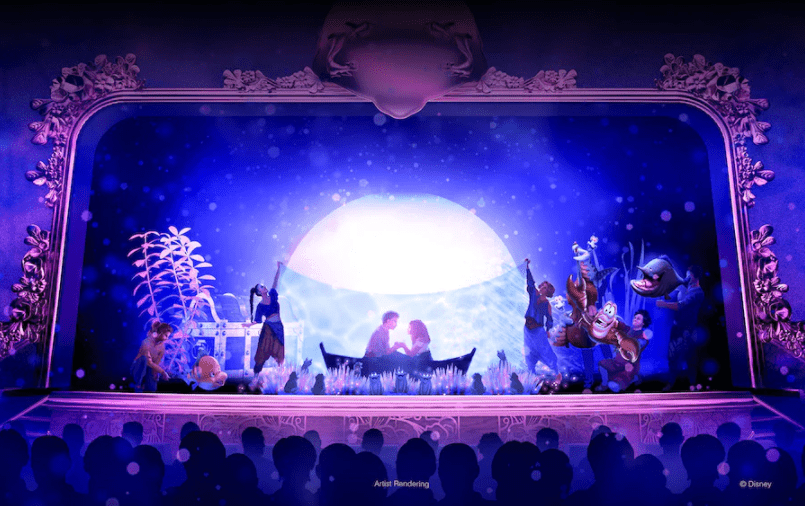 Another memorable musical number from the original story, “Poor Unfortunate Souls” will be included in Disney The Little Mermaid as the villain’s song by none other than the sea witch, Ursula. This adaptation of the story will feature a more soulful version of the song, and Guests will feel fully immersed in the setting when Ursula grows to become truly larger than life. 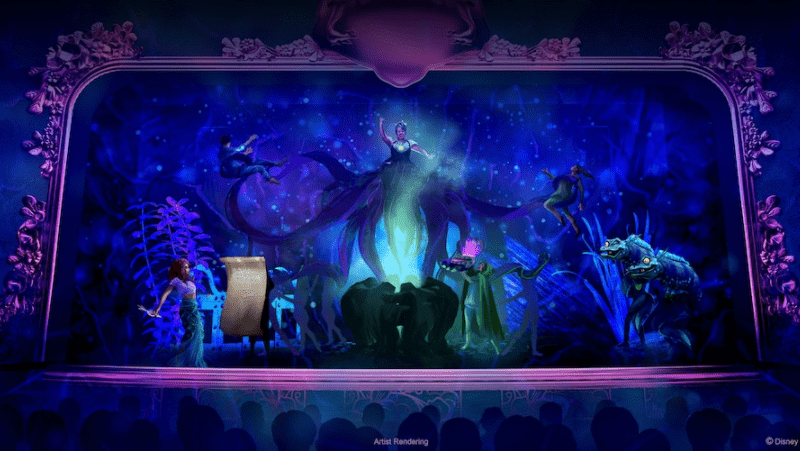 Disney The Little Mermaid is just one of the new features coming to Disney Cruise Line aboard the Disney Wish. Entirely new areas of the ship devoted to each different age group, enhanced dining experiences, activities, and more, all await in the newest venture by Disney Cruise Line. We will be back with more updates from the Disney Wish here on Disney Fanatic as we near the ship’s launch this summer.