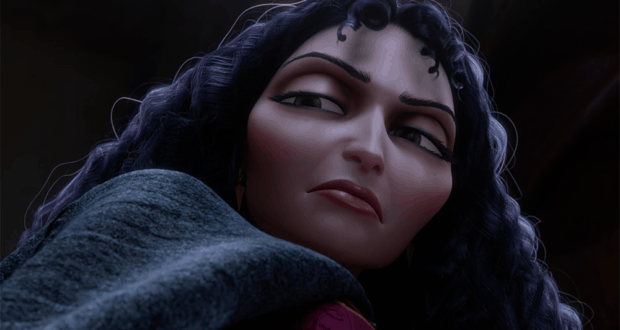 When it comes to creating and developing characters, no one’s better at it than the creators and writers at Disney and Pixar. Their extensive list of characters from movies, cartoons and other productions over the years is nothing short of impressive. It seems no two characters are alike. But perhaps one of Disney’s and Pixar’s most keen talents lies in the creation of frightful characters—usually villains—who not only add suspense to the storyline, but also, quite frankly, scare us to death! Here are 8 of those frightful characters.

Sid is unique in that he is the only Toy Story character who has ever seen the toys actually come to life. They had to! There was no other choice for them but to show Sid they were alive and slowly walk, creep or crawl toward him while Woody speaks aloud, telling Sid that the toys don’t like how he treats them. Sid is mean just for the sake of being mean—putting mismatched toy and doll parts to other toys and dolls, strapping toys to rockets, etc. And his bedroom is reminiscent of a dungeon. That is all.

Chernabog wins the title of “Scariest Looking Disney Character of All Time.” He was drawn to look like a demon, and his enormous wings just look like evil. He is featured in the “Night on Bald Mountain/Ave Maria” segment of the 1940 film, during which he tosses all of his minions into a fiery pit. He was drawn by animator Vladimir Tytla and is based on the god of night in Slavic mythology. He’s so evil-looking that some just skip that segment of Fantasia.

You might not have expected to see this villain’s name on a list of Disney’s most frightful characters, but let’s break things down a bit. First of all, in his song, “Shiny,” Tomatoa, the gold and diamond-crusted crab asks Moana if her grandmother told her to be who she was on the inside, and then he continues by saying that Moana’s grandmother lied. (Not cool to talk about someone after they’ve passed.) Then he tries to eat Moana, but Maui stops him—and then it’s Maui that almost becomes Tomatoa’s next meal. Toward the end of the scene, Tomatoa’s face is outlined in neon pink, and the result is an even more terrifying version of the self-proclaimed decapod.

In this film from 1998, we are introduced to a headstrong young woman who is dedicated and determined to make a difference for her family and for her country. But another headstrong character is introduced, and his look alone is scary. Shan Yu’s yellow and black eyes pierce through anyone he looks at, and we see him order a messenger to be killed—one of his own men. Part of his goal is to assassinate the Emperor. And if all that isn’t enough, the crazed maniac pops up out of the snow in which he was fully buried by an avalanche. That’s horrifying by itself!

Have you actually, truly, really watched the last 15 minutes of Wreck-It Ralph? King Candy takes on a horrifying form and the look in his eyes is one of the most evil sights ever created in CGI. The King gets bonus scary points for being so charming and kind at first, so as to give his unknowing victims a sense that they could trust him.

3. The Queen of Hearts from Alice in Wonderland (animated)

The fact that she’s animated, smiles sweetly and speaks gently at times doesn’t negate the fact that Queen of Hearts has got to be one of Disney’s scariest characters. There’s a special kind of psychosis that’s going on in the mind of a woman who finds joy in having her subjects decapitated. And her violent mood swings are enough to make you question your own sanity (I’m sure Alice felt the same). She’s horrible to everyone—her loyal subjects, her tiny husband, Alice, the list goes on.

2. Dr. Facilier from Princess and the Frog

Dr. Facilier is one of the creepiest Disney characters of all time. His face and body are reminiscent of a skeleton. He’s a witch doctor who dabbles in black magic and sees (and talks to) spirits (“friends on the other side”). His goal is total control: he wants to rule New Orleans. He is terrifying in every way.

Mother Gothel is hands-down one of the most evil villains Disney has ever created. She started out horrible and kept going—kidnapping the King and Queen’s daughter? Right out of her own crib? Mother Gothel is a liar and a manipulator and shows multiple symptoms of Narcissistic Personality Disorder—gaslighting Rapunzel, etc. The one and only reason she keeps Rapunzel from leaving the tower is that she wants the young girl for herself—so that she can get her “youthful fix” any time she starts going a little grey. She is the mastermind who tricks Rapunzel into thinking that Flynn Rider took off without Rapunzel because he didn’t want to be with her. She ultimately tries to kill Flynn but falls out the window to her death.