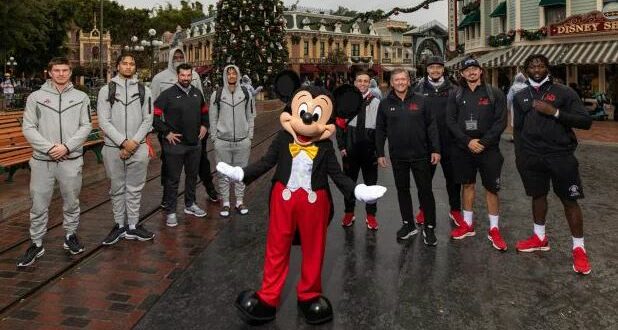 Fans of college football, particularly of the Ohio State Buckeyes and the Utah Utes are likely already gearing up for the upcoming Rose Bowl Game, and players are getting ready for the event by spending time exploring the Disneyland Resort ahead of the game. 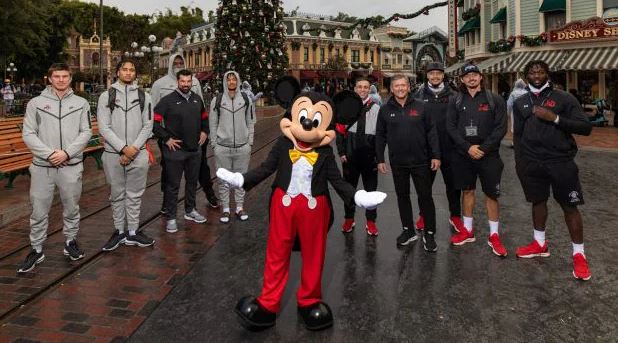 The 2022 Rose Bowl Game presented by Capital One Venture X will be played in Pasadena, CA on New Year’s Day, January 1, 2022. One the way to Pasadena however, both teams made a traditional celebratory stop at the Disneyland Resort. And, what better way to celebrate the upcoming Rose Bowl Game than with a quick visit to the Happiest Place on Earth? At the conclusion of the teams’ first official pregame appearance for the 2022 Rose Bowl Game, everyone was invited to visit Main Street U.S.A.’s historic opera house for press events and interview coverage. Visiting the Disneyland Resort is a memorable tradition for plays participating in the Rose Bowl Game, and this year’s teams were thrilled to be a part of this most magical college football pregaming event. The Ohio State Buckeyes will take on the Utah Utes on Saturday, January 1, 2022 during the 108th Rose Bowl Game. The Buckeyes finished their regular season with a 10-2 record and the Utes finished with a 10-3 record as well as by winning their first Pac-12 Championship.