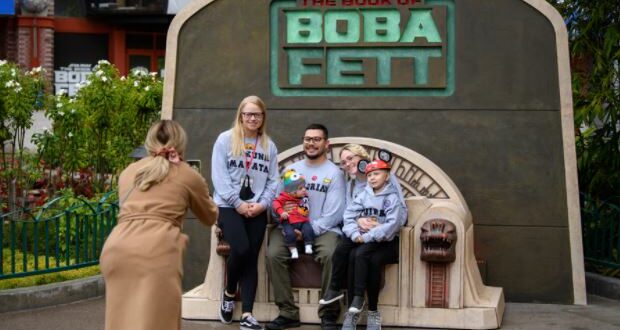 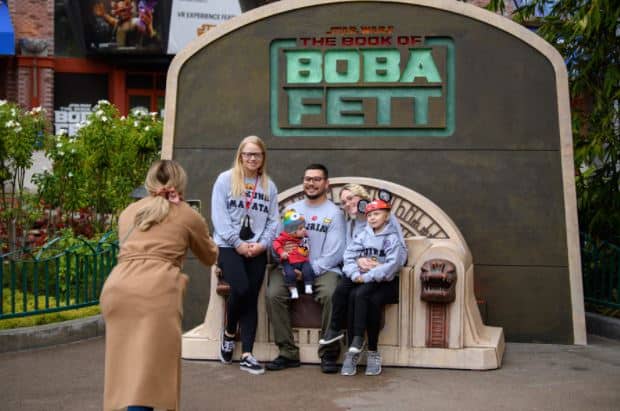 The photo op was recently placed near the entrance to the Star Wars Trading Post store in Downtown Disney in honor of the brand new Disney+ original series, The Book of Boba Fett. This unique photo op is straight out of Tatooine with its design being a near identical replica of the throne seen on the Disney+ show.

The show, which will debut on Disney+ on December 29, 2021, shares the story of Boba Fett as the legendary bounty hunter, and of Fennec Shand during the time of the Galactic Empire while they claim the territory previously ruled over by Jabba the Hutt.

For more Star Wars fun around the Disneyland Resort, head over to Disneyland for some classic travel throughout the galaxy on Star Tours, or visit Star Wars: Galaxy’s Edge and immerse yourself in the Star Wars story during the age of the First Order.

Looking for Star Wars gifts this holiday season? The Star Wars Trading Post store in the Downtown Disney District is the ultimate destination to pick up gifts for the Star Wars fans on your list,  and the World of Disney Store is the best one-stop shop for finding gifts for every Disney fan you’re shopping for this season, along with fans of Star Wars. After you grab your Boba Fett throne photo, you may also find some uniquely Star Wars merchandise in Disneyland nearby the Star Tours attraction and in the shops of Star Wars: Galaxy’s Edge. 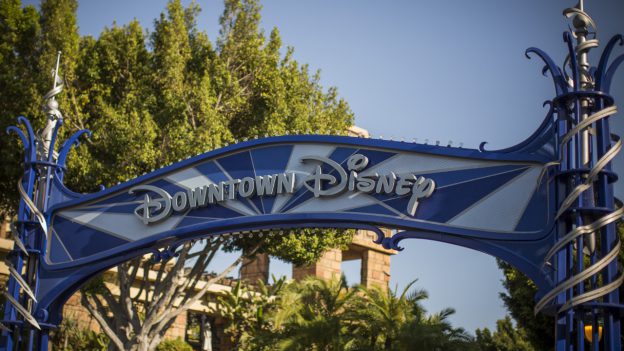 shopDisney has lots of Star Wars merchandise, too, that you can order right from home if you do not have a trip to the Disneyland Resort or Walt Disney World Resort coming up. Just be sure to order early so the gifts have time to ship to you!  And don’t miss The Book of Boba Fett, new to Disney+ on December 29.