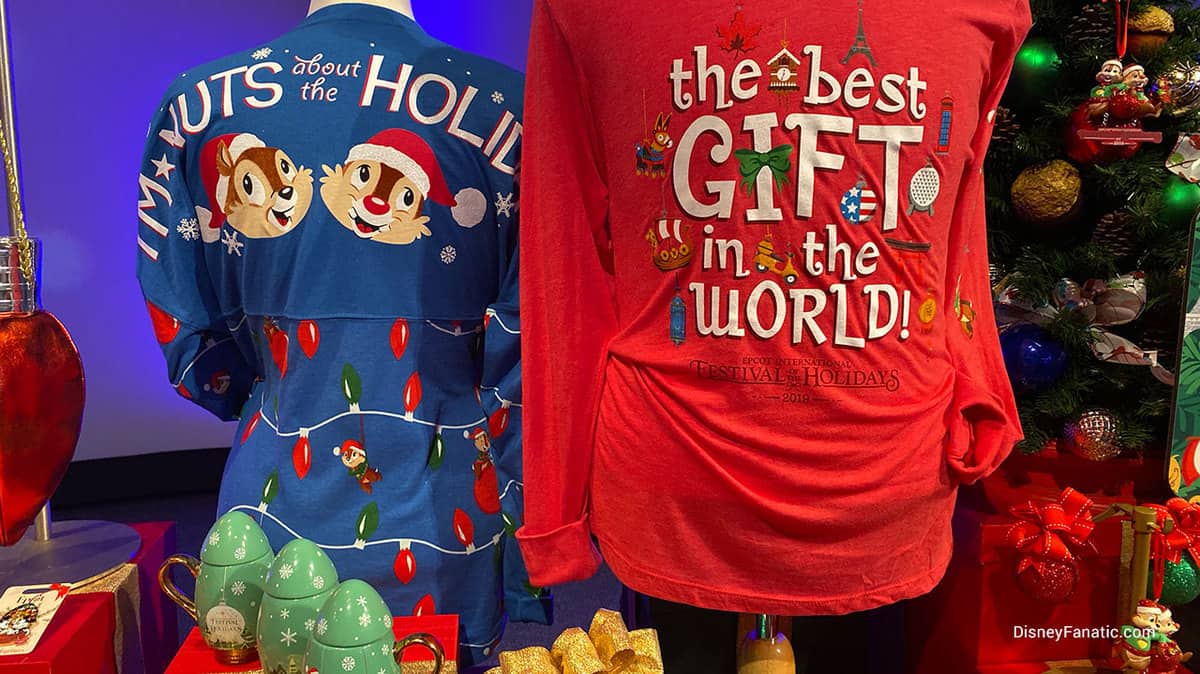 You’ll discover plenty of merry merchandise throughout Disney World that you might think Santa’s giant toy sack has burst open as he passed over the resort in his sleigh! Or maybe Disney World itself is the biggest gift you could have this year (although it would take up quite a lot of wrapping paper and a great length of ribbon).

At Disney World in doesn’t matter whether you’ve been naughty or nice, because no one will be checking that list once (and therefore definitely not twice). Mickey’s little helpers have been extra-busy this year, and there’s not a single store that hasn’t undergone a merry makeover!

What’s festive about Star Wars: Galaxy’s Edge, you might wonder? After all, Batuu is hardly even the winter wonderland that is Hoth. But, actually, it might just be one of Disney World’s secret weapons this year – because The Rise of Skywalker is out in a few days, just in time for Christmas!

For decades Star Wars has brought families together, and just like the way of the Jedi it has been passed down from generation to generation. Well now you can share a real Star Wars adventure with the family! Have a blast on Millennium Falcon: Smuggler’s Run or brave Star Wars: Rise of the Resistance. Whatever you do, be sure to make many intergalactic memories with your loved ones this Christmas.

There may be no argument that Disney World’s major events, from its party-filled parades to its bombastic fireworks and illumination events, are perhaps the most festive. After all, the Holidays are a time for celebration, so after a long day of adventure with the family, it’s time to do just that.
Get swept up by Minnie’s Wonderful Christmastime Fireworks Show at Magic Kingdom Park, immerse yourself in Jingle Bell, Jingle BAM! at Disney’s Hollywood Studios (until January 5), or behold the wonder of Epcot Forever. And don’t forget about Mickey’s Very Merry Christmas Parade on Main Street, U.S.A. starting on December 23 – a joyous, cheer-filled street party bursting with festive spirit!

Perhaps one of the most magical things about Disney World is that no matter the time of year, it feels like Christmas every day! What’s even better is that Disney sure knows how to make the celebrations last. So even if you don’t make it to the resort in time for Christmas, some of the festivities will continue into the New Year. But hurry – they don’t exactly last for a long, long time.

Left 2 of 2 right
Next: Disney Souvenirs and Gifts Everyone Will Love Receiving