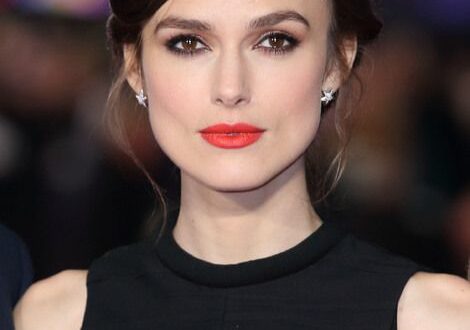 Any fans of Pirates of the Caribbean: Curse of the Black Pearl, Pirates of the Caribbean: Dead Man’s Chest, or Pirates of the Caribbean: At World’s End will recognize Keira Knightley: after all, the English actress played the delicate-maiden-turned-pirate-captain Elizabeth Swann for years, even making a post-credits appearance in newer Pirate movies! Keira is typically known for her period dramas and movies done in historical settings like Pirates, but now she’s branching out. The actress is not only doing voiceover work–she’s also starring in Silent Night, a brand-new “U.K. dark comedy“, and she’s working with none other than Captain Jack Sparrow’s daughter, Lily-Rose Depp (seen in the bottom left of the above picture)! 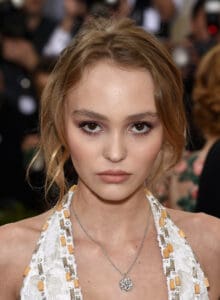 Lily-Rose Depp (who clearly inherited her father’s looks, even without pirate eye makeup) is presumably playing a family member of Knightley’s. The movie is about “a family’s eventful Christmas dinner in the country…burdened by mankind’s [imminent] destruction, the normally stoic Brits in attendance at the idyllic rural gathering can’t find the courage needed for their last night on Earth”. The premise sounds both disturbing and interesting, and we’ll be intrigued to see what roles Keira and Lily-Rose play! 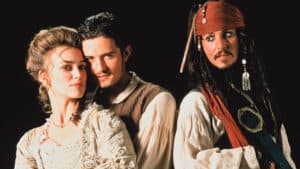 Keira often chooses work that involves bigger questions, and she’s done it again: this film is all about “asking audiences, in a comedic yet honest way, what sacrifices they would be willing to make for the good of their family and humanity at large.” Are you interested in seeing this movie, and curious how the family’s night will go? Have you seen any other work by Keira Knightley or Johnny Depp’s daughter? And do you think we’re ever going to get a modern-day movie featuring both Keira and Johnny Depp himself (or are you still hoping for more Elizabeth Swann in any future Pirates films)?