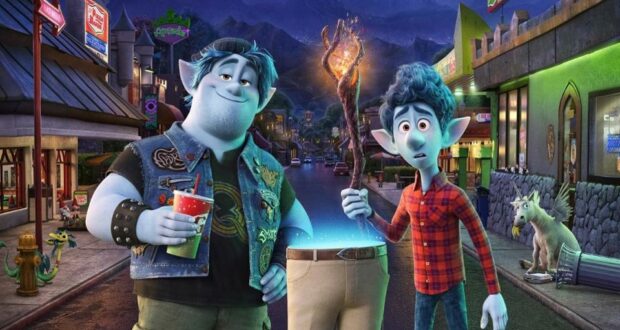 Ever since Pixar and Disney combined forces, moviegoers have been treated to a wider variety of emotional and entertaining animated films. Now, Pixar is getting a month in the spotlight for Pixar Fest, and Disney has recommended six ways to participate from home! New activities are going to be released weekly, Disney+ is hosting a “virtual film festival”, and new merchandise is being released!

Disney has also begun a collaboration with the Starlight Children’s Foundation: the collaboration will focus on creating “Pixar-themed Starlight Hospital Wear” based on “Toy Story,” “The Incredibles,” and “Up.” As a bonus, each hospital gown will have a QR code that the patient can use to access unique Pixar-themed fun! Starlight and Disney are also delivering Pixar toys to pediatric patients throughout September there are Pixar Fest festivities going on nationwide in pediatric facilities and children’s hospitals. 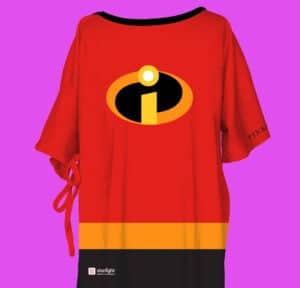 Even though anyone with Disney+ access can technically watch Pixar movies anytime, Disney is inviting everyone to schedule in their movie-watching and treat the month like a traditional film festival. The film schedule is below! Are you going to join in during some of the movie viewings?

Pixar Fest is building on their movie-marathon theme by encouraging Pixar fans to participate in a TikTok and Instagram challenge! In this challenge, you will be asked to recreate the poses of characters in each week’s ‘assigned’ film. It’s also recommended that you include as much Pixar merchandise as possible! Several influencers (such as Harry Shum Jr., Phil Wright, Williams Family, Merrick Hanna, and McKenzi Brooke) will be participating as well. 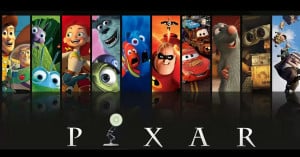 If you live in New York City, you may want to stop by Pixar Putt, a temporary mini-golf course that’s been set up for the month! As usual, the golf course has 18 holes, but each hole is inspired by a different Pixar film. In this case, the lucky movies include “Toy Story,” “The Incredibles,” “Monsters, Inc.,” “Finding Nemo,” “Coco,” “A Bug’s Life,” “WALL•E,” “Inside Out,” “Cars” and “Luca.” Pixar Putt will also be shifting to different locations throughout America during this September, so don’t lose hope if you don’t live in New York! 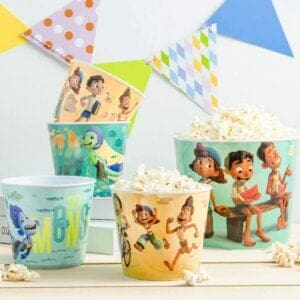 Disney Fanatics who enjoy the mobile Disney Emoji Blitz game will also be able to celebrate Pixar Fest; a Pixar Food Fight is airing on the app today, September 7th! On September 8th through 12th, there will also be a Pixar Celebration Item Card Event that features characters like Onward’s Manticore and Edna from “The Incredibles”. A special-edition Dug-themed Emoji Headphone set will be offered, in keeping with the new Disney+ series “Dug Days”, and there will also be a free fit for everyone who logs in on September 13!

As usual, this special event also comes with lots of product launches, including the Luca-themed popcorn boxes shown above! While several of the products are geared towards children, there’s also a new Ciaté London makeup collection that’s being revealed. This makeup kit is inspired by Edna and the “bold, bright and brilliant days of pop art”, and it contains “a multi-tasking face palette, a soft-matte lip shadow, and a duo of ultra-creamy gel liners”.

Which event are you going to be joining in for? Are you excited to try Edna’s makeup look, or eat out of some Luca popcorn buckets while tuning in for a synchronized movie marathon?

PixarFest 2021-09-07
Sharon
Previous: The Creations Shop Gets An Opening Date
Next: “Monsters At Work” Gets An Emotional Ending