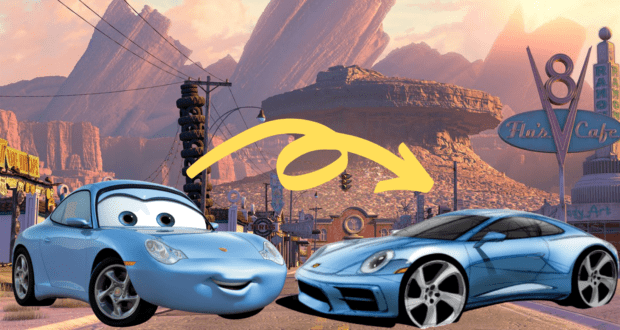 Pixar Animation Studios is teaming up with Porsche to create a one-of-a-kind, street-legal version of one of the iconic characters from the Disney and Pixar hit animated film, Cars (2006). The real-life version of Sally, the memorable blue Porsche that befriends Lightning McQueen while in Radiator Springs, is already in the design stages with artists and engineers from Pixar and Porshe collaborating to have the car ready to auction in support of charitable organizations. 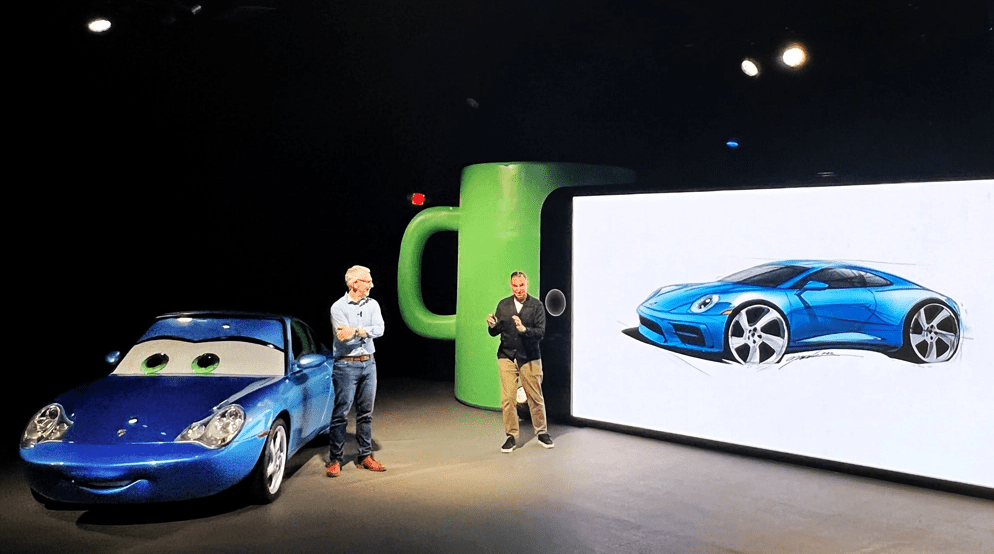 The new Sally Carrera project was officially announced at the South by Southwest festival in Austin, Texas, where Robb Report spoke to creative director of franchise at Pixar Animation Studios, Jay Ward, who shared, “The spirit of Sally is giving to others. Our goal is to raise the most money for charity.”

The car’s design will feature a custom Sally Blue metallic paint scheme and completely original bodywork inspired by the specific style Porsche design of Sally in the film. Porsche Boxter designer Grant Larson is one of the leads working on the “Sally 911” project. 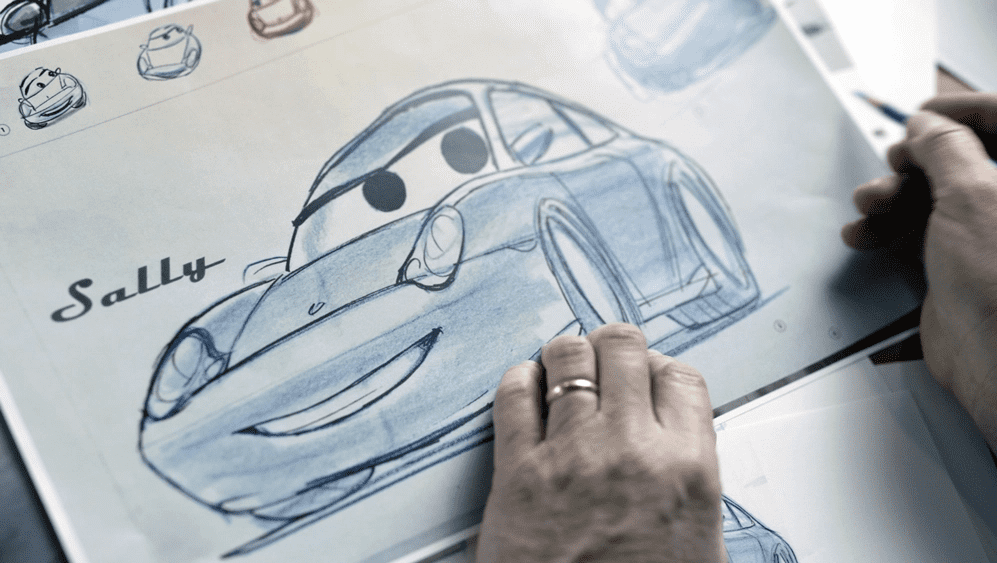 Pixar animation production designer Bob Pauley, who worked on the design of Sally in the animated film, shared that the Disney version of the vehicle was basically made by cutting a 996-generation 911 in half, which might come as a shock to car enthusiasts, but it certainly worked well for how the character looks onscreen. As Lightning McQueen’s eventual sweetheart, some of Sally’s design was also inspired by what features would compliment McQueen’s style and color scheme. Pauley pointed out, “Blue was the perfect choice because it looks great against the red [of McQueen] and also against the warm tones of the desert.”

Once complete, Pixar and Porsche plan to auction the sports car to raise money in support of two incredible nonprofit organizations, Girls Inc., which is a nationwide concept that creates education programs and services to help young girls overcome economic, gender, and social barriers, and USA for UNHCR (United Nation’s High Commissioner for Refugees) which is working to support children and families whose lives have been impacted by the injustices taking place in Ukraine.

In addition to creating a real life Sally, Pixar is collaborating with Porsche on a new timepiece that will go for auction as well. The timepiece will be a one-of-a-kind item with no others made so it is sure to catch the eyes of car collectors and Cars movie fans and bring in funds to support the organizations.

The car is still in the design phases and no date or specific auction event has been announced so far, but designers hope to have it arrive at an auction within the next year so the funds can start supporting the two charitable organizations soon.