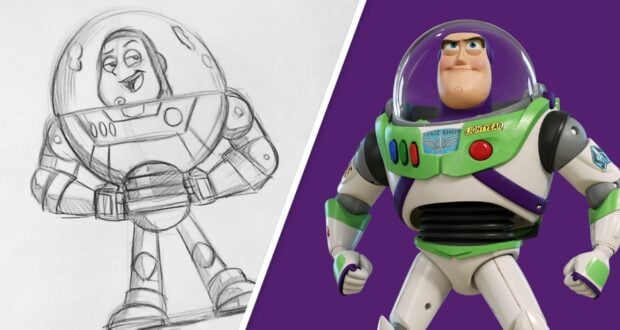 “To infinity and beyond!” Grab your pencil and paper and get ready to work up a masterpiece fit for our favorite animated astronaut… Buzz Lightyear! DisneyMagicMoments has shared all the details below along with the drawing tutorial to make the magic unfold right on your paper. Happy drawing!

In Pixar’s latest episode of “Draw With Pixar,” animator Benjamin Su takes viewers through a step-by-step lesson on how to draw Buzz Lightyear. A veteran of Pixar, Benjamin has worked at the studio for 10 years, contributing to films including Inside Out, Onward, Toy Story 3, and Toy Story 4. Talk about an impressive span of movies! You may have also seen some of Benjamin’s art on the Pixar social handles, where he has drawn adorable pieces featuring Carl and Ellie, Uku and Lele, and many more beloved characters.

Now that you’ve gotten to know Benjamin a little better, it’s time to draw! Grab a pencil and a piece of paper, and press play on the video below!

While you’re hard at work on your masterpiece, here are a few facts about everyone’s favorite space ranger: