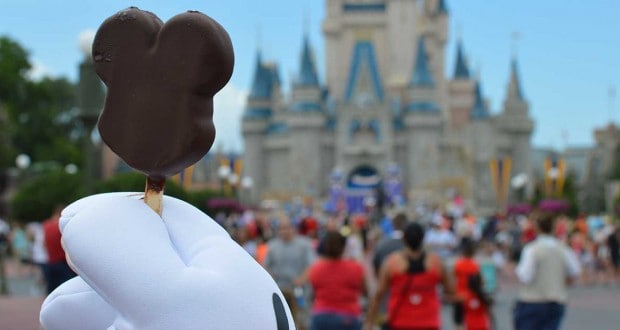 Anyone who knows me knows that I have the biggest sweet tooth in the world, and that includes Walt Disney World. I would rather eat cookies than chicken or ice cream over vegetables. I live by the motto “Life is short. Eat dessert first,” and that is why I am happy to share with you the eight best desserts in Walt Disney World:

One of the best desserts of all the signature restaurants throughout Walt Disney World is the trio of concession sweets found at the Flying Fish Café located on Disney’s Boardwalk. The first of the trio is the caramel popcorn mousse. The mousse has a consistency of pudding and the taste was that of vanilla pudding with a hint of caramel. Extra caramel flavor was brought in through the fresh caramel popcorn topping that is reminiscent of the caramel popcorn that’s available on boardwalks up and down the East Coast. The second of the trio is the cherry limeade Popsicle. This bite-sized, tart Popsicle is served in a sugar rimmed shot glass, and the cherry and lime flavors come together in this whimsical treat. The last of the trio, and the best, is the s’mores “lollipop”. Marshmallow crème holds two graham cracker cakes together and the sandwich is served with a swirl of white and dark chocolate as its “stick”. This “lollipop” is the chocolate fix necessary to perfectly round out this dessert.

Zebra Domes are little treats that look just like their name suggests – white chocolate mousse domes with chocolate stripes. The white chocolate has a unique caramel flavor that is courtesy of the added Amarula Cream Liqueur. The domes are then dipped in chocolate crumbs for a little added texture. In order to get your hands on these sweet treats, you must head out to Disney’s Animal Kingdom Lodge. Zebra Domes can be found at Boma, the excellent buffet restaurant, as well as Mara, the Lodge’s quick service restaurant.

Most visitors to Le Cellier, one of EPCOT’s most famous dining establishments, are anticipating the juicy filet mignon they’re sure to order. On the other hand, the maple crème brulee is the star of the dinner show. This creamy custard of eggs and sugar is sweetened by just the right amount of pure, Canadian maple syrup. The custard is topped by a caramelized sheet of sugar that provides a great change in texture from the custard. The dessert is usually garnished with a small cookie in the shape of a maple leaf, for an extra hint of Canadian flare.

You’ll find several great dessert options at the Kusafari bakery, which is located in the Africa section of Animal Kingdom. One of my personal favorites is the Cottontop Tamarin cupcake. This chocolate cupcake has decadent buttercream icing piled high, just the way I like it. What transitions this from an otherwise ordinary chocolate cupcake is the chocolate lollipop adorning the dessert. To make it two desserts in one, the Walt Disney World chefs added a white and dark chocolate creation that resembles the face of a cottontop tamarin monkey, which you can find on your way to Rafiki’s Planet Watch.

Nothing says dessert at Walt Disney World quite like a Mickey Ice Cream bar. This traditional treat is located throughout the Magic Kingdom and is a refreshing treat on any day. Rich vanilla ice cream is frozen in the shape of our favorite mouse and then dipped in dark chocolate for a rich candy shell. This dessert is a great option when you’re on the run between attractions as it can be eaten on the go!

The place to get a great dessert in Disney’s Hollywood Studios is Starring Rolls Bakery. This bakery is one of the best on Walt Disney World property. Here, you can have your choice from many cupcakes, including the ever popular Butterfinger cupcake. This is a chocolate cupcake with a fudge filling. The cake is then topped with what can only be described as a large ice cream scoop’s worth of rich, creamy vanilla buttercream icing that is the perfect combination of salty and sweet. The icing is then dipped in dark chocolate and then dipped again in mashed up chips of Butterfinger candy bar. The way the chocolate hardens with the pieces is almost as if you are eating a buttercream icing filled Butterfinger. And that’s all right by me. One might think the mix of the flavors of the salty butterscotch, bitter chocolate and sweet buttercream would overpower the cupcake. One the contrary, this sweet treat is truly one of the best dessert options in all of Walt Disney World.

When travelling around the World Showcase Lagoon, I can’t wait to experience the dessert option at La Cantina de San Angel in the Mexico pavilion: the Churritos! These little cinnamon and sugar covered sticks of fried dough are heaven in a basket. They are fried to a perfect mix of chewy and crispy, and covered with a thick layer of cinnamon and sugar. The Churritos are brought closer to the perfect dessert by being served with a milky caramel sauce that is sweet with just a hint of salt. Churritos make you realize you should skip the tacos and go straight to dessert!

The ‘Ohana bread pudding a la mode with bananas foster sauce is tough to beat, which is why I think it is the best dessert on all of Walt Disney World property. I cannot stress to you enough, the importance of saving room to eat not one, but two orders of this dessert. The bread pudding is served warm, and is slightly crispy on the outside, but gooey on the inside. The bread softens as the ice cream melts and the bananas foster sauce oozes its way into the crevices of the bread. This is a sweet dessert and a great finish to an amazing meal! dessert Dining Disney 2014-07-11
Angela Bertugli-Spece
Previous: Disney Princesses – Are They a Positive or Negative Influence on Young Girls?
Next: Ladies! Here are 4 Ways to Pamper Yourself at Disney World

An attorney by trade, Angela’s true passion is all things Walt Disney World. She took her first steps into the Magic Kingdom in the fifth grade and has been a fan of Walt Disney World ever since. While she spends her days writing briefs and memos, she enjoys writing about and sharing her Walt Disney World experiences with her family and friends in her free time. Angela and her husband, Gabe, recently discovered all of the amazing “adult” drinking and eating opportunities that can be found in Walt Disney World, and have made it their own personal goal to visit all of the pubs and lounges on property. When Angela is not planning her family’s next trip to Walt Disney World, or daydreaming about getting a job with an office in the Magic Kingdom, she enjoys snow skiing, hosting parties, spending time with her husband, and taking their black lab, Pearl, for a long walk each day! 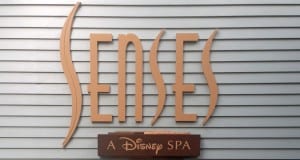 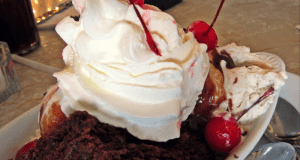