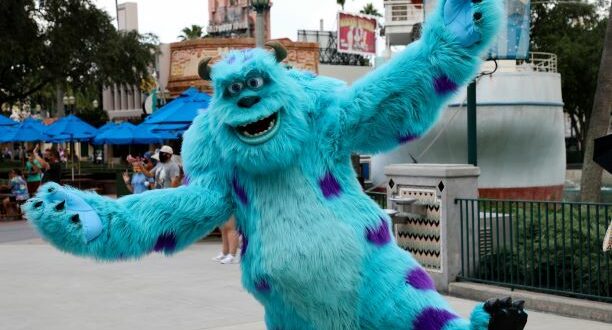 The Re-Opening of Disney’s Hollywood Studios: 10 Things You Need to Know Before Visiting

By now you’ve probably heard that Hollywood Studios and the other three theme parks at the Walt Disney World Resort have reopened. Disney’s Golden Age of Hollywood-themed park opened on July 15, 2020, and for many Disney fans, it’s the best news they’ve heard in a while. For other fans, the reopening creates more questions than comfort. Never fear; DisneyFanatic.com is here with a list of 10 things you’ll want to know before heading back to this unique Disney park.

10. The queue process for Rise of the Resistance has changed.

When the Rise of the Resistance attraction at Star Wars: Galaxy’s Edge opened in early December, the national news was filled with pictures of the massive crowds of Guests that gathered each morning, hours before the park opened, each one hoping to make it into the queue for a chance to experience the epic Star Wars-themed attraction. But alas, COVID has changed so many things, and the virtual queue for the attraction is no exception. During this unprecedented time, if you and yours want to experience Rise of the Resistance, you’ll need to jump through a few proverbial hoops. First, you’ll need to be physically at Disney’s Hollywood Studios. Second, you’ll need to access the My Disney Experience app for your shot at the queue. At 10:00 a.m. and 2:00 p.m. daily, Guests are invited to request to join the virtual queue via the app. If you are lucky enough to make it into a boarding group, you’ll receive a notification from the app when it’s time to approach the attraction loading zone for your turn to experience this amazing attraction.

9.  Operating hours for the park are different.

8. Many restaurants are not currently in operation.

Another casualty of the changes taking place in our world right now is the pre-attraction entertainment at experiences such as Mickey and Minnie’s Runaway Railway and the Twilight Zone Tower of Terror. Sad. Sad but true.

Say it ain’t so! Well, we wish we could, but the sad truth right now is that Fantasmic!, like other nighttime entertainment and spectaculars, is not in production. No word yet on when the show will resume, but considering that the amphitheater in which the show takes place holds up to 10,000 adoring fans, we don’t see this experience ramping up any time soon. Again, sadly.

This one makes this Disney fanatic really sad. For the first time in years, we visited Disney’s Hollywood Studios without the delight-enment of the Citizens of Hollywood and their silly antics. The improv troupe of performers usually adds to the enjoyment of the Hollywood Studios experience, but their humor is not currently part of the line-up at the park.

4. Runaway Railway is a huge asset to the park.

Here’s a bit of good news. Fans may remember that Mickey and Minnie’s Runaway Railway opened in the park on March 4. But only 12 days later, Disney’s Hollywood Studios was closed due to the pandemic, so most fans didn’t have the chance to experience the newest attraction at the park. If there’s anything good about the closure and phased reopening of the park, it’s that the wait times for this awesome new attraction are so short. In just two days’ time, we had experienced the attraction five times. Yes, FIVE times. It’s an amazing 2 ½ D attraction—3 dimensions, no glasses. It’s honestly one of my favorite Disney World attractions of all time. I hope you get to enjoy it soon too!

3. No character meet-and-greets, but something kinda cool, nonetheless.

In order to keep Guests and Cast Members safe, there are currently no character meetings. But Guests can still see characters—at least from a distance. And the most fun part is that you never know when you will see characters. “Pop-up” mini-parades take place a few times a day at Disney’s Hollywood Studios, so whether it’s Woody, Buzz, the Incredibles or friends from Disney Junior, keep your eyes peeled along Hollywood Boulevard—you never know when a mini-parade will take place.

2. Hollywood has been the hardest park to reserve.

Who knows if this trend will continue, but in the first three weeks of the Walt Disney World Resort’s reopening, reserving a day at Hollywood has been the most difficult—not impossible, but difficult. So if you’ve got your heart set on the Golden Age of Hollywood park, make your reservations as soon as possible.

1. The magic is still there.

Whether you love the classics like Tower or Terror, Rock ‘n’ Roller Coaster and Toy Story Mania, or the newer additions like Slinky Dog Dash, Millennium Falcon: Smuggler’s Run or Rise of the Resistance, the magic is still palpable as always. Maybe one of the nicest surprises in the park? The One Man’s Dream attraction is back to showcasing the Walt Disney story in the theater of the attraction, rather than box office previews—obviously since the box office is null and void at present. We hate it for AMC, but we love that Walt is back to sharing his story again.