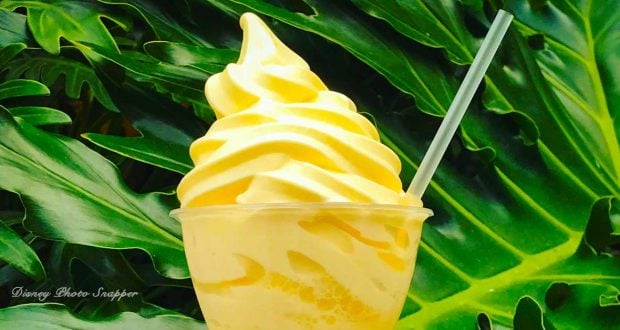 The Top 3 Snack Foods at Each Walt Disney World Park

Walt Disney World in Florida is one of the largest and most visited theme parks in the world. For many families a Disney vacation is a once-in-a-lifetime experience. For others it’s an annual, monthly, or every weekend event. No matter how often you visit Disney World you will be creating magical, happy memories that will last forever. All the Disney theme parks are filled with thrilling rides, fascinating attractions, outstanding live entertainment, colorful parades, brilliant fireworks displays, and unique shopping and dining choices. Let’s take a look at three popular snacks from each of the four theme parks.

Disney World popcorn is the best tasting popcorn I have ever eaten.  What makes it so delicious is the fact that the kernels are popped in a combination of coconut, corn, and canola oil, and seasoned with kosher salt.  The popcorn is fresh, hot, and comes in several flavors and sizes, or you can choose a Disney-themed character bucket, which makes an excellent souvenir after the popcorn’s gone.

Children and adults alike love this classic frozen treat of vanilla ice cream covered in a chocolate shell on a popsicle stick.  What makes it so popular is not only the taste but the fact that it is in the shape of Mickey’s head and can be found at vendor carts located all over the Magic Kingdom.

Who can resist this refreshing frozen treat found in Adventureland at the “Aloha Isle”.  Dole Whip is a non-daily soft serve mixture blended in pineapple, vanilla or swirled flavors served in a plastic cup.  A pineapple float is also available with pineapple juice and vanilla soft serve.

We all know how yummy a funnel cake is, and when you top it with vanilla ice cream, it becomes a decadent delight.  You’ll find this flavorful treat at the “Oasis Canteen” near the “Indiana Jones Stunt Spectacular” attraction.

This chocolaty treat can be found in Toy Story Land at “Woody’s Lunch Box” located near the “Alien Swirling Saucers” attraction.  The tart is made with a puff pastry stuffed with a chocolate-hazelnut filling, coated in maple fondant and candied bacon; a sweet surprise for your taste buds.

This savory snack is made with a fried wonton wrapper filled with pineapples and cream cheese, then sprinkled with sugar.  It’s a hand-held sweet treat that can be found at “Pongu Pongu:, a small Pandor-themed drink stand across from the Valley of Mo’ara.

Take one large and two smaller warm, luscious cinnamon rolls, cover them with a warm vanilla icing, stick them together in the shape of Mickey’s head, and you’ll have one mouth-watering sweet treat, large enough to share with a friend.  You can purchase this wonderful pastry at the “Kusafiri Coffee Shop” next door to the “Tusker House Restaruant”

The beauty, magnificence, and sheer size of this open air food court is filled with an atmosphere of peace, tranquility, and good food.  You can choose from several counter service venues offering American and Asian entrees, a bakery, and several “Grab & Go” sections.

Located just outside the entrance to the UK Pavilion (outdoor streets of London with lots of shops), is the “Yorkshire County Fish Shop”.  Here you will find the best crispy, crunchy fried fish filets and French fries (fish & chips), that you would find in London, England.  One bite of one of these flavorful fish filets and you will be “hooked”.

Located near the popular Test Track attraction, you’ll find “Taste Track”, the only place at Disney World where you can purchase this marvelous, succulent, delightful cross between a croissant and a doughnut. It’s made of thin layers of light and fluffy dough, deep fried and topped with cinnamon and sugar.  Try it with a dollop of vanilla ice cream for a truly heavenly snack.

These are just some of the best snacks in all of Walt Disney World’s four theme parks.  There are so many more to choose from.  I would suggest that you try a snack or treat that you’ve never had before.  Sometimes, though, a simple piece of fruit, a box of popcorn, or even a simple ice cream cone is all you need to quell your snack attack. No matter what you’re in the mood for, you’ll find a Disney World snack that will satisfy any sweet or salty craving.