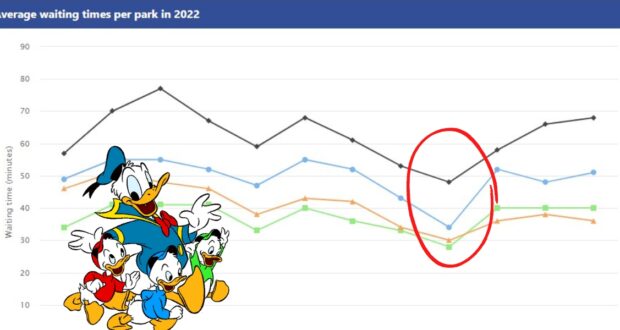 This was the Best Time to Visit Disney World in 2022

2022 was a crazy year for the Walt Disney World Resort, especially in matters of crowds. At no point during the year did the flow of Guests seem to slow down as it had in the past. Post-holiday slow seasons appeared to be non-existent as a combination of “revenge travel” and families taking advantage of their school systems’ over-drawn covid-justified online learning protocols put the idea of traditional vacation windows to bed.

However, one slowdown period did appear this year, and end-of-the-year statistics from @WDWStats confirm it.

Based on the average wait times, September was the best time to visit Walt Disney World in 2022, with May coming in a close second. 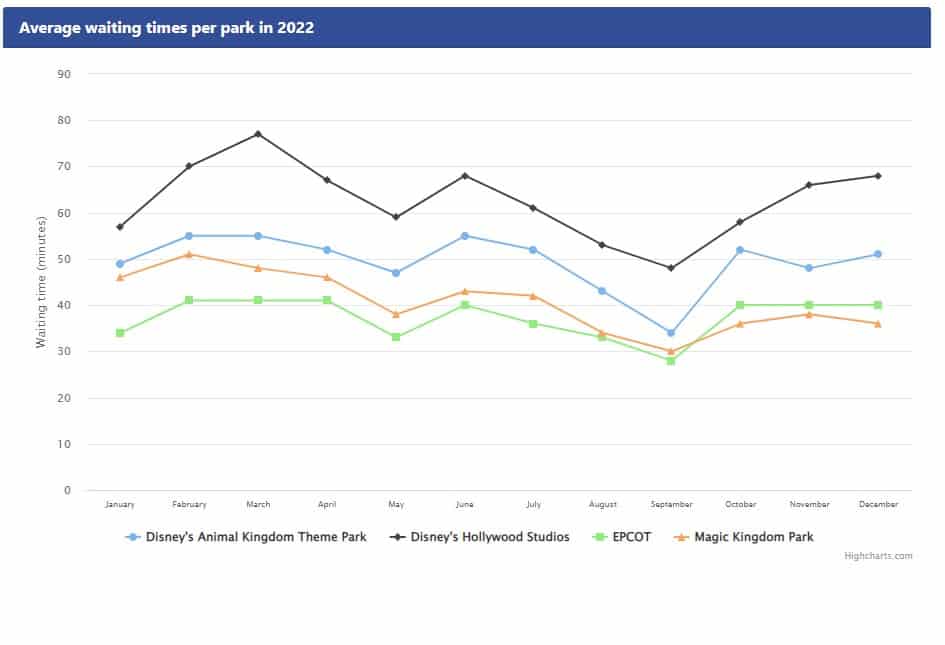 Graphs from @WDWStats show that there was a slight drop in wait times across Magic Kingdom, EPCOT, Disney’s Hollywood Studios, and Disney’s Animal Kingdom in May 2022 and then a much more drastic drop in the latter half of summer that bottomed out in September 2021. Disney’s Animal Kingdom’s average wait time dropped to a year-low of almost 30 minutes. Disney’s Hollywood Studios’ wait times dipped below 50. Magic Kingdom Park hit 30 minutes on average, and EPCOT recorded the lowest average wait times of the year at less than 30 minutes on average.

This dip is also visible when looking at the average wait times for all the different rides across all four Walt Disney World Resort Theme Parks.

As we previously reported, Star Wars: Rise of the Resistance was the clear winner in the popularity contest, recording a peak average wait time of over 90 minutes in the month of February. But it also dipped to its lowest monthly average in September of less than an hour. In fact, a vast majority of attractions across the four Theme Parks recorded their lowest monthly average wait times in September 2022. It should be noted that Expedition Everest was closed in February and March of 2022.

While this significant plunge in crowds was noticed by Disney Fanatic around Labor Day weekend, there is little doubt that Hurricane Ian’s visit and disruption at the end of the month solidified the low-point numbers.

It is unclear, of course, if history will repeat itself in 2023, but if you are planning your next trip to the Walt Disney World Resort this year, you might want to look at this data for the least crowded time to go.