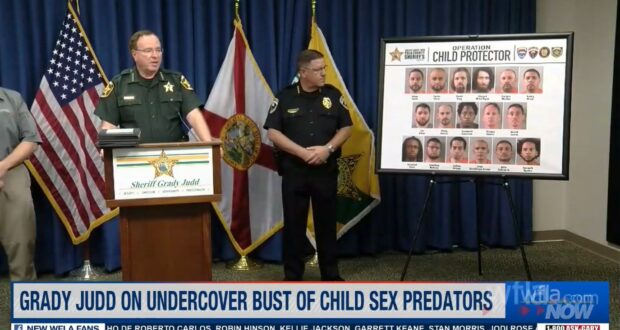 Hard news to share coming out of Central Florida. Seventeen suspects have been arrested in an undercover child predator sting. Of the seventeen it is now being reported that three of the suspects are Walt Disney World Cast Members. The names and former locations of where these Cast Members worked have been released.

According to WFLA: “Seventeen people from across central Florida have been charged “Operation Child Protector,” a six-day undercover investigation into child predators held by multiple agencies. Sheriff Grady Judd said all of them intended to engage in sexual activity with what they believed were children, but instead, they encountered undercover officers who were posing as children online.”

The report goes on to share that among the suspects were three employees at Disney World including couple Savannah and Jonathan McGrew (both worked as custodians at Disney’s Hollywood Studios) and Kenneth Javier Aquino (a lifeguard at Disney’s Animal Kingdom Lodge).

In total, the 17 suspects face 48 felony charges and two misdemeanors, with nine of them having criminal histories. To view the article details and list of suspects names, visit WFLA. We’re thankful for “Operation Child Protector” and the success in arresting these 17 predators.