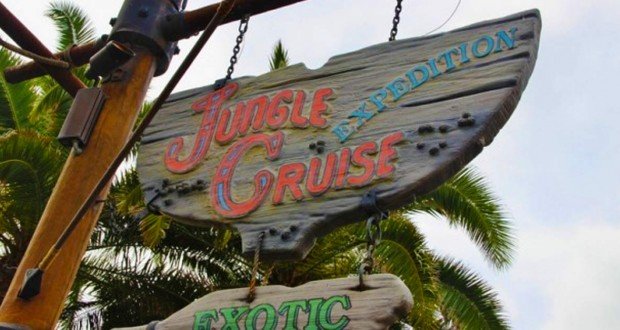 What makes an attraction a “classic”? Perhaps it has something to do with a combination staying power and longevity, nostalgia, popularity, and familiar Disney whimsy that makes adults and children alike want to experience it over and over. Here is our Top 10 list of Disney World’s classic attractions of all time.

Perhaps not a classic in the same way that the Fantasyland dark rides are classics, Space Mountain’s popularity and staying power cannot be ignored. It’s the centerpiece of Tomorrowland, and its structure is a landmark in the parks. It has been replicated at all of the Disney parks and always has a long line of fans waiting to ride it. Space Mountain was the first attraction to prove that there was indeed a place for thrill rides at Disney parks.

The Haunted Mansion is extremely popular- a true cult favorite. No park visit is complete without a trip on the Doom Buggy through the mansion. Not only has the spooky Haunted Mansion enjoyed its stay in the park since opening, but subsequent Disney parks (Disneyland Paris, Hong Kong Disneyland, etc.) have all made their own versions of it.

8. Pirates of the Caribbean

Yo ho, matey. Pirates of the Caribbean was the last attraction that Walt Disney oversaw himself. Unfortunately, he died 3 months before it opened at Disneyland. Pirates of the Caribbean can be found at Disneyland, the Magic Kingdom, Tokyo Disneyland, and Disneyland Paris. This classic is a family favorite, perhaps with the exception of young children who may not tolerate the small drop in the ride. The attraction has remained so popular that it has an entire movie franchise based on it.

The Jungle Cruise is another favorite of many. The humorous boat ride will take you on a tour of the world’s most famous rivers, complete with “perilous” obstacles around every turn. Diehard fans have memorized the names of the boats, along with some of the corny jokes told along the cruise. While there is a script for the Cast Members who drive the boats, you will find a great deal of ad lib humor on your voyage. Take the cruise after dark for an even more adventurous time. You can enjoy the Jungle Cruise at any of the Disney parks, with the exception of Disneyland Paris.

The Mad Tea Party is a simple spinning teacup ride, and it has been a park staple since opening day at the Magic Kingdom. Although not a particularly innovative ride, seeing a family spinning on the teacups is an iconic Disney image- one that you’ll often see featured on commercials beckoning you to take a vacation.

Nothing says “classic” like a ride that basically simulates being the passenger of an erratic and possibly drunk amphibian driver, right? Unlike other classic Disney dark rides, this one was a bit more tumultuous, with many twists and turns. At one point, a collision seemed inevitable as ride vehicles seemed like they would crash into each other. Guests aboard the wild ride were taken through scenes from The Wind in the Willows, and the scenes varied depending on whether you were on track 1 or track 2. In retrospect, I wonder now if I ever got to experience both tracks; I suspect that I did not. This favorite was replaced by The Many Adventures of Winnie the Pooh in 1998. Fans of this classic can venture to Disneyland in California and still enjoy the attraction.

Gone but not forgotten, there’s no denying that Snow White’s Scary Adventures was truly a classic attraction at Walt Disney World. (If you’re visiting Disneyland, Tokyo Disneyland, or Disneyland Paris, be sure to ride it- they all still have it!) Snow White’s Scary Adventures opened with the park and closed in May 2012. Now, Princess Fairytale Hall, a meet-and-greet venue, stands in its place. Fun fact- this ride was a favorite of an autistic boy named Ben who rode it 3500 times. The last time the ride operated was his ceremonious solo ride. There’s even an entire book written about Ben’s adventures.

This classic was originally created for the 1964 World’s Fair, and was later brought to Disneyland. When Disney World opened, it too had a version of the ride. It’s a small world is such an iconic experience that each of the 5 Disney parks locations worldwide has one.

My personal favorite of the Disney dark rides is Peter Pan’s Flight. Peter Pan’s Flight takes you on a flyover of London and through scenes from the beloved film. Despite the relatively low thrill factor of this classic, it usually has one of the longest wait times of any attraction in the park.

Dumbo exemplifies “classic Disney” and it would be hard to imagine the Magic Kingdom without this favorite. There’s nothing intricate about this ride, but a ride through the sky on Dumbo’s back has become regarded as the iconic Disneyland/Magic Kingdom experience. It hasn’t been without changes, though. A few years ago, Dumbo was moved to its new location in New Fantasyland, and was duplicated to help ameliorate the demand for this popular (and slow-loading) ride. A new indoor circus-themed waiting area was also created- it’s a destination in itself that little ones may enjoy even more than the actual ride!

Which of our favorite classic Disney rides of all time is your all-time favorite? Would you consider a trip to a far-away Disney park to ride an old favorite that has since closed at Walt Disney World? I know I’m thinking about it!

– 8 Facts About Pirate’s of the Caribbean

– 7 Fun Facts About The Haunted Mansion