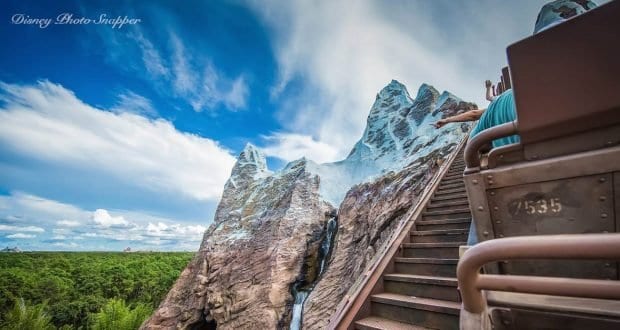 Ah, Disney’s Animal Kingdom! The Tree of Life, the animals, the birds, the sounds of lively festival music. Is there anything better? You’d be hard-pressed to find a place with a wider array of offerings in family fun, education and entertainment. But wouldn’t you know it—like all wonderful places, Disney’s Animal Kingdom isn’t immune to many common myths and misconceptions—and some straight-up lies. So let’s take a look at this fascinating park and set the record straight on these 10 common Animal Kingdom lies, misconceptions and otherwise non-truths.

Contrary to popular belief, Disney’s Animal Kingdom isn’t just another zoo with ornamental Mickey shapes in the iron gates around the park. This misconception is usually held by those who haven’t yet visited the park. Yes, there are animals in the park, but there’s so much more! And even the animal-themed attractions are presented in a way that only Disney could pull off.

While parts of Animal Kingdom have that jungle vibe like Jungle Cruise or a tropical vibe like that at Walt Disney’s Enchanted Tiki Room, experiences at Disney’s Animal Kingdom aren’t simply newer takes on Adventureland’s attractions. At Animal Kingdom, Guests are truly immersed in not only the flora, fauna and animal life of different parts of the world, but also in the culture and diversity of those areas as well.

8. It’s unfair to the animals.

Some feel that keeping animals in a zoo or similar place is unfair to the animals themselves. Surely Disney doesn’t have enough space for all the animals, right? Naysayers and not-yet-visitors might be surprised to learn that Disney’s Animal Kingdom encompasses more than 550 acres! It’s such a huge, expansive park that even frequent visitors can become exhausted from navigating the park. The biggest area of the park is the savanna, which is home to elephants, lions, cheetahs and more—some of the larger members of the animal kingdom—and each has the space and freedom to roam freely and live out their lives as they would in a natural habitat.

7. There’s not really anything magical about the park; isn’t this Disney World?

While much of the park is based on animals you might see in other zoos around the world, there is still an element of imagination and magic to the park. There’s no better example of this than the newest addition to the park—Pandora: The World of Avatar, based on James Cameron’s “Avatar” film. It’s a fascinating land with two rides, places to eat and an unbelievable likeness to the scenes from the blockbuster movie. How’s that for magic?

6. Ok, so it’s not a zoo. But it can’t be that much different from a typical zoo.

When “Disney” is in the name, you can be sure that nothing is typical. Not only does the park showcase the World of Avatar, but there’s even a part of the park dedicated to prehistoric times. At Dinoland U.S.A., Guests can travel back in time to bring back an Iguanadon to the present day.

5. Sure there are animals, but that’s about it.

Disney’s “Animal” Kingdom is of course home to thousands of animals. But there’s so much more to the park. For example, there is a “Finding Nemo”-themed show** with some of the most fascinating puppetry you’ve ever seen! And the “It’s Tough to Be a Bug” 3-D interactive presentation gives us humans an idea about the daily struggles felt by the world of insects. And that’s just the beginning!

Wrong again. In fact, one of the most thrilling rides at the Walt Disney World Resort is Expedition Everest, a coaster ride in the Asia portion of the park that is based on Mount Everest and the long-held belief by some that a Yeti still lives in the Himalayan mountains. Watch out for that 80-foot drop—thrilling for sure!

3. The replica of Mount Everest in Asia is exact.

When you approach the queue for the Expedition Everest attraction, you will find yourself in the shadow of a small portion of the Himalayas, thanks to the genius of Disney’s Imagineers. And while it’s true that the Imagineers spent a combined total of several weeks in Asia soaking up the culture and photographing the mountains, etc., the truth is that what Guests see in Asia at Animal Kingdom is not what Everest looks like—not exactly. That’s because the faux mountains at Animal Kingdom include the “Forbidden Mountain” in the foreground and the peak of Everest behind and to the right of the mountain. The Forbidden Mountain is part of Disney’s story of the Yeti and its history as part of the attraction. But don’t worry, there’s no geography quiz upon disembarking the ride!

2. All the animals in the park are in captivity.

Once again, this just isn’t true. While most of the animals are captive—and exceptionally well cared for—the truth is that Florida is home to birds—lots and lots of birds. So while the flamingos at Africa’s Kilimanjaro Safaris are in their natural habitat and don’t mind staying there, several storks and even ibis tend to visit the flamingos and share the luxury of their natural pool. You’ll even see lizards along the walking paths, as well as ducks who’ve never met a stranger and even the occasional snake—but don’t worry—that’s an every-other-blue-moon kind of experience.

1. If you only have three days in the parks, this is the park to skip.

No way! Why would you skip the only Disney World park that’s home to thousands of animals—some you’ve never seen or heard of before, a huge tree made from an oil rig with more than 300 detailed animal carvings in its faux branches and trunk, the chance to bring back a dinosaur from the past, Pandora, a place where you can try food from the World of Pandora and more? The truth is, Disney’s Animal Kingdom should be the first park you visit, not the one you skip! What are you waiting for?

** Some attractions and experiences are not operating at this time due to precautions surrounding the COVID-19 pandemic and in an effort to keep Guests as safe as possible.