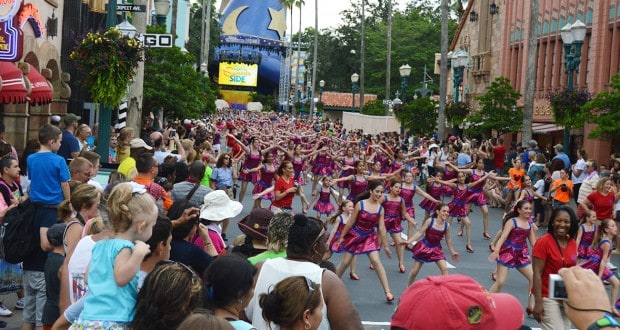 Top 10 Things to do at Disney’s Hollywood Studios

Disney’s Hollywood Studios takes you behind-the-scenes with live shows, exciting attractions, backstage tours and special events with the stars.  As you venture through the park, sections of which blend together like a large, bustling movie set, you’ll become a part of the glamour of 1930’s and 1940’s Hollywood.  Take a movie-inspired thrill ride, pose for photos with your favorite Disney characters, enjoy stage performances, sci-fi fantasy, film history and more at Disney’s Hollywood Studios.  Here’s our top ten list of things to check out when visiting the park:

9. Beauty and the Beast – Live on Stage

This show is based on the popular animated film Beauty and the Beast and includes a number of the songs and characters Broadway-style at the 1,500-seat Theater of the Stars, on Sunset Boulevard, at Disney’s Hollywood Studios. Be ready for live singing and acting along with a little bit of pre-recorded audio. Take our word for it… be our guest!

Picture a stunt show featuring cars and motorcycles performing fast-paced chase sequences. Get the inside scoop of some of the tricks used when filming these types of scenes for movies and television. Not our favorite show but definitely worth seeing at least once.

You’ll love this fast-paced tour through soundstage sets from classic films including Casablanca, Tarzan, The Wizard of Oz, Alien, and Raiders of the Lost Ark. After you enter through a re-creation of Hollywood’s Chinese Theater, you’ll board vehicles for a ride through each set which is populated with new-generation Disney audio-animatronics, live actors, and some awesome sound and lighting effects. This is one of Disney’s larger, ambitious, dark rides encompassing 95,000 square feet and includes some of the most famous scenes in filmmaking with life-sized audio-animatronic sculptures of stars, including Gene Kelly, John Wayne, James Cagney, and Julie Andrews.  This attraction includes the largest sets ever constructed for a Disney ride.

You’ll enjoy being part of the Muppet 3D madness in this collaboration between Jim Henson Productions and Walt Disney Imagineering.  Appropriate for all ages.

If you’re a Star Wars fan, you simply can’t miss this attraction!  As a guest on this ride you’ll be on the way to the moon of Endor when the accident-prone robot pilot accidentally veers off course – oops!  Consequently you’ll end up right in the middle of the battle to destroy the Death Star. Don’t miss the gift shop full of Star Wars memorabilia where you can get gifts for all your sci-fi buffs!

4. Voyage of the Little Mermaid

Woohoo – this show is awesome even if you aren’t an Ariel fan and includes a mixture of live action, audio-animatronics and black-light puppetry.  This is another ride that’s great to take in during the afternoon to get out of the heat.  Added bonus if you’re overheated – you’ll get a light spraying of water during this production!

The second fastest ride at Disney World will fling you from 0-57 miles an hour in 2.8 seconds while you enjoy tunes from Aerosmith.  Seriously – who thinks these things up? You’ll definitely want to FastPass this ride as lines get really looooooooong.  Riders must be at least 48 inches tall.

Find a seat in a huge amphitheater where cast members demonstrate stunts from Indiana Jones movies. Be prepared for a little audience participation as volunteers are included in the action! This is a great attraction to take in during the heat of the afternoon because seating area is shaded.

Definitely one of the biggest thrill rides at the Disney World Resort! This thrill ride takes place in the Hollywood Hotel where guests are ushered to the elevator as if they’re going to their rooms but once on the elevator, something goes horribly wrong and the elevator plummets 13 stories.But wait, there’s more!  It rises back a second time up only to fall again.  Passengers must be 40 inches or taller. Tip: Get an early start and be there when the park opens and head straight to this ride and get a FastPass for later in the morning, then in the meantime, catch a ride on Rockin’ Rollercoaster.

Frozen, one of the biggest blockbuster films in Disney history, is part of the action at Hollywood Studios in a BIG way! Beginning with a processional of all your favorite Arendelle characters in “Anna and Elsa’s Royal Welcome” right up the main boulevard at Hollywood Studios, culminating in a singalong on the sound stage before the Sorcerer’s Hat. Perhaps the best part is the “Frozen Fireworks Spectacular” which takes place on select evenings throughout the summer. This and other Frozen features are only available through September 28th. I guess they have to get back to Norway to take care of matters of state in their own castle for the winter! 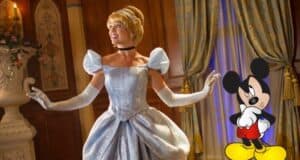 Nearly Impossible Requirements to Be a Disney Princess in the Parks 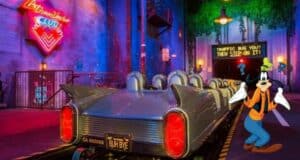 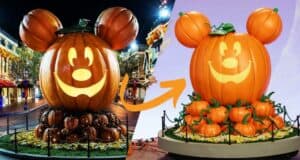