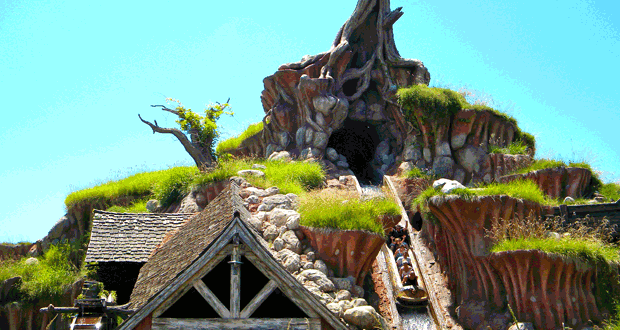 Top 5 Things You ‘Must Do’ In Magic Kingdom’s Frontierland

The Magic Kingdom is probably the most popular park at Walt Disney World. If you can’t go to any other park, I suggest you go there because it is so magical and is well worth a trip to Walt Disney World. One of the main things that make Magic Kingdom so unique is that there are four different “lands” within Magic Kingdom. The land we are going to focus on today is Frontierland and things to do here. Frontierland has a western theme and makes you feel like you are in the Wild West. Frontierland is one that is fun and adventurous. You don’t want to miss it.

5. The Country Bear Jamboree: This cute show is a crowd favorite that will bring both humor and fun to your day. This attraction has been here since Walt Disney World opened and is definitely a classic that you don’t want to miss! The Country Bear Jamboree is one for both young and old. I think that this show is worth 10-20 minutes of your day, and it gets you inside in the air conditioned theater on a hot summer day. You don’t want to miss out on this gem in Frontierland!

4. Tom Sawyer Island: Tom Sawyer Island is a little island off of Frontierland that is definitely a hidden gem. You take a boat out to the island where there are trails, hidden treasures, and much more. If you are looking for a relaxing walk for a little while, head to Tom Sawyer Island. This island is often overlooked by many Walt Disney World guests and offers a different point of view of the castle and the park as a whole. It is worth taking the trip to the island and spending some time to look around.

3. Pecos Bill Tall Tale Inn and Café: This is a quick service restaurant that offers anything from BBQ to Taco Salad. It also serves Angus Burgers and chili. They also have a lot of desserts to choose from. It is always buzzing with people, but is totally worth the waiting for your food. Once you get your food, there is so much that is almost impossible to eat it all. It has a western theme and will make you feel like you have walked into the west. This quick service restaurant is one credit on the Dining Plan and it is totally worth it!

2. Big Thunder Mountain Railroad: This attraction is one of the biggest attractions at Magic Kingdom. It is one of the well-known “mountains” that are located in Magic Kingdom. Big Thunder Mountain Railroad takes you on train ride through an old abandoned gold mine at a very fast speed. While riding this ride, you get a great view of the park…that is if you can look fast enough to see it. It’s known as the Wildest Ride in the Wilderness and it definitely is that! You do not want to miss out on this fun ride.

1. Splash Mountain: Probably the most well-known and most ridden of the mountains, when riding this ride you are in for a real splash! Take a ride through the Briar Patch with Brer Rabbit, Brer Bear, and Brer Fox. Brer Rabbit is up to his old shenanigans and getting into trouble when he gets caught, things go downhill (literally) from there. At the top of Splash Mountain you get a spectacular view of the castle and then down you go through the briar patch! Try not to get too wet because the splash is HUGE! This ride is probably the most popular ride in Frontierland and you might need a FastPass so that you don’t have to wait a very long time in line.

As stated above, Frontierland is not one in which you want to skip. Though it’s not the biggest land, it still has some of the best rides and attractions. It also holds two of the three mountains, which is a pretty big deal. When stepping into this land, you feel like you are being transported to the Wild West. It is so much fun and worth spending some time there. It also is one that younger and older kids can go to and that way the whole family can enjoy a lot of time together while riding rides, watching shows, and eating together. Don’t miss out on Frontierland because you will definitely regret it.

I love talking and reading and breathing and everything Disney. I am married to an amazing man who also has a love for Disney. I love Walt Disney World and we try to visit as often as we can. I am thankful for a mom who raised me to have such a love for Disney and of course for Walt Disney and Mickey Mouse! My favorite characters are Minnie Mouse and Belle. I have an English Degree and I love to write so I am so excited that I am able to put my love of writing and Disney together. Thank you for reading my articles and sharing in my love for Disney! 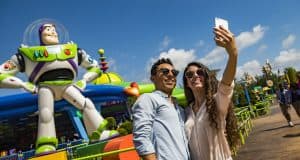 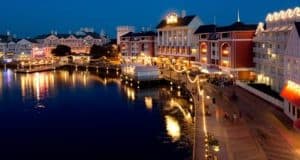 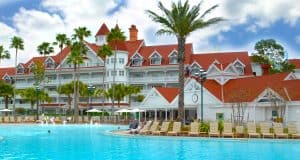