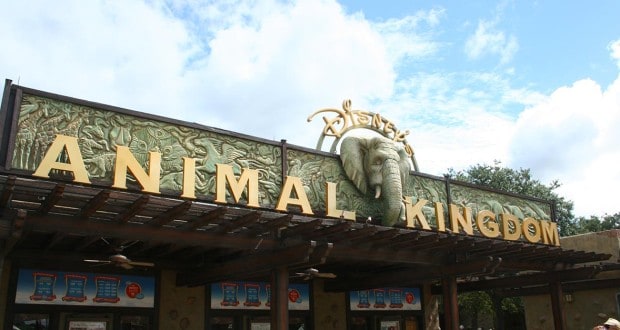 Animal Kingdom has had some nice changes to their daily offerings this year and they have some more Disney magic up their sleeves for 2017. Here is a look at some of the exciting changes they made and what there is to look forward to in the coming year. Typically there wasn’t much to do in Animal Kingdom after the early afternoon. But now you can take part in some wild nighttime adventures.

8. Nighttime Safari – Head over to Kilimanjaro Safaris and catch a ride at dusk. Here you can see the nightly habits of all the animals on the savanna. You can witness first hand the animals and the beautiful African landscapes.

7. Wild Rides – If you are looking for a fun adrenaline rush, you can enjoy Kali River Rapids and Expedition Everest at night. Nothing adds a little more excitement like riding a one of these attractions at night.

5. Dinner and Drinks in the Wild – If you have a little extra money and want a very exclusive behind the scenes look at the safari, then book the Savor the Savannah dining experience. You will get a private guided tour of the safari in the evening. After, you will dine on African inspired tapas and beer and wine from the region. You even leave with a keepsake to commemorate the experience.

4. Tree of Life Awakening – Make sure to find a spot around the Tree of Life at dusk. Here you will see it light up into beautiful colors. The spirit animals on the tree come alive in a display of lights.

3. Street Party – Head over to Discovery Island for the Discovery Island Carnivale. This is a lively party that begins as the sun goes down. The Viva Gaia Street Band will dance and drum its way down the street from one end of Discovery Island to the other where they will then take the stage for a performance with colorful costumes and performers.

2. River of Lights – One of the most exciting things coming to Animal Kingdom in 2017 is the new water show. River of Lights is a music-filled water and light show performed on the Discovery Island Lagoon. This never before seen show is going to be a visual and musical storytelling event with footage from Disney Nature, 100’s of lanterns and jets of water, fire and music. The opening date is still not announced yet, but keep an eye out because you will be able to get fastpass + for the shows.

1. Avatar – You can’t talk about the changes to Animal Kingdom without talking about the new Avatar land opening in 2017. The new Pandora is set to take guests to the world of Avatar complete with floating mountains and glowing plants. One ride set to open is a family friendly river ride. You will travel down Na’vi River through a rainforest and also see some of the characters from Pandora. Also set to open is a more exciting ride called Avatar Flight of Passage. This is a fast pace ride on a banshee over Pandora. There will also be a new restaurant and bar opening up in the Pandora theme along with new shops. Again these new attractions are set for a Summer 2017 opening, but are sure to be an exciting change to Animal Kingdom.

So now you know there is plenty to do after the sun sets at Animal Kingdom, with more to come. Animal Kingdom at night is a whole different way to experience the park and the Disney magic.